The Whole World Is Wrong Today

Deer Tick’s latest record, The Black Dirt Sessions, is far and away their best. 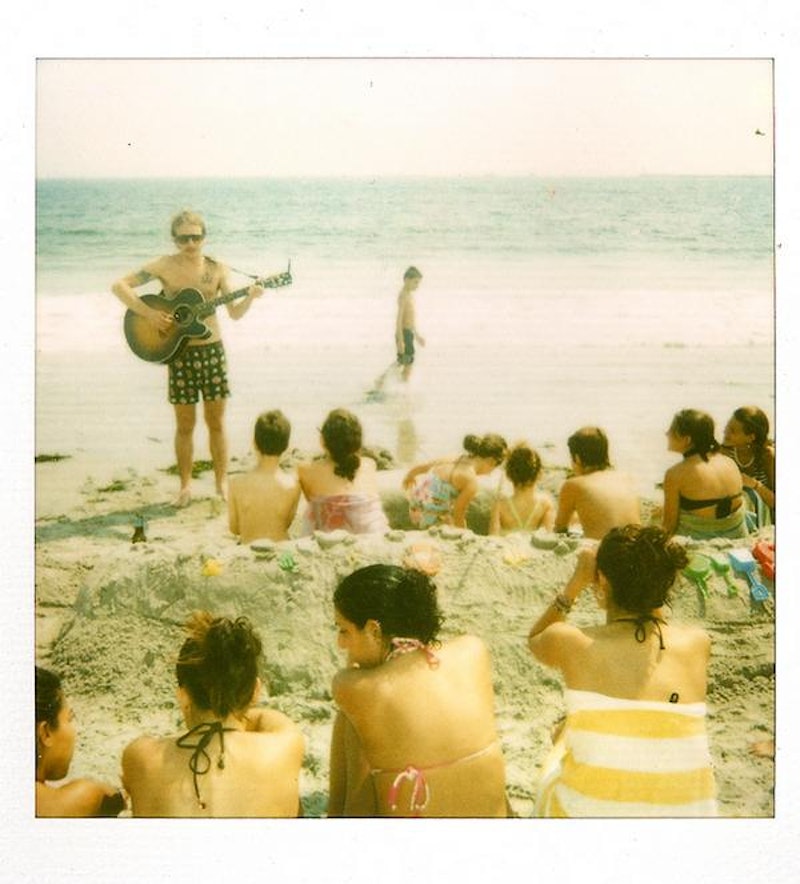 Deer Tick’s most recent album, The Black Dirt Sessions, is bookended by hymns—certainly not the traditional stuff of church, but nonetheless John McCauley’s third record as Deer Tick is leaden with a pain that seeks an answer greater than the summation of chord progressions and melodies.

The record hits its high-water mark of sadness on the third track, “Goodbye, Dear Friend.” The song is visceral: the bed is unmade, the alcohol-filled body is in McCauley’s arms; memory is sensorial, because, “You carry on / in pictures and in songs / and the unmade you slipped in / where I laid you down to rest one last time / Goodbye, dear friend.” When those we love are gone, memories wreak havoc on the material. The spaces we occupy are filled with metaphor, the chest cavity loses its relationship with gravity; the core of your emotional pain is severed from the endless long division your rational, objective self hashes out in order to make it to the next breath.

The song’s lone piano, the recording studio, a few lyrics—“you” carries on via these inanimate things, charged with an all-consuming, hallowing emptiness. A physical presence is barely able to convey the oceans of love and experience we are so blessed to receive from our friends and families and lovers. Once that presence is gone, the rest is static. On “Mange,” McCauley sings, “we’ll go our separate ways to put new blood in our systems.” If only it were that easy. Born on Flag Day’s “Song About a Man” follows the same sort of trajectory: “How can a man feel anything/when all he’s ever got was sympathy.”

“Goodbye” is followed by “Piece By Piece and Frame By Frame,” the title suggesting an attempt to pin down the infinity of choice that each moment offers. How often we silently beg for a second chance, a chance to change something—anything—in the endless domino effect of friendships, jobs, happiness, family, love. McCauley gives up on this track; the refrain is a string of da-das, as if he ran out of lyrics in “Goodbye, Dear Friend.”

Sessions is a gallows-humored record. The slow-stepped country ballad “When She Comes Home” sounds about 30 bpm too slow. The ride symbol falls, almost as an afterthought, on the one and three, then just the three, over and over. McCauley opens with, “The whole word is wrong today”; throaty male voices and breathy female falsettos alternate on background vocals—McCauley knows how to layer harmonies. With, “Those things I want to say / well they will go unspoken / always,” “they will go unspoken” rises from the mix with a perfect crescendo. The words are in fact being spoken through the act of a multi-tracked lyric, replete with McCauley’s cicada-humbled harmonies.

Deer Tick’s three records share a familial connection with the kind of country music the wider music community can so easily take for granted. The country swing that undergirded “The Ghost” and “Spend the Night” (On Born on Flag Day and War Elephant, respectively) is found on “Hand in My Hand” and “Twenty Miles Off”—with a healthy dose of melancholia voiced by the clear-cut guitar tones sprinkled in the background. Country music is often derided for it’s saccharine cheesiness. Clichés, often as not, contain a seed of real catharsis, and the alt-country movement, spearheaded by earlier bands like Son Volt and Wilco, has incorporated country music’s ethos just enough to keep it from dragging down the ticket.

“The Sad Sun” is just an acoustic guitar and some harmonies, yet it achieves the same gentle wall-of-sound effect as “Goodbye.” It’s a melody you imagine the singer same up with in his head “on the way to the Cape.” A single hammer-on hammer-off riff at the head of the verse is the song’s only ornamentation; it’s akin to the Beatles-infused “Hand in My Hand,” which pivots on a brilliant rhythm shift between the verse and choruses, with falsetto harmonies fluttering above the noise.

The 11-track record’s finale is “Christ Jesus,” a re-cut of the second-to-last track of the same name on War Elephant. The placement of a paired-down last track as the end of a record is a pretty worn technique—fuck it: “Christ Jesus” returns, lyrically and musically, to the tone set by “Choir of Angels” and “Goodbye, Deer Friend.” It's an outro hymn—a grating, prayerful exodus. McCauley is singing about himself and the struggle he and an unknown, royal We, are facing.  (The string accompaniment is the only out-of-place choice in the 46-plus minute record.) The content is vague; images of drowning and the struggle to breath are frozen in time immortal, yet they aren't clichés, here. McCauley’s vocals reach the kind of cathartic overdrive that just destroys you on “Nevada” on War Elephant and “Little White Lies” on Born on Flag Day.

Sessions is by far Deer Tick’s most complete record to date. It lacks standout tracks that populate War Elephant and Born on Flag Day, and yet is an unmistakable dirge, a eulogy’s stepchild. Complicating the timeline, though, is the fact that this record, like the past two, is made up of songs written when McCauley was in his mid-teens.

Listening to McCauley’s complete recordings, a handful of burned CDRs that were handed out at early shows, it’s pretty shocking that someone so young put together such an incredible array of music. That they’re finding full realization in the studio years later is even more wonderfully disconcerting—his music holds up, setting the bar yet higher with each pass.