The Slow Fade Of Girl Rock

This University of Arizona columnist describes her love of the 80's and 90's girl rock bands, and how the core of that movement seems to have faded away in a fog of make-up, cheap imitations, and bad music. 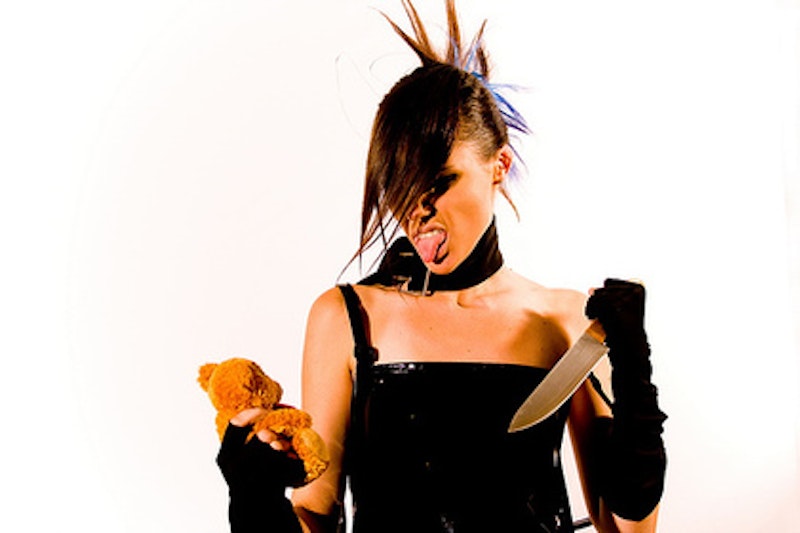 "It's time for a new rock 'n' roll age," Corin Tucker shouted on Sleater-Kinney's 2000 album All Hands On The Bad One.

She was, of course, referring to a time when all-girl bands would cease to be considered second-rate musicians, measured constantly against their male counterparts.

She couldn't possibly have been predicting the present-day soundscape, as a look around reveals a disheartening lack of truly inspired female bands rocking out - unless you count the bland panorama of cutesy Southern belles and Eurotrash sex kittens.

Sure, to some, the the story of women in rock is a tired dialogue. But it's not just rock 'n' roll that's lacking. How many female stand-up comedians, for example, can you name off the top of your head? Ones that are actually funny? Sarah Silverman. Margaret Cho. Tina Fey. Amy Sedaris. Here's another non-surprise: All these comedians are, by most people's standards, quite attractive.

They succeed because they're willing to make themselves ugly for the sake of entertainment, just as '90s riot grrrls like Kat Bjelland and Kathleen Hanna fully embraced being angry to get their message across. Even bands without a political bend still had to acknowledge they were operating within a framework that wasn't ready to accept them. Consider Liz Phair's debut album Exile in Guyville, which referred to the male-dominated indie rock scene at the time and parodied the Rolling Stones' Exile on Main Street on the cover. Her liberated, often raunchy songs are played out now; Gwen Stefani has apparently sacrificed her originality to make bank copy-catting M.I.A.; Sleater-Kinney and Le Tigre are basically defunct.

It must be lonely being Karen O these days, because alongside her pictures in feminist magazines are bands like the Pipettes, the Brunettes and the Ettes. You know the type: They look like models, wear tons of black eyeliner and polka-dots and sing retro girl pop or Belle and Sebastian-esque twee.