The Question of Intention

Composer John Cage was a master of melody. 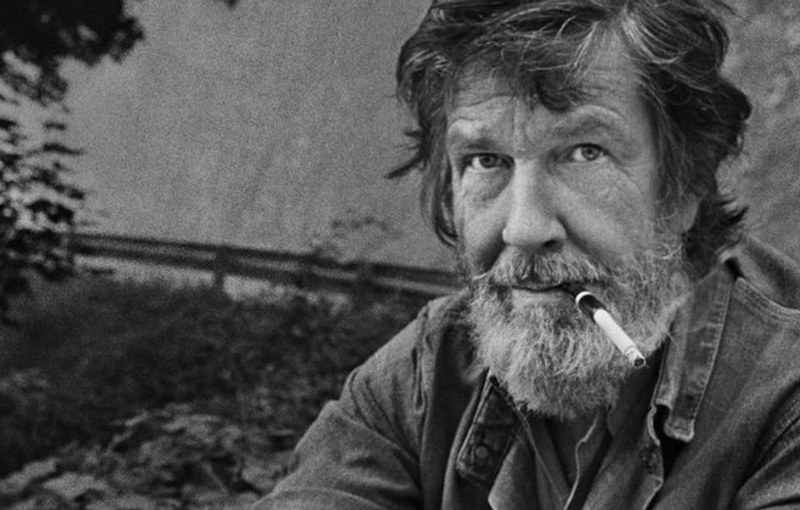 I spent part of my early life coming to terms with John Cage. I thought about him, read his works and struggled with their implications. As a teenager and young adult it sometimes felt like he was put especially on earth to torment me. Cage is so often declared a liberator that he could be a crushingly oppressive influence. It’s even more odd in the current age where abstract intellectual pursuits are rare, It shows how aesthetic values change.

When I was 14 my father gave me the box set of Cage’s Indeterminacy. This piece appealed to me because it’s filled with ideas and funny stories. It’s pretty straightforward: Cage reads 90 stories, giving himself a minute to get through each one. The longer ones he reads quickly, the shorter ones slowly. And while he reads, the composer David Tudor performs live electronic music which had no connection with the stories other than that it takes place at the same time. Later I became familiar with his other music, from the prepared piano music, to his tape music to his later works dealing with Finnegan’s Wake.

When I was studying music it was just as important at the Conservatory to learn what techniques to avoid as those to employ when writing music. It got down to the idea that if one wrote a melody supported by recognizable chords it was outdated. This was the attitude espoused by Pierre Boulez, the influential French composer and seconded by Karlheinz Stockhausen, his German counterpart, as well as many other post-WWII composers. Cage took it to a new level. As he developed as a composer, he became more and more concerned with the question of intention. He ultimately arrived at the position that a composer shouldn’t impose himself on sound. It may seem strange, even self-negating as a principle, why someone would want to compose and not impose himself on sound. But that’s what he vigorously defended. How was I to make his thinking fit in with the what I like, which are melodies, harmonies and clear musical forms? I felt at an impasse, for if what Cage stated was the true current state of the art (and Cage had said, “If I am right, then Beethoven was wrong”), then I was doomed to failure before I even started to seriously write music.

But I was always struck by how Cage stuck to his guns. He did his thing and if someone didn’t like it, they were free to leave. Perhaps the best example of his unbending principles was when he was asked to give the Charles Elliot Norton Lectures at Harvard. These lectures are usually an occasion for a composer to expostulate at length upon their philosophy of music. It’s like being chosen to occupy a spot in the Pantheon of the Immortals. Leonard Bernstein, Igor Stravinsky and Aaron Copland all had their turns. Cage, instead of reading a prepared philosophical text, read instead what he named “mesostics,” a literary form generated by chance (in this case computerized I-Ching chance) operations. The effect is one of a series of individual words, short phrases and run-on sentences with varying degrees of syntactic logic that lasts for several hours. It sounds like something between avant-garde poetry and babbling nonsense.

My difficulties resolved themselves. I think it was because through trial and error I built a foundation and went from there. What can I finally take away from my struggles with John Cage? I see Cage as a high-class entertainer. Not Jerry Lewis or Jimmy Durante but a constructor of intellectual entertainment. How else can one describe his piece for piano called 4’33’’ where the pianist doesn’t play a note? How else to describe putting screws and erasers in the strings on a piano or using the I-Ching to write your music? He had a shtick. And like all good entertainers, kept a straight face while doing it.