The Plan Is Back

The anatomy of an indie band reunion. 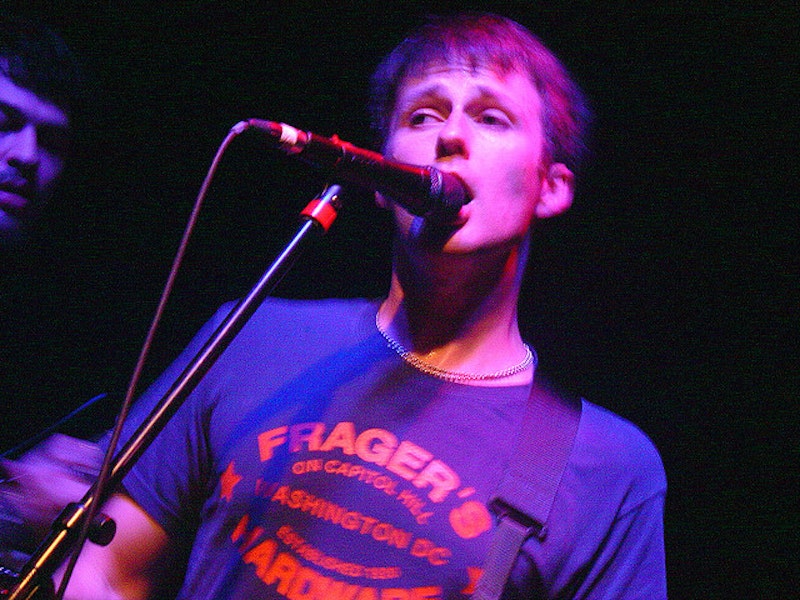 This month, the Washington, D.C. indie band The Dismemberment Plan ticked off several career milestones: their first network television appearance, on Late Night With Jimmy Fallon; their first album release on vinyl, a reissue of 1999's Emergency & I; and back-to-back sold out shows at the 9:30 Club, a hometown venue they'd only headlined a couple times previously. Those two previous gigs? Co-headlining with Death Cab For Cutie in 2001, and their supposed last show ever in 2003.

That The Dismemberment Plan seems bigger than ever now, seven years after their breakup, should be no surprise. As indie rock continues to grow into a burgeoning cottage industry that sells more records and tickets every year, older bands who either kept at it for decades, or decided to get back together after time apart, are reaping the rewards of a new generation that grew up on their music or now revere them as elder statesmen. One need only look at the size of the venues The Pixies have played since reuniting in 2004 compared to their heyday in the late 1980s and early 90s. The band reunion cycle has become a lucrative one at every level of the music industry (The Eagles notwithstanding), from blockbuster world tours by bands like The Police down to the humbler but still robust ticket sales of a run of club dates by a cult band like The Dismemberment Plan.

When they initially called it quits in 2003, The Dismemberment Plan had been steadily on the rise for their entire-decade long history, evolving from a hyperactive post-punk band to incorporating synthesizers and spastic rhythms to refining their pop instincts with increasingly sophisticated lyricism and creative, off-kilter arrangements. When the quartet amicably decided to put an end to their nonstop touring schedule and scrapped plans for a fifth album, frontman Travis Morrison took the songs the band had been road-testing before the breakup and revamped them for his debut solo album. 2004's impishly lighthearted yet politically conscious Travistan was torn apart by critics and widely rejected by Dismemberment Plan fans. And after a solid but ignored follow-up, Morrison referred to himself as "retired" from music on his website in 2009, moving to New York and working a day job.

Morrison and The Dismemberment Plan coming back together for a victory lap might seem like opportunism or an indulgent grab at past glories, but as demonstrated by a one-off benefit show they played in 2007, there are no hard feelings from the breakup, and it currently looks unlikely that the band will be recording a new album or going off on an extensive worldwide tour anytime soon. And on Saturday night at the 9:30 Club, the second of three hometown shows last weekend, the band clearly still enjoyed playing together, and had barely missed a beat in their time apart. Morrison briefly sang the wrong verse during "What Do You Want Me To Say?" and Joe Easley started to play "The Dismemberment Plans Gets Rich," a non-album single appended to the new Emergency & I reissue that's as tongue-in-cheek now as it was a decade ago, when the rest of the band was ready for a different song. Otherwise, however, the band's chemistry and musicianship was as tight as it ever has been.

In recent years, many older bands, particularly reunited ones, have taken to playing their best loved albums in concert, and while The Dismemberment Plan are too good at writing unique set lists each night to jump for that gimmick, they did lean heavily on Emergency & I on Saturday, even bookending the set with the album's opener and closer, "A Life of Possibilities" and "Back & Forth." The band also chose, somewhat oddly, to frontload their set with their more sedate, mid-tempo later material. Even more oddly, Morrison teased the audience about their muted reaction to those songs and seemed surprised when the energy in the room perked up as the band started unveiling faster, hookier songs like "Gyroscope" and "Do The Standing Still."

Still, Morrison's quavering tenor and rapid fire delivery were in top form, even when he couldn't help but puncture the seriousness of some of band's most somber songs, growling "THE DISMEMBERMENT PLAN!" in a cartoonish voice in between lyrics during "Timebomb."

Beyond the jokes, the mistakes or the context of the evening, however, Saturday's concert was simply a great chance to see one of the finest bands of its generation firing on all cylinders. Easley and bassist Eric Axelson are a rock solid rhythm section that draws on grooves from beyond rock music, from the furious drum 'n' bass dynamics of "The Other Side" to the stuttering funk of "Back & Forth." Axelson, Morrison and guitarist Jason Caddell all swap off between their primary instruments and synthesizers, supplementing chiming guitar tones with swirling, squealing texture and portamento keyboard melodies.

The show's biggest surprise came in the form of the encore's rendition of "The First Anniversary of Your Last Phone Call," a great b-side the band resurrected for the Emergency & I reissue and had rarely played live in the past. But the encore also featured the hoariest traditions of any Dismemberment Plan concert: the anthem "The Ice of Boston," during which dozens of audience members joint the band onstage for a sing-a-long, and "OK, Joke's Over," the perennial closing song in which Morrison often adds in lyrics from a current popular song, on this particular night Far East Movement's "Like A G6."

Last weekend's shows, and the other sold out shows they'll be playing over the next two months, may be the last chance to fans to see The Dismemberment Plan. But somehow that seems unlikely, and it'll be interesting to see what else comes of this sudden flurry of activity. After the band played Late Night last week, ?uestlove of Jimmy Fallon's in-house band, The Roots, tweeted about how impressed he was by their performance. He floated the possibility of inviting them to play his annual Roots Picnic, and it's easy to imagine how much this band would kill on the festival circuit this summer if they decided to go all in again.