The Latest From the Twin Cities

New EPs from CLAPS and Is/Is. 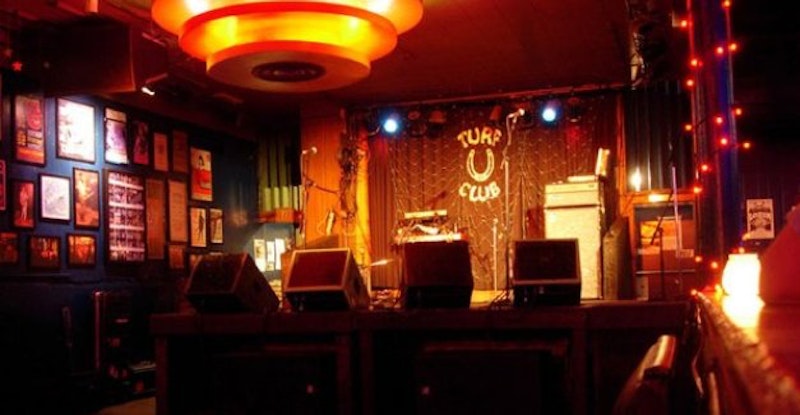 Two EPs from the Minneapolis label Guilt Ridden Pop landed on my desk last week: No Party, from the minimal synth band CLAPS, and This Happening, from all-girl rockers Is/Is (which my iTunes tried to tell me was actually Geography For the Leaving from the Rollers/Sparkers; thank God it wasn't, ‘cause Jesus that shit sucks.).

CLAPS is Jed Smentek, Patrick Donohoe and Sara Abdelaal, three college friends whose songs are little more than a drum machine beat, a synthesizer melody, and Donohoe's sort of generic 1980s vocals. And though it's kind of bland for me, the B-side remixes make it a more interesting EP than I first thought; split as it is between three originals, "Lost," "Red Dress," and "Game Undone," and remixes of those songs by local DJs. The remixes boast the band's experimental bent, and an interview with City Pages early in 2010 make it clear that CLAPS take this minimal synth stuff really seriously. As an homage to an under-appreciated genre, I can dig it.

Is/Is manages to mix both gritty, ass-kicking punk and dour psych-rock oh so very well. The four songs on This Happening are flailing, guitar-heavy, distortion-racked jams, balanced by Sarah Rose's dusty vocals. All three of Is/Is's ladies are veterans of the Twin Cities scene—Rose and drummer Mara Appel are from the now-disbanded First Communion Afterparty, while bassist Sarah Nienaber is from fellow Guilt Ridden Pop band Gospel Gossip—so it's no surprise this EP is near flawless. Here's hoping we'll hear a lot more from them soon.

City of Music: Is/Is from MPLS.TV on Vimeo.