The Best Music Videos of the Year, Part 1

The first of a three-part series breaking down the year’s best clips, official and otherwise. 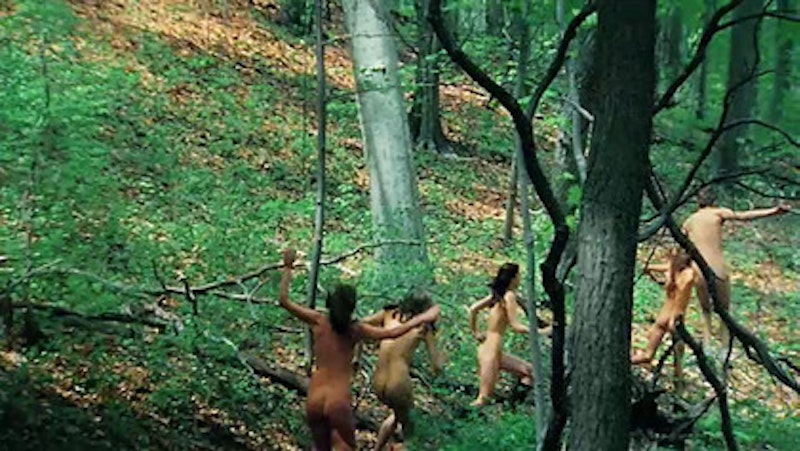 There were a boatload of excellent videos this year and while none of them followed the same formula (Obnoxiously over-the-top video, DJ Khaled shouting racist shit, terrible song) as my favorite from last year, there are nonetheless many moments to recount and savor.

Margot and The Nuclear So and So's, "As Tall as Cliffs"

Margot and The Nuclear So and So's were never on my radar until this video popped up. The most impressive thing about this topical treat is that it manages to present everything we hate about George W while inadvertently humanizing him by way of the lyrics. Okay, maybe humanizing is too strong of a word. The weird mix of hope and sadness is palpable though.

But in my opinion, this was the most awesome and entertaining performance of the year:

I literally forgot that this vid is from 2008, it feels so old. Co-director Spike Jonze returns to the classic slo-mo bit that Wes Anderson hijacked so many years ago. And as expected, Kanye makes sure that he is the object of attention, albeit in a totally badass way.

A video this beautiful and well-edited makes our puritanical American value system seem even more laughable than it already is. I bet they play this video on French television without a single complaint.

MGMT "Electric Feel" (embedding disabled)
"Electric Feel" isn't filled with nudity but it does take the FernGully forest party theme to a whole other level. Despite some wacky, psychedelic elements—a moon filled with Technicolor face paint, the Rock-afire Explosion Band playing alongside the boys—the video is sort of tame. Maybe it's the expressionless dancing or the serene colors, but all in all the video is surprisingly hypnotic in a calming way.

Retro is the Word

I can't think of a cooler "official" music video this year.

Rik Cordero's Q-Tip campaign adds some visual flair to two cuts off of one of the best hip-hop albums of the year. It also doesn't hurt to have someone as charismatic as the former Tribesman.

I put together a small list of videos over at PopMatters which included these three:

Ever since we premiered this here at Splice, I've watched this video at least twice a week.

White William's album Smoke was one of the tightest, most slept on records last year. Any excuse to listen to this is approved.