A look at the albums that are sure to be on future "Best of the Year" lists, and a couple that deserve to be. 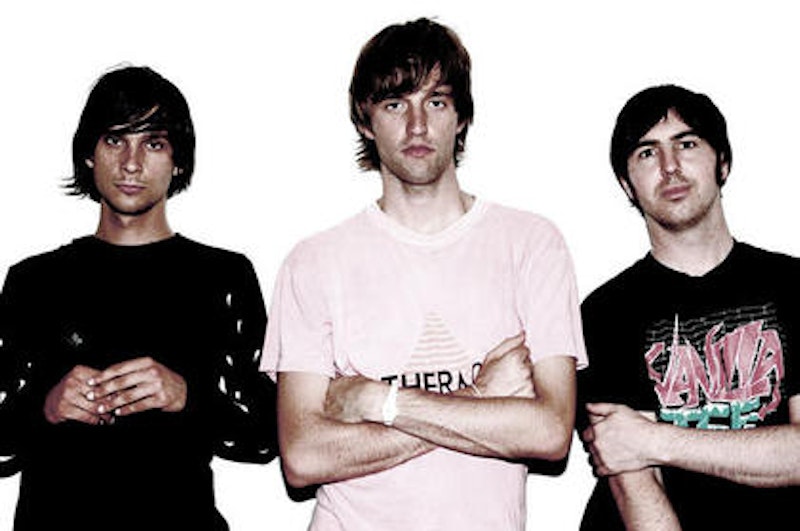 It's only September but year-end lists are fast approaching and critics and music heads alike are spinning with excitement. They're drafting their lists, making rearrangements, and selecting albums that have yet to be released (I guarantee that you can find at least one blog out there with TV on the Radio's Dear Science somewhere in their top 10). So while we won't be spilling the beans quite yet about our year-end faves, we will offer some predictions of which albums will be racking up online accolades, as well as those albums that are sure to be overlooked.

The Sure-To-Be-Seen and Well Deserved:

Cut Copy, In Ghost Colours:
Cut Copy posted the entire In Ghost Colours album for free on their MySpace weeks before its official release date. And God bless them for it. It's amazing to think how little lyrical weight is needed to make this album work. The sun-drenched melodies, cross-harmonies, and glut of synthesizers are so entrancing that you may forget that we're in the 21st century. Just listen to "Hearts on Fire" and explain to me how it was possibly conceived this year. There are a handful of triumphant singles including the album starter "Feel the Love," "Unforgettable Season," and "Far Away," one of the record's best tracks kind of tucked away in the latter half of the album. And of course most of the tracks transition perfectly into the next one. I heard people who listen to Broken Social Scene really like that or something.

No Age, Nouns:
I listened to Nouns somewhat reluctantly months after the album dropped. I say reluctantly because really the only selling point I was hearing was that the music sounded "bigger" than two people. That's a pretty vague descriptor that does nothing to explain the technical skill of the musicians, nor the real value of the songs. But then I realized that there were two other bands out there that had once been described in the same fashion (The White Stripes and The Black Keys) and so I figured I might as well give Nouns a listen. Sure "Eraser" is tight and its music video only makes it more enjoyable. But even slow-paced meditations like "Things I Did When I Was Dead" have a way of cutting through the swirls of noise and distortion to create a sort of alien lullaby.

The Walkmen, You & Me:
I'm biased on this one because I’ve never been very impressed with The Walkmen. In my opinion, You & Me sounds almost exactly like the band's previous output. Despite enthusiastic endorsements claiming that the band has finally crafted their devastated masterpiece, these songs sound just as lethargic as any of the tracks on A Hundred Miles Off. Hamilton Leithauser sounds banged up and the instrumentation is steady. I'm not saying the album is bad, it just sounds indistinguishable. The one upside to all of this critical attention is that people can finally shut up about "The Rat."

Times New Viking, Rip it Off:
Rip it Off's manicured walls of noise divide audiences. It's clearly an aesthetic choice that gives the young band's songs a more abrasive tone and the listener a more challenging listen. Many of the songs on the album find the band just goofing and playing some kick ass pop rock. "Drop-Out" is probably the clearest sounding of the bunch with straightforward vocal melodies. "Times New Viking Vs. Yo La Tengo" features some searing guitar work and a cathartic finish. But from a different perspective, all of the purposeful distortion and melodic lax can come across as sloppy. Sometimes records need to be controlled in order to pack a more explosive punch.

Hercules and Love Affair, Hercules and Love Affair:
Disco is back with a vengeance! Antony Hegarty (of Antony and the Johnsons) sounds surprisingly good alongside some space disco flourishes and Aphex Twin-style hi hat. "Hercules Theme" is a bona fide club banger with undoubtedly the funkiest and most flamboyant groove to hit indie rock this year. But outside of a couple songs the album feels rather deflated. DJ Andy Butler, the centerpiece of this project, has a hell of a lot of promise and Hercules and Love Affair will get an ample amount of love this year for their debut, but I'm betting on a better album in the future.

Abe Vigoda, Skeleton:
Remember back when I mentioned that critics were impressed with No Age sounding really big? Well the same applies here. The Tropicalia-inspired punk band from Chino supposedly puts on a blistering live show, which helped catapult them to the national scene. Skeleton is tenacious and structurally all over the place. Pounding rhythms shift the tempo constantly; melodies are deconstructed and spat back out in different formations. You can never tell in which direction these songs will lead you. Here's hoping that critics aren't too enamored by No Age to give these guys their due credit.

Erykah Badu, New Amerykah:
Fuck yes! It took me a while to get on board the New Amerykah bandwagon, but after hearing my friends Sam and Jamie break into an impromptu rendition of "Soldier" several times in one night, I had to dive into the album. Erykah Badu has always exuded a coolness unparalleled in R&B diva circles. But Jesus is she cool on this album. "Honey" isn't even the best track here yet it's better than 90% of what came out in 2008. Plus it's without a doubt the best music video of the year.

Wale, The Mixtape About Nothing:
With The Mixtape About Nothing, Wale proved that he could pen a verse that incorporates his impeccable wordplay and swift delivery while tackling greater issues. In light of this election which has rightfully dominated the media coverage and the importance (or absence) of Obama's race in the campaign, songs like "The Kramer" become even more striking in addressing the complexity of racial tension in America. It's arguably the most important song of the year.

Bound to be overlooked:

Onra, Chinoiseries:
I've been hooked on this album for a while now. Onra, who is a French DJ with Vietnamese roots, takes a J Dilla approach to this album. Songs are limited to about one-two minutes in length, sometimes producing only a head-nodding beat, while often making hip hop sounds out of completely foreign instrumentation. Rarely does one talk about hip-hop with the words beauty and grace, but it's unavoidable when listening to songs like "The Valle of Love" and "Hope."

Group Doueh, Guitar Music From the Western Sahara:
Technically this came out in 2007. But it wasn't released as a CD until 2008. Group Doueh is a family band isolated in the deserts of the Western Sahara, but you would never be able to tell from their music. Doueh, the bandleader and guitar virtuoso, shreds like a modern day Hendrix while his wife Halima and friend Bashiri contribute some rousing vocals. "Wazan Samat" features call and response vocals with a hesitating chorus that could easily be adopted by M.I.A. This is indie rock, people just don't realize.

Rodriguez, Cold Fact:
When Light in the Attic reissued this album last month, it might as well have been its first release. Originally put out in 1970, Cold Fact was heard by virtually no one in the US. Rodriguez went on to become a cult celebrity in South Africa and Australia, but his music deserves much more than that. Cold Fact is a grimy, poetic masterpiece that should rightfully be placed alongside the best works of Jim Croce, Donovan, or Bob Dylan. Okay, maybe not Dylan's best. But as a colleague pointed out, it could definitely match Dylan post-1975. Even though it's a psychedelic folk album retelling anti-establishment, anti-war sentiments from the 60s, it sounds remarkably fresh in 2008.


So with three months left there's still time for the indie heavyweights (TVOTR, Of Montreal, Jenny Lewis) to enter the scene. And luckily, I still have time to listen to all those albums I haven't given any attention to thus far: Portishead, Fleet Foxes, Beach House, Okkervil River, M83...and the list goes on. But as much as I believe that these albums are worthy of a listen, maybe my time would be better spent looking for something different instead of waiting and expecting. Year-end lists are always a combination of both: the expected and unexpected.

So what’s your combo?