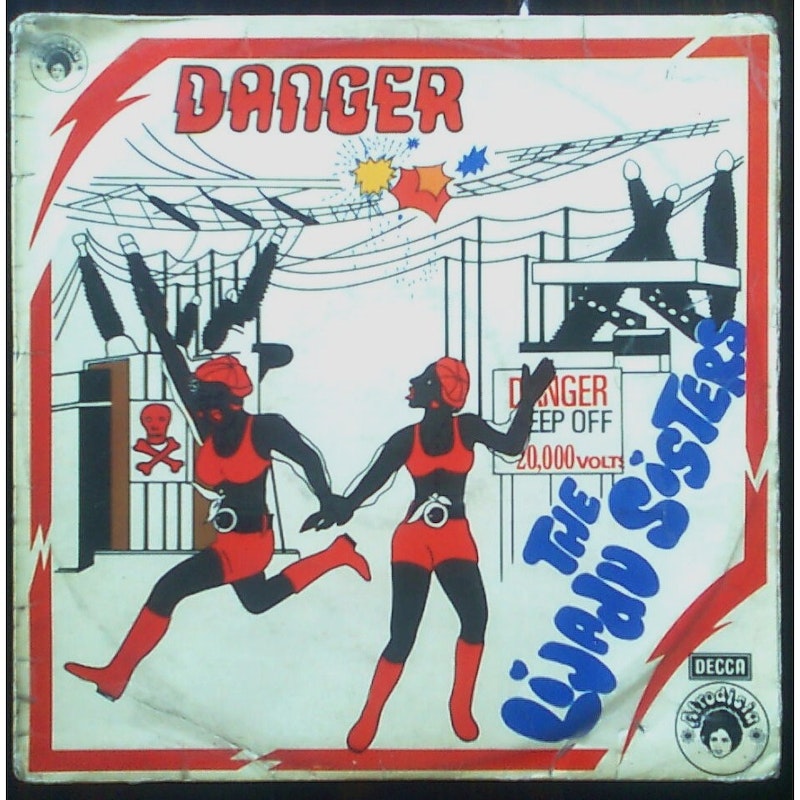 Taiwo and Kehinde Lijadu, identical twin sisters from Nigeria, were an important Afrobeat/jazz/disco act from the 1970s. The Knitting Factory is re-releasing their albums, starting with an excellent 1976 effort called Danger.

Not coincidentally, the first track on Danger is also called "Danger." That's also the first word of the album. And the second, third and fourth. Eventually, the Lijadu sisters vary things a bit by declaring, "You're a dangerous lover." But soon they're back at it, repeating "danger, danger, danger, danger" over and over, like they're afraid you'll forget it.

The Lijadu sisters are certainly repetitious, but not exponentially more repetitious than a lot of other pop acts. Yet something about their album made the iterations leap out at me. Part of it, no doubt, is the duo's particular brand of Nigerian funk, which lopes along hypnotically on a single boiling groove, with the lyrics floating on top less to convey meaning than to induce trance. Part of it may be something as simple as their accent. To my American ears, their West African pronunciation makes each word more noticeable and slightly less recognizable; I have to strain a little, and so each phrase hits the consciousness a little more emphatically. Sometimes it takes someone from halfway across the world to show you what your neighbors have been doing all along.

Whatever the reason, though, once you're keyed in to the repetition on Danger, it's hard to hear anything else. This can be a little annoying—you don't really want to be counting the number of times the sisters say "danger." In the Lijadu Sisters’ best tracks, though, the reiterated phrases can actually gain weight as they come up again and then (inevitably) again. On "Life's Gone Down Low" the sisters say the title something like 30 times over the song's five minutes of slow, almost plodding groove. The phrase is a warning of both personal and political danger ("man is headed for the nuclear power".) The repetition and the threat build and build, till the sisters issue their prescription: "so people get together/the only way to be free." "Life's Gone Down Low" turns from a lament to a rallying cry, the same words changing their import under the pressure of multiple re-sayings.