On the continued under-appreciation of Van Dyke Parks' Song Cycle 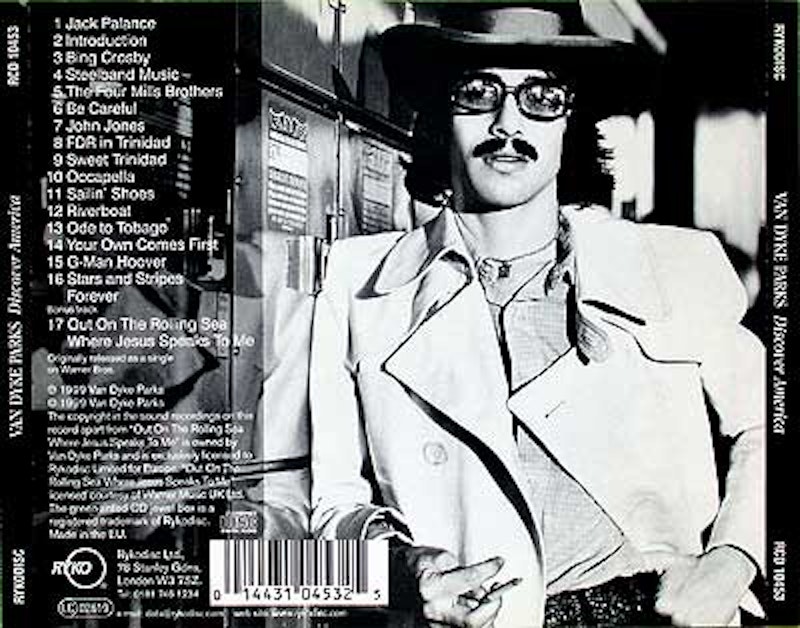 Since April, I’ve listened almost exclusively to Song Cycle, Van Dyke Parks’ 1968 masterwork that was conceived in the wake of his botched collaboration with the Beach Boys’ Brian Wilson on Smile. What started as an affinity for “The All Golden” has turned into a study of multiple months, learning and memorizing not only the lyrics and themes but also the actual music. Song Cycle is a record of vast influence and precedence, and despite its brief runtime of 32 minutes, it presents a wide array of song styles and structures and dozens of ancillary players besides Parks. The record is a sly, shifting beast that never stays put, constantly introducing and incorporating new variations upon its audience and always redefining itself.

Song Cycle is a broad survey of American music, integrating and referencing ragtime, folk, pop, musique concrete, and hymnals, among others. Although you could probably fill a book with the references in Song Cycle, an extensive or even cursory knowledge of Americana isn’t needed to appreciate its unique and unconventional structure. Patterns are irregular and it takes time to soak in all that the record has to say; songs are often over before you know it and it’s hard to tell where one ends and another begins, due to internal breaks and changes within the songs themselves.

The fact that Warner Brothers paid upwards of $35,000 for what Beach Boy Mike Love—a vicious critic of Wilson and Parks’ transcendent work on the brilliant Smile—once dismissed as “acid alliteration” is astounding; and Song Cycle sold very poorly upon initial release, Parks has said that its numbers weren’t as grim as commonly thought. After all, he was given the opportunity to make Discover America in 1972, a curveball homage to Trinidad and calypso, featuring no original Parks compositions and little of the visionary psychedelia that marked its predecessor. Yet Discover America is almost equally satisfying as Song Cycle, although they are different animals: the former, casual, familial, and song-based; the latter, staggering in its ambition and scope. They are both uniquely Van Dyke Parks, and it is his aesthetic as a songwriter, arranger, and musician that makes these records so captivating and engaging.

Song Cycle came out in 1968, but its impact on popular culture was nearly nil, and Parks remains relatively unknown to the public at large, despite the record’s significant influence on musicians and other artists. It’s a difficult record to consume, one without an obvious single and a generally un-commercial aesthetic. It’s strange, a record filled with vignettes and tidbits that doesn’t conform to listener expectations or mass appeal. Song Cycle is a one of a kind record; too experimental for Billboard but too pop for the avant-garde. It’s stuck somewhere in between, at a place that’s more than just “acid alliteration.”