Check out all the latest. 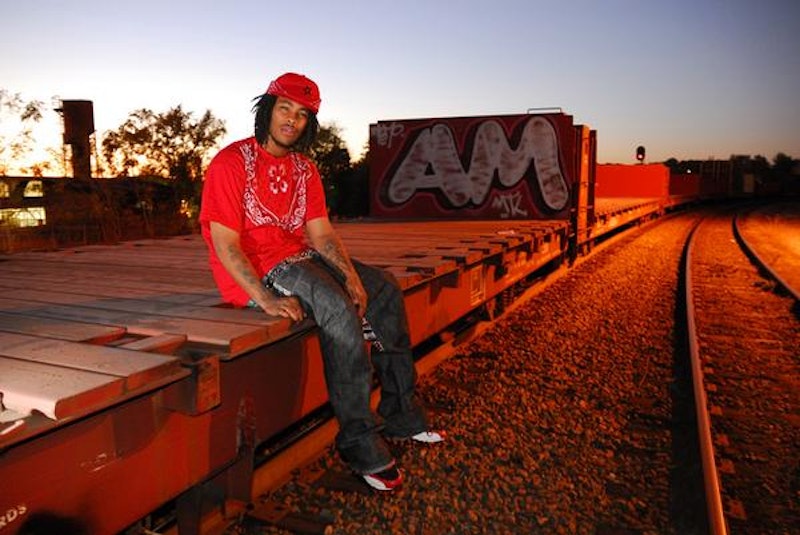 1. Waka Flocka Flame’s rap cadence is registered as a lethal weapon in 23 states.

2. On Waka Flocka Flame’s tour-bus bookshelf: The Informant by Kurt Eichenwald, Travels in Siberia by Ian Frazier, Regarding the Pain of Others by Susan Sontag.

3. YG Hootie, Gudda Gudda, Popa Smurf, Bo Deal, and Slim Dunkin are among the slew of Waka Flocka Flame pals who guest on Flockaveli, the Georgia rapper’s 1017 Brick Squad/Warner Brothers/Asylum debut. Due to scheduling conflicts, microphone murder-row types like Soupy Fishscales, Joe the Plunger, and Flocka Khan were unable to participate, though Waka hopes to corral them “into the lab” for Flockaveli’s follow-up, tentatively titled Da Life of Flocki Gaines.

4. Among the many curiosities on display in Waka Flocka Flame’s Riverdale, Georgia penthouse is an elaborate, flamboyant headdress of indeterminate tribal origin, constructed entirely of dyed dodo feathers and coagulated human blood. The headdress—which Waka typically dons “when we doin’ shows, at the nail clinic, just wildin’”—was a present from conceptual feather artist Virgil M. Walker; the two became acquainted after Walker, under the misimpression that he was downloading a deconstructed amalgamation of Native American chants, found himself enthralled by the Lebron Flocka James mixtape. “Walker’s cool, he keeps it real,” Waka told ArtForum. “He bumps my shit, you know? He‘s down, he rides with Brick Squad, he’s devilishly pre-constitution with a certain post-ironic modernist/nativist sensibility.”

5. According to an interview with Gourmet magazine, “Fuck the Club Up” was inspired in part by outsized Food Network personality Guy Fieri. “Guy and I roll up in delis on the regular, just straight hungry, shermed out, on the prowl,” Waka explains. “And Guy likes to order club sandwiches, it’s just his thing, them club sandwiches. So the waiter or waitress be taking his order, a club sandwich, and then Guy smirks and waits a beat and he yells ‘FUCK THE CLUB UP!’ which in Guy-speak is code for ‘deep fry that bitch, pile some onions and chilis and Tabasco and peppercorns up on that motherfucker,’ go out in left field, out in the boonies, make this some unforgettable Diners, Drive-Ins & Dives bullshit, feel me? Because Guy Fieri is not to be trifled with; Guy Fieri will cap a sucka sous chef.”

7. As a personal rule, Waka Flocka Flame limits his consumption of alcohol to bird-related or -inspired spirits like Wild Turkey, Grey Goose, and Peruvian pisco, which he customarily sips from an amethyst-encrusted adamantium chalice—a condo-warming gift from fellow ornithology enthusiast Lil Jon.

8. While Waka Flocka Flame is contractually obligated to holler, blurt, or rhythmically pistol-whip his own stage name a minimum of 15 times on each song he records, there’s some wiggle room available to him, some legalistic gray areas. Waka may, if he desires, hit this ceiling by spitting his sobriquet whole, in pieces, or in a post-modern mad-lib style. A special clause stipulates that Warner Brothers executives will uncage three dozen mourning doves each time Waka refers to himself 70 times or more times in a single five-minute banger. Waka’s present self-referential personal best: a staggering 55 near-autistic shout outs.