Getting in the mood takes finesse when you’re married to your high school sweetheart. Otis Redding helps, though. 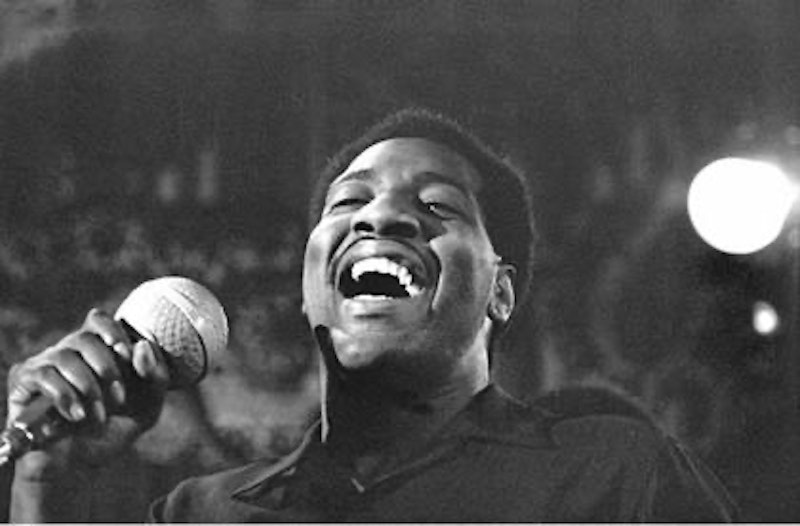 When you're in your early 20s and married to the same guy you've dated since high school, sexual encounters become increasingly less like orchestrated events. You don't set out for the night, with just the perfect touch of sartorial sluttiness, hoping to get laid. You don't bring anyone back to your place and worry about setting the mood. Lights on or off? Sam Cooke or Van Halen? How much foreplay is expected? It's more like (sitting on the couch): "Hey, you want to do it?" "Eh, sure. There's nothing good on tv anyway."

The simplicity is rather refreshing. But then again, in such a situation, your sexual future sort of stretches out before you like the dry, cracking asphalt of a two lane highway through America's heartland. It doesn't hurt to mix things up from time to time and partake in a little orchestration. Generally when it comes to choosing mood music, I'm all in favor of setting my husband's vast and varied iTunes library to shuffle and letting things go from there. But you only need a mood-killer like Whitesnake's "Still of the Night" or something off of The Simpsons: Songs in the Key of Springfield to come up once before you learn that play lists are definitely the best way to go. So, I offer my top 10 make out songs, in no particular order. Happy humping.


"The Seed 2.0"—The Roots
Yes, this song is about knocking up some other chick behind his baby mama's back, but the music is hot—smooth and steady and just begging for beads of sweat to trickle down your body. I recommend starting out any make-out session with this song—even if you don't listen closely to the lyrics, osmosis alone should be enough to keep "safety first" at the forefront of your mind.

"Closer"—Nine Inch Nails
Usually listening to Nine Inch Nails makes me want to slowly and delicately slice through the skin of my wrists and watch, tongue pressed against the roof of my mouth, as blood spills from my veins and across the surface of my desk, staining the old, worn wood and seeping into the paper fibers of the note I've written that professes the depth of my angst and isolation; no one understands me. But this song is different. Trust me. Try it.

"Try Me"—James Brown
"(Get Up) Sex Machine" may be the more aptly titled song for a list of this sort, but “Try Me” is really the perfect combination of Brown's soulful sound and a blissfully romantic sentiment.

"Ai Du"—Ry Cooder and Ali Farka Toure
You may recognize this song from the scene in Unfaithful where Diane Lane is lounging in one those classic, footed bathtubs. The scene, Lane and "Ai Du" are all incredibly sexy. Plus, if you have an eighth grade sense of humor, the artist's last name sounds like a slang term for vagina. Priceless.

"Voodoo Child"—Jimi Hendrix
The make-out quality of this song was a bit ruined for me when Tigers' relief pitcher Joel Zumaya used it to punctuate his entrance from the bullpen to the mound, but it still stands as the soundtrack to one of the hottest make out sessions of my life. You can't beat Hendrix on guitar and you can't beat "Voodoo Child" for a sensual blend of blues and rock.

"Maps"—Yeah Yeah Yeahs
A song with a genuinely beautiful sound, “Maps” captures the purity of singer Karen O's voice better than any other offering on Fever to Tell. Full of yearning, desire, and at moments, near desperation, it's the perfect backdrop to an intensely sensual experience

"Harder, Better, Faster, Stronger"—Daft Punk
Avoid the crappy Kanye version and go for the original. The changes in rhythm and frequent syncopation are all part of the fun. And if you're in the mood, the lyrics can act more like commands.

Anything by Otis Redding
"These Arms of Mine", "That's How Strong My Love Is", "I've Been Loving You Too Long." Apart from maybe "(Sitting On The) Dock of the Bay," Otis Redding tunes are like make-out gold. I'm especially partial to "Try A Little Tenderness." Great song and pretty good advice, to boot.

"True Love Waits"—Radiohead
While I personally prefer "Idioteque," "True Love Waits" has a more universal make out appeal. Probably because it is not in all likelihood a song about apocalypse. "True Love Waits" is about as romantic as it gets coming from Thom Yorke. As long as you can avoid picturing his epileptic style of performing, this song is sure to end any make out session on an unpredictably sweet note.