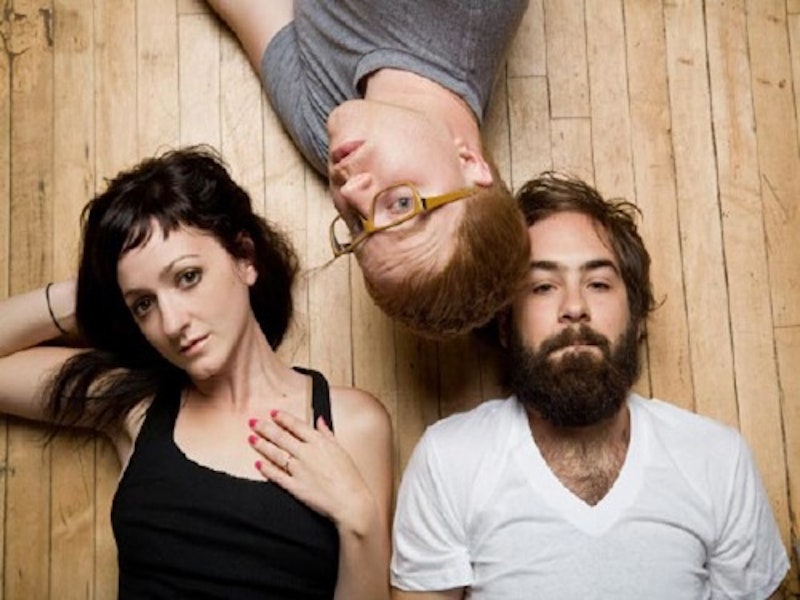 The Friendly Foes, a three piece out of Detroit who just released their debut LP, Born Radical, on Gang Plank Records, are straight rockers, but don't take this to be entirely positive. Don't get me wrong: their mix of distortion-heavy power chords, angsty lyrics, and pop hooks are enjoyable, but only for a couple of songs at a time. Maybe there's just only so many two-minute up-tempo rock songs I can take before I write a band off as the constant live opener—the band that always comes on before the one you actually came to see; the band whose set you watch the first part of (probably even tapping your foot along) before walking off to get another beer and check out the merch table; the band who everyone always says was "pretty good, never heard of them before but not bad" after the show, before forgetting about them completely the next day.

Perhaps this is too harsh. After all, The Friendly Foes is more of a side-project than anything else, and side-projects are really just supposed to be about trying something different and having a little fun. A collaboration between Thunderbirds are Now! guitarist/vocalist Ryan Allen, Kiddo bassist Liz Wittman, and drummer Brad Elliot, formerly of Satin Peaches. Together the three take on an album about what the rock-and-roll life is all about, the first song opening with the lines, "Picked a name, picked a sound/Played some shows, the kids came out/But remained underground when they couldn't figure us out." Song titles like "Couch Surfing," "Get Yr Shit Together," "Walk Home in the Dark," round this all out. It's a smart idea, but a boring execution.

The best songs on the album are the ones that either bring in a little bit more production—some synth or drum effect here, some well-worked harmonies there—or allow Allen to show off a little more on guitar (specifically "Eric Jamb" and "Dying to Survive"). The album manages to combine the power pop of 70s Elvis Costello with the punk rock of the Whigs. It's artful, sure. The three definitely have it together as a band—just listen to "Get Yr Shit Together," which puts Wittman's bass front and center, allowing Allen and Elliot to play off her riffs. But with songs running into songs without notice, only the sweaty hipster dance-loving types are going to make it all the way through this one.

Download the aforementioned "Get Yr Shit Together," "Eric Jamb," and "Dying to Survive" off iTunes, and wait for the next Thunderbirds are Now! Album—out sometime later this year or early next year, if a January blog post on their MySpace is to be believed. Ryan Allen obviously needs the quirky synth and percussion work of his brother Scott to make more than just a throwaway album.

Thunderbirds are Now! - "Eat This City"