Former J Dilla collaborator (and legend in his own right) Madlib pays homage to the late DJ on the latest Beat Konducta release, Dil Cosby Suite. 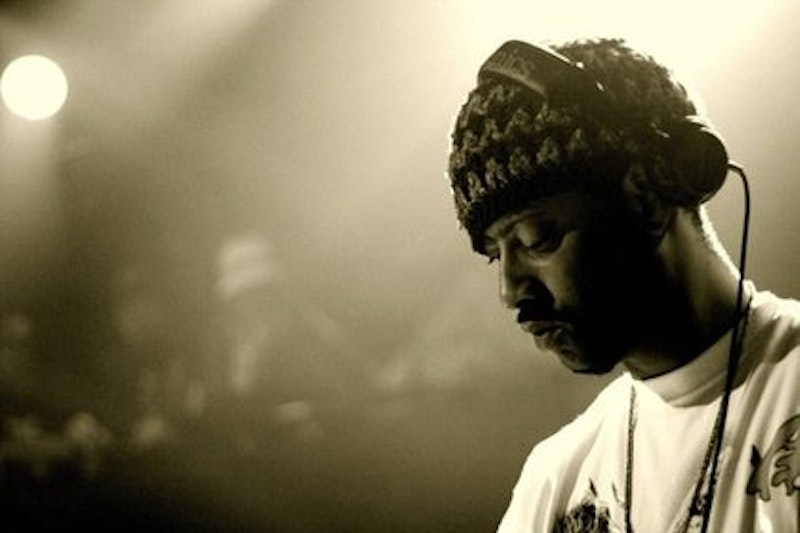 There is something fundamentally superfluous about the notion of a J Dilla tribute album, and not simply because Jay Dee’s voluminous catalogue stands as its own best epitaph. Rather it is because, in a very real sense, virtually the entirety of the contemporary underground hip hop scene stands as a living testament to the man’s influence. For better or worse, Dilla’s sound, noticeable particularly in his opus Donuts, looms over the industry; his clipped soul samples are the norm for everyone from Kanye on down. Not since RZA’s sample-light production spawned a legion of imitators in the mid-90s has one sound so dominated the genre. Given the climate, it’s difficult not to be skeptical when a producer pays homage to a style that’s already over saturating the market.

That being said, if ever there was anyone entitled to drop a mix tape and slap Dilla on the front of it, it would be his long-time friend and collaborator Madlib, who does just that on Dil Cosby Suite. The fifth entry in the Beat Konducta series sees Madlib and (Dilla associate) J Rocc elbowing their way into the increasingly popular club of people who have made art of some kind about how much they miss J Dilla.

With the possible exception of 9th Wonder, Madlib possesses sole claim to the title of pre-eminent underground beatmaker alive today, and he demonstrates it here. In terms of technical brilliance, he is unmatched, effortlessly replicating Dilla’s methods, something lesser producers have flooded the industry attempting to do. On tracks like the mournful “J’s Day Theme (Beat-A-Holic Thoughts),” Madlib revives the Dilla standard of paring a vocal sample down into fragmentary syllables, leaving an indecipherable but somehow beautifully resonant hook. And as always Madlib’s ability to weave discordant sounds - from Link’s death knell in the original Zelda to old Wolfman Jack recordings to outtakes of Dilla in the studio - into one sonorous whole is uncanny; this is a master of his craft at the top of his game, and the album is worth a listen if for no other reason than that.

For all its individual moments of distinction, taken as a whole there is something slightly disappointing about Dil Cosby Suite. The tone of dreamlike melancholy is difficult to maintain over 45 minutes, particularly towards the middle of the record, where Madlib’s musical ruminations begin to flow together in a somewhat tedious fashion. Although most of the record is styled to deliberately resemble Donuts, flowing and melancholic, the strongest tracks are generally those more similar to Dilla’s earlier, grittier work. “The String (Heavy Jones)” sounds like the theme to Hell Up in Harlem if Hell Up in Harlem was scored by the London Philharmonic, while bangers like “Get Dollaz (24-7)” and “Dirty Hop (The Shuffle)” bring to mind the bizarre brilliance of 2003’s classic Madlib/J Dilla collaboration Champion Sound.

Unfortunately, Madlib doesn’t ever seem quite certain what he wants to do on the album, shifting inconsistently between homage and encomium. Is he mimicking Dilla’s technique or meditating on the man’s loss? For all the sheer genius involved in so perfectly adopting the style of another master, Madlib is not Dilla, and he would be better off adhering to his own instincts rather than trying to replicate the back half of Donuts. Perhaps he’s just saving his strongest stuff for last, as his farewell to Dilla is scheduled to continue on the fall 2008 release of Beat Konducta 6: Dil Withers Suite. Minor criticisms aside, I’ll be waiting.