WHY?, playing their sold out CD release show in San Francisco, delivered a set to match the quality of the record. From The San Francisco Foghorn. 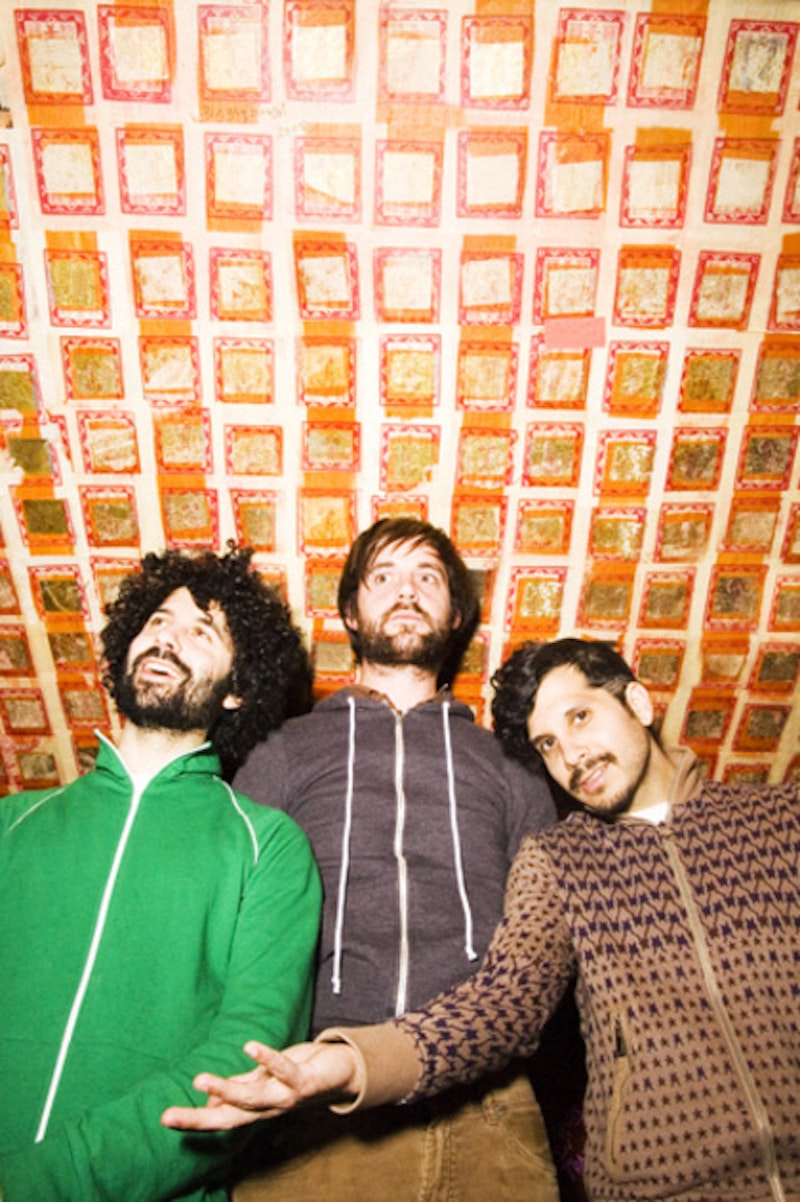 Some bands create sounds that seem impossible to recreate outside the studio. You arrive at the concert anticipating melodies and harmonies like those on the CD, but instead there is a void where the band usually stops and the computer takes over. Oakland’s WHY? is not one of those bands.

Stripped bare of processing tools, they flourish and create an ideal blend of instruments and vocals and, most importantly, they have great songs. Their second album, “Elephant Eyelash,” received major critical acclaim in 2005. The new album, “Alopecia,” released March 11 on Anticon Records to similar praise (even the snots at “Pitchfork” liked it). Front man Yoni Wolf tapped into the high school experience of every person I’ve ever met in these songs. Each piece of angst-filled lyrics sounds like highlights of livejournal, but somehow more mature, articulate—and messed up. Sure, some of it’s a little creepy, but we all have our peculiar moments.

Beyond their recorded music, WHY? puts on an exciting show. WHY? plays a style of music that suits the live stage perfectly. Their recordings contain bizarre and outrageous sounds enhanced by synthesizers and computers. In their live performance the melodies and harmonies sound clear and crisp, but without the heavy production. Plus, melodica and keys always sound better live.

Last month was their official CD release party for “Alopecia,” which sold out the Great American Music Hall. At the show I was initially pretty irritated about the crowd (for some reason sold-out shows always bring out the worst people). Next to me the “sorority girls turned hip” danced and spilled their booze everywhere and on the other side the “sullen indie kids” stared blankly at the stage. Meanwhile, everyone talked too loudly throughout. The group right behind me sang so loudly and passionately—they were convulsing and screaming—that I could barely hear Wolf at all. I half anticipated one of them would have a heart attack. Every part of me wanted to turn around and remind them that I was there to hear the band and not them, but I refrained. The show was too good to be confrontational.

WHY? played a good amount of popular songs from “Elephant Eyelash,” including “Gemini,” “Waterfalls,” “Act Five” and “Whispers to the Others,” along with tracks from the new record. Wolf sang with passion that radiated from his face. His vocals sounded more cracked, broken and emotional when he played, which suited the angsty lyrics of the songs. Meanwhile, his witty banter between songs was not for the faint of heart, but very funny nonetheless.

The show’s first opener, Cryptacize, seemed a little out of place with their delicate vocals, though you couldn’t hear much over the drunken chatter of the audience. Second opener Doseone, one of the Anticon founders and Oakland native, totally rocked. He’s part hip-hopper, part DJ, part singer and part poet. His set included astounding songs and equally impressive spoken words—smart, powerful and entertaining. His stage presence, which included telling jokes, seemed to amuse everyone. “This is a new song off the Tiger Woods album,” he said. “It’s called ‘Race is Great.’” His whole set featured the same sense of honesty and humor.