Let's Talk About Nothing

Would music criticism be more productive if critics acknowledged the religious aspect of their interest? 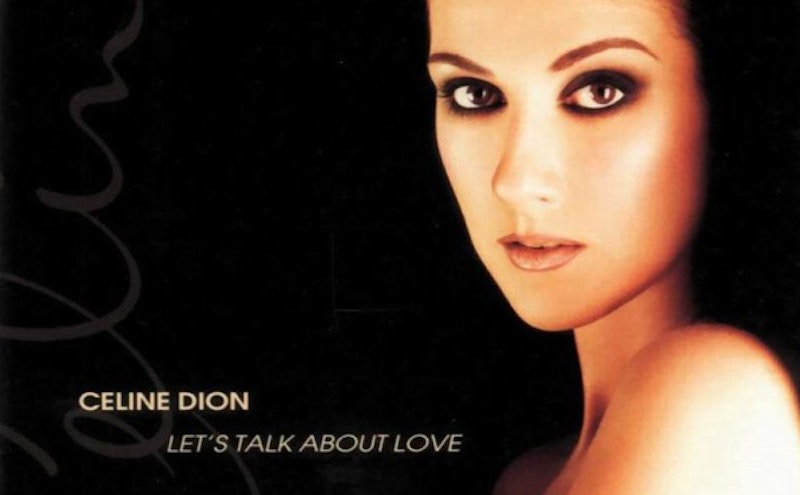 In the primordial blogs and antediluvian websites where rock critics lurk and prey upon one another in an endless Darwinian struggle, the steaming red meat of contention over the last few years has been rockism. Rockism is essentially a more or less deadly insult, directed at those critics (like, say, Jim Derogatis) who fetishize indie rock authenticity and gritty individuality and don't like Mariah Carey because she includes ads from Elle in her CD packaging. Facing off against rockism are the adherents of popism (like, say, me) who embrace the fluid jouissance of transitory pleasures and guiltless booty-shaking, and don't like Bruce Springsteen because everyone tells them they have to. Popists like to accuse rockists of being racist, sexist, uptight poseurs. Rockists like to accuse popists of being shallow, trend-following, tasteless poseurs.

For those who enjoy the spectacle of atavistic struggle, the rockist/popist survival-of-the-fittest donnybrook has actually generated a lot of entertaining copy, from Kalefa Sanneh's "Rap Against Rockism" to Jody Rosen's "The Perils of Popt imism." My favorite broadside from the struggle, though, has to be Carl Wilson's 2007 book, Let's Talk About Love: A Journey to the End of Taste. Wilson, a blogger and critic for Toronto's Globe and Mail, doesn't necessarily fit comfortably into either rockist or popist camps, but his book is clearly inspired by a popist aesthetic. His project is to redeem the woman who Simon Frith called "the most loathed superstar I can remember"—Celine Dion.

Wilson picks Celine not because he likes her and no one else does, but rather because he hates her—and, because, contra Frith, that makes Wilson unusual. Though I personally don't know anyone who likes Celine, and though you may not either, the fact is that no one sells records the way Celine sells records. For Wilson, this is part of her fascination. Celine stinks of democracy—of "grannies, tux-wearers, overweight children, mobile-phone salesmen" as one critic put it in the Independent. Like most Canadians, liberals, and rock critics, Wilson has an instinctive mistrust of elitism, and he can't help feeling that his own hatred of Celine is less about her intrinsic worth than it is about placing himself above the drooling masses. This conviction is only strengthened as he goes out to interview actual Celine Dion fans. One of these is Sophoan Sorn, a Californian film-maker and former Vietnamese refugee, who Wilson says struck him as "one of the nicest people I've ever talked to." Wilson goes on to say that, "Not only does [Sophoan's taste] seem as valid as my own, utterly incompatible tastes, I like him so much that for a long moment his taste seems superior. What was the point of all that nasty, life-negating crap I like?"

It's not quite so easy to utterly abandon one's viewpoint, as Wilson finds. "You don't know what an egotistical control freak your taste can be until you try to turn traitor," he muses. He admits, with some regret, that he'll never like Celine the way many of her fans do. But he does manage to find a way, if not to love her, then at least to rationalize her. He argues that critics too often act as if the point of music is to sit still and be aesthetically dissected. This works, he argues, for bands like Sonic Youth, but makes much less sense for an artist like Celine, who produces "lousy music to make aesthetic judgments to" but whose songs "might be excellent for having a first kiss, or burying your grandparents, or breaking down in tears." He adds that aesthetic distinctions are necessary for enjoyment, but he argues that critics need more humility, and a willingness to admit that they are arguing from a subjective and culturally determined place. In short, Celine is useful for her audience in specific, practical ways—condemning her through absolute standards is elitist, potentially oppressive, and compromised.

Wilson's argument for Celine is, therefore, on its surface, a basic statement of enlightenment, utilitarian tolerance: Celine is useful, she hurts no one—who are we to criticize? It's also a particularly clear statement of how those values end up in a post-modern rejection of judgments in general as absolutist. Underneath this conscious clarity and fair-mindedness, though, the book has another, less fully spelled out agenda, one which surreptitiously gives the book much of its energy.

In the period where Wilson was researching and writing about Celine, his marriage had come apart. Wilson mentions this forthrightly enough, and even links it to his burgeoning, on-off appreciation of Celine. For example, when he saw Celine's Vegas show, he says, part of the reason he was able to enjoy it was that "Celine helped me feel that big, dumb emotion on some gut level." His personal turmoil allowed him to see the point of Celine's blatant sentimentality.

That doesn't seem to be the entire story, though. In recounting his trip to Vegas, during which he was lonely and miserable, Wilson mentions as part of his litany of discomfort with his surroundings: "I am entirely too shy to hire prostitutes." That casual tie between self-definition and shame is not explored immediately, but later it becomes one of the important themes of the book. While listening to Celine's Let's Talk About Love alone in his room, Wilson is intensely embarrassed—as, presumably, he would have been had he hired that prostitute. He is afraid people will hear what he has in his room, and judge him for it. What follows is probably my favorite passage in the book:

Yes, it was vain not to want the neighbors to hear me playing Let's Talk About Love....But the worst part was feeling ashamed to feel ashamed.... Try it yourself: Pick some music you find particularly unattractive and crank it up every day for a couple of weeks. Or go out for the evening wearing clothes you find ugly, and not in a funny way. Before having a dinner date over, hang a painting from a Christian-art sale over your bed....Shame has a way of throwing you back upon your own existence, on the unbearable truth that you are identical with you, that you are your limits. Which immediately makes the self feel incomplete, unjustified, a chasm of lack. It's the reverse of the sense of self-extension that having likes and dislikes usually provides. It is humbling.

Wilson, then, is arguing that part of the benefit of listening to Celine is a sense of shame. He presents this shame as enforcing the boundaries of the self; increasing his consciousness of who he is and can't escape. But surely the experience is not just about enforcing boundaries, but about destroying them. Wilson's book is about changing himself; he starts as someone who hates Celine, and becomes someone who doesn't. There is a transformation, and that transformation involves shame, and, indeed, degradation. In Bataille's formulation, Wilson is violating a taboo in order to obtain sacred experience; he is bathing in the filth of democracy in order to be changed.

Perhaps it's only coincidence, but to me at least, the juxtaposition of Celine, dating, and Christianity seems suggestive. I don't think it's fair to psychoanalyze, to say, "Well, Wilson's interest in Celine is inspired by his desire to escape from his self in the wake of a failed marriage." But I think it is fair to point out that Wilson has constructed the book in part as a story about revelation and healing. He needs to be somebody different, and part of the way he does that is by becoming a person who can appreciate Celine Dion.

Wilson's book, then, turns out to not really be a polemic in the rockist/popist internecine war. Instead, it's a statement of faith—though of faith in what isn't entirely clear. Democracy, perhaps? Art? Celine herself? Terry Eagleton comments in Reason, Faith, and Revolution that "certain of our commitments are constitutive of who we are, we cannot alter them without what Christianity traditionally calls a conversion, which involves a lot more than just swapping one opinion for another." Wilson seems to be almost inverting this, proposing, or hoping, that if we can but treat our opinions as constitutive of whom we are, we can experience a conversion merely by changing them.

As I said, the emotional commitment and the yearning in Wilson's book are what give it power and beauty. The single most affecting scene in the narrative is when Wilson remembers his now ex-wife singing Buddy Holly to him at the beginning of their relationship. At the same time, though, it's hard not to feel, in Wilson's longing, his shame, and his tentative renewal, thinness and almost a self-parody. At the end of the book, he rather lamely admits, for example, that the Beatles and Louis Armstrong are better than Celine Dion on the basis of the fact that those artists "appeal to people across taste divides"—as if no one hates the Beatles, right? He also confesses—with his tongue not nearly far enough in his cheek—that Celine's continuing, unassailable uncoolness is what may "give him the heart to go on." Thus, after 160-odd pages of intense thought and deliberation, Wilson is left with no basis for aesthetic judgments except the extremely dubious one of popular approval, and no grounding for his own spiritual health other than critical disapproval. He has journeyed to the end of taste, and there he has found only arid clichés and a vapid contrariness.

Or, to put it another way: the only way you can experience a sense of shame and guilt is to play Celine Dion loud enough for the neighbors to hear? I mean, really? Haven't you ever, I don't know, betrayed a friend? Insulted a loved one? Told an untruth? Wilson is thoughtful enough to realize that a sense of sin—of the worthlessness of the self—is necessary for conversion. But as a tolerant but definitive atheist and as a rock critic, he seems able to conceive of that sin only in terms of relatively banal aesthetic faux pas.

Terry Eagleton notes that, "It is culture, not religion, which is now for many men and women the heart of a heartless world." Art, Eagleton argues, often functions as a kind of displaced theology. This aesthetic theology is spread variously among denominations, like rockism and popism, and these denominations espouse competing values, such as democracy or tolerance or authenticity, and condenses into spread. These differences in values certainly matter; our aesthetic choices are bound up with who we are, what we believe, whom we love, and what we want to become. But such distinctions are also limited—a band may save your life, in some sense, but it isn't going to save your soul, or the world. Celine may be good, or she may be bad, but she's not the Cross. Beyond taste, there are only those things that will not accept the condescension of your aesthetic pronouncements. You can call that reality, or truth, or God, or, for those of us who are atheists, the absence of God. In any case, it judges you, not the other way around. To forget that is to start worshipping idols, which means that you are outsourcing your spiritual and emotional life to another sinner, and are living a lie. Liking or disliking Celine is not a moral issue. Wilson treats it as one, which is why his book has so much passion, love and heart—and why, despite all that, his journey can lead nowhere.