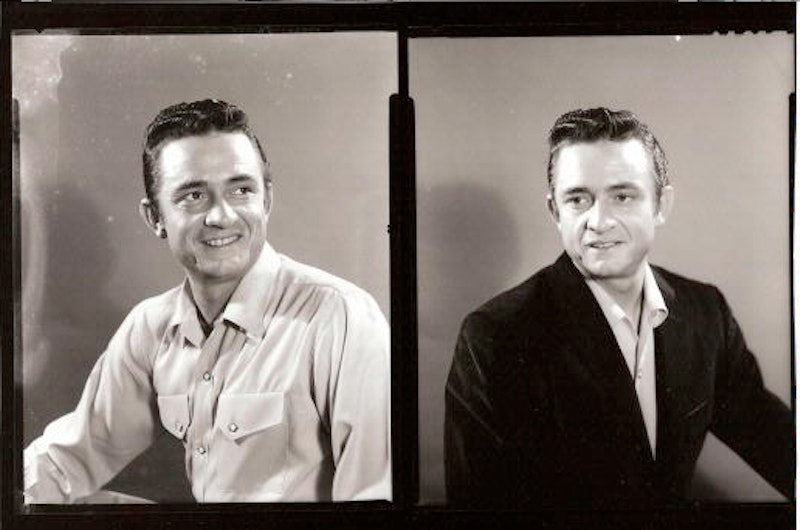 Ain’t No Grave is Johnny Cash’s last posthumous release. Since the tracks were recorded in the weeks before his death in 2003, the sentimentality demands it be labeled a triumph—a monument in general to a great life in music, and in particular to the much-celebrated collaboration with Rick Rubin that defined the last decade of Cash’s career.

That’s a heap of expectations to lay on a record, and Ain’t No Grave isn’t the album to bear them. Clocking in at only slightly more than half an hour, the record is both less ambitious and less successful than Cash’s previous effort, Hundred Highway, culled from the same sessions. There’s nothing on here with the grace of Hundred Highways’ gentle “Four Strong Winds.” Nor is there anything with the devastating power of “On the Evening Train,” an elegy to Cash’s wife, June Carter, who pre-deceased him by only a few months.

Even with such highlights, though, the painful truth is that A Hundred Highways was probably the weakest of Cash’s American albums up to that point. On The Man Comes Around from 2002, Cash famously covered Trent Reznor’s “Hurt,” but he also performed a lovely duet with Nick Cave and rerecorded “Sam Hall,” one of the goofier songs in a back catalog replete with goofy songs. On Hundred Highways and Ain’t No Grave, though, the ambitious covers, the adventurous collaborations, and the occasional flash of high spirits are all gone. Cash was, and sounds like, a sick man.

Sometimes this works; his weary take on his friend Sheryl Crow’s apocalyptic “Redemption Day” is more affecting because he has to struggle to get through it. And it’s hard not to be touched by how much he seems to enjoy rasping out an old chestnut like “I Don’t Hurt Anymore.” But the worst moments are truly awful. “Aloha Oe,” for example, is an unforgivably sappy choice for the album’s closer, and it’s only made worse by the fact that the man can barely sing it. To have Johnny Cash go out off key on a mediocre track is almost too anticlimactic to bear.

Ain’t No Grave isn’t so much a boon for Johnny Cash lovers as it is for Rick Rubin haters. While I do certainly appreciate the marketing skills that allowed Rubin to reignite Cash’s career, I’ve always been ambivalent about the earnest, echoey, NPR-ready production. Initially, at least, it was a novel approach to recording Cash; by album six, though, it’s become a tic. The solemn church bell that clangs on “Ain’t No Grave,” the strings that swell up on “Redemption Day,” even the stripped down guitar-only accompaniment on something like “Satisfied Mind”—we’ve heard it all before, and better, on previous albums. It’s no longer urgent or new. Instead, it sounds like a rut.

Cash spent a lot of his life getting into and out of ruts. He made a fair number of uninspired albums over the years, but he always found new ideas, new collaborators and new songwriters to rejuvenate his music. His partnership with Rubin was extremely productive, but it was time to end it. Which, with his usual grace, is what he did—even if Rubin has been understandably reluctant to let him go.