Ushering in Spring, one sleepy verse at a time. 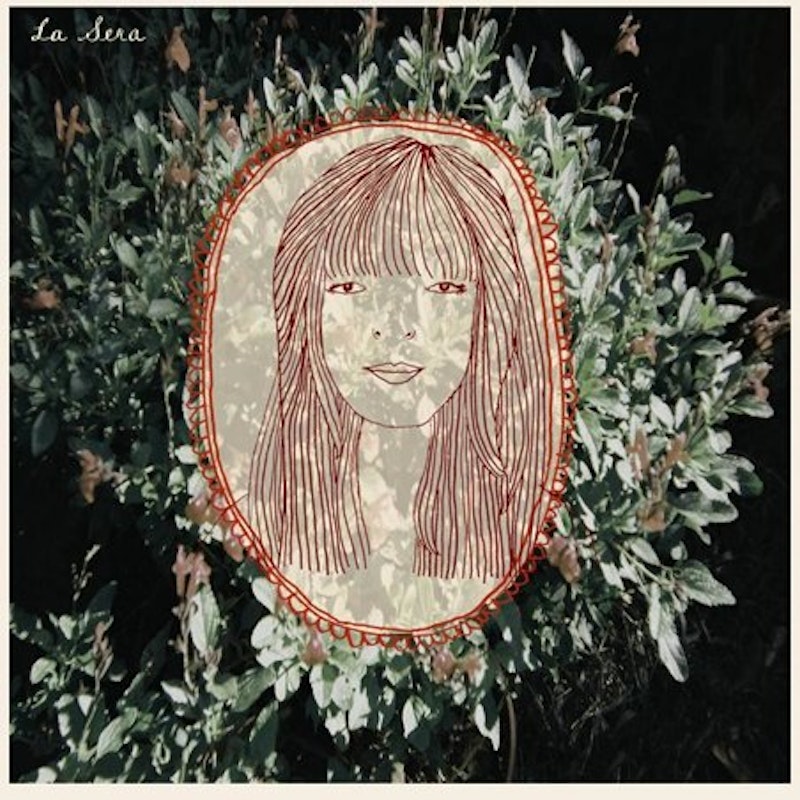 The ice outside is still three inches thick, though the marginally warmer temperatures are slowly maneuvering underneath the unyielding masses. Sheets of this thick, solid ice thunder off of the roof and explode on the ground, pushed free by the sun, but the blue-black oily expanses of the filthy snow piled up around every road, in every direction, refuse to vanish. I rely on warm music to support me through these long, slippery months of impotent sun and hands rendered slow by the cold.

La Sera’s eponymous album has arrived at an ideal time: another weapon against freezing to death, or abandoning hope that my extremities will ever feel warm again. If you’re familiar with Katy Goodman’s work with Vivian Girls, you know the echoey, fuzzy jangle of guitars and lilting, sweet vocals that comprise her arsenal, and it’s much of the same here. Tone down the buzz of the guitars, take a deep breath, turn the 45 down to 33, and you have La Sera. And it’s beautiful.

Nothing about La Sera suggests that they exist in our era. Without knowing anything about this album, it wouldn’t be unrealistic to presume that it was recorded in the mid-1960s. The tone of the guitars, always sounding as if they’re somewhere in the next room and filtered by the expanse of the kitchen or a fine dining room, could be from any time in the past 50 years. The lyrics are so universal and simple that they could date back ever further, and Goodman’s voice is so honest and unadorned that it creeps back into forever, still buried under reverberating, muted drumbeats and loud phantoms of guitars which are gloriously under-produced.

Listening to music, I spend a lot of time wondering if ghosts would be into whatever I have playing, or if they’d wander into the thrift store in their dying Midwestern town while no one was looking and borrow the LP for the afternoon, spinning it on the dusty turntable in the attic of a house that nobody owns. I think they’re found a new favorite, living somewhere in the neighborhood of Adventures in Stereo, Mazzy Star and Lida Husik’s Fly Stereophonic. My ghosts like female singers, apparently.

Songs rarely break the 2:30 mark, so everything is gone far too quickly, each song breathing into the next, forming a wall of sound that can’t always be separated from itself and understood as individual elements, but this tight consistency of songs is like a tightly knit blanket: comfortable, complete, warm, and peaceful.