His new release Out My Window is lighter than air, which isn't always a good thing. 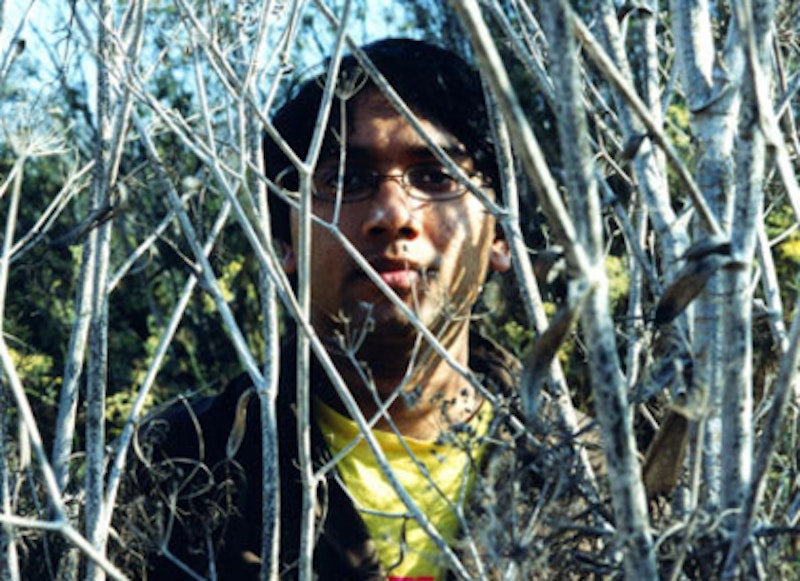 Even by the standards of his genre-bending, multidimensional label, Koushik is hard to pin down. Is he a producer? An electronic virtuoso? A pop star?  Fans of the Vermont-based artist won’t be any closer to answering this question after hearing his sophomore release Out My Window, which might be trip-hop, might be shoegaze, or might be something else entirely. Blending a beatmaker’s ear for layering with a vibe so mellow it could be mistaken for an unreleased Strawberry Alarm Clock LP, Koushik mixes snatches of acoustic guitar, muted strings, bursts of horns and the fuzzy strains of a harmonium with his own faded, Brian Wilson-esque harmonies to create a lo-fi wonder.

If you ever wondered what it would sound like if woodland fairies made electronic music, give this a listen. If you’ve ever found yourself listening to Summer Hymns and thinking, “Ehh… a little too heavy for my tastes,” you’re in for a treat. If the idea of Sigur Ros doing an album with the Beta Band tilts your throttle, line on up. If this all sounds a little silly to you, if you like your music a bit rawer than an Osmond Family Christmas Special, maybe you ought to keep on moving—the new Heltah Skeltah is out, and it’s pretty good.

Working with a palette of sounds that encompasses everything from 70s psychedelic pop to Bollywood anthems, Koushik has crafted a mellow marvel, all dulcet tones and wavy crescendos. After a few minutes of listening you feel your brain disassociating from its surroundings, the track list fades away and you bask in the musical glow of Koushik’s breathy vocals and sweetly interlocking melodies. This is the sort of album where picking out specific songs to highlight seems pointless, insofar as every track is basically indistinguishable from the ones preceding or following it—which is to say light and airy, like waking up from an afternoon nap. The few that do stand out are those that break the formula in some small way, like the plaintive “See You,” which pairs Koushik’s sometimes overly-involved melodies down to a few organ chords and a wah-wah pedal.

If Out My Window is 45 minutes of gooey pop goodness—the musical equivalent of eating a pan of butter-fudge brownies—well, there’s a reason your parents didn’t allow you to subsist entirely on a diet of processed sugar. For all that Koushik displays great technical wizardry, his album doesn’t reward too much repeated listening. Koushik’s sound is unique but not varied; both musically and thematically the album is limited. What’s sweet and enjoyable at first blush becomes twee and cloying after a few spins, and about the third time a wind-chime makes an appearance on the album you begin to find yourself a little desperate for an exit out of this Candyland you’ve stumbled into.

Koushik is extremely talented, and my hopes for his future output remain high. As for Out My Window, again I found its cotton candy and sunshine motif to be thoroughly enjoyable in limited doses but fear repeated spin might end with me in a hospital from the ravages of adult-onset diabetes. Those without a sweet tooth maybe shouldn’t even bother.

Out My Window is available now from Stones Throw Records.