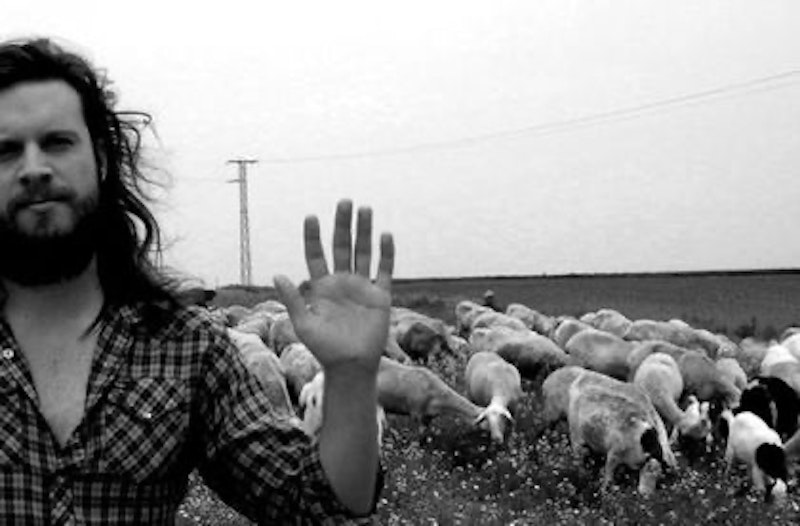 Toward the end of 2008, Autumn Tone Records digitally re-released two of J. Tillman’s albums as one: 2004’s I Will Return and 2005’s Long May You Run, J. Tillman. The first CD pressings in 2004/5 were limited in number, and the albums have remained low-profile like Tillman’s other releases, despite his joining Fleet Foxes in mid-2008.  Back in early August 2008, Splice Today touched briefly on his music with this post.  Here’s a deeper look at what the current drummer for Fleet Foxes did before joining that band.

I Will Return and Long May You Run are, despite the re-release as a double album, quite distinct from one another. On I Will Return, the guitars are soft and wind-worn, but also ominously bright, at times bristling. They are set off further by equally calm yet forcefully present instrumentation: by the crackle of a simple banjo part on “Your Mother’s Ghost” or “This Jealous Blood,” by the heavy-handed, deliberate vibration of strings on “Cecille, My Love,” or by the intense yet simple piano lines that appear on virtually every track. A hint of violence in the lyrics adds to the almost funereal solemnity of I Will Return:  “Oh my son /Heed these words/My father never shared them with his own/Take this bread/Drink this wine/Let the blood run down your throat and up your spine.”

Long May You Run, on the other hand, is less meticulous; it feels homier and folksier in its sullen resignation. When the short, almost cutesy whistling solos on “My Waking Days” come together with the light background whirr of a DIY recording, a cozy, huddled-by-the-fireside feeling is added to the severe tone, which on I Will Return is squelched by the bristling clarity and slightly threatening austerity mentioned earlier.

But when, for instance, Tillman clears his throat mid-song, the whole “Here I am, brooding crooner and his guitar” bit suddenly nears over-saturation. This is not the only time that the pensive trot of both albums becomes too much, and a slight pick-up in pace and energy is often wanted. Here the albums are much more similar than they are different; they share an accentuated, slow-mo forlornness that transcends the different production values.

Tillman’s voice is bold and breathy, yet simultaneously subdued and quavering, immediately reminiscent of Will Oldham, Iron & Wine, and Jason Molina. None of these three, however, remain as consistently low-tempo as Tillman. On Long May You Run’s “House Arms Built,” Tillman’s guitar-playing picks up some energy and urgency, which, combined with the home-spun production, hints at the style Bon Iver later employed on For Emma, Forever Ago, imbuing otherwise grave and dirge-like compositions with a surprising spark and vigor. Tillman’s energy here, though, is anomalous; his ruminating, ponderous tunes are typically much closer to depressed folk’s granddaddy, Nick Drake.

At the end of listening to I Will Return and Long May You Run, however, I have to conclude that Tillman’s tunes don’t quite have the dynamism or the melodic inventiveness to put him on tier with any of the above. The slightly menacing tone of his lyrics on I Will Return, although partially redemptive, never compares to the force of Nick Drake or, say, Kurt Cobain singing Leadbelly’s “Where Did You Sleep Last Night.”  Nevertheless, Tillman has a sound with its proper occasions. Imagine hungover, white-light-winter mornings, or any of those “life moments” you always see in movies, where the pain is matched by that “everything is gonna be alright/it’s better in the long run that we aren’t together” kind of feeling.