Britney Spears continues to show why she's the best. 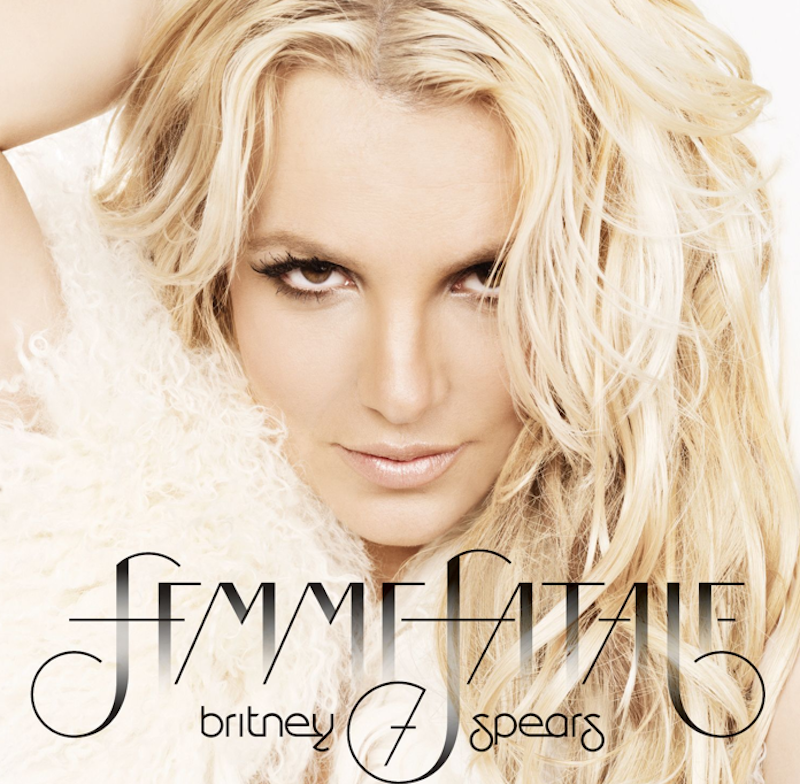 Of all the pre-processed, artificial, talentless pop blow-up dolls, Britney Spears is quite possibly the most processed, the most artificial, and the most talentless. Beyoncé can actually sing. Lady Gaga has performance art attitude. K$sha has rock and roll attitude. Rihanna has an accent. Even the relatively anonymous Ciara can dance.

In comparison, Britney is a cipher. Over the years, she’s mimicked a range of pop styles, from the faux-Beatles psychedelia of 1999’s “The Beat Goes On,” to the 2001 faux-Prince funk of “Boys.” But you never get the sense that those styles exactly influenced her, or that she even knows who Prince or the Beatles are. Without Michael Jackson, Justin Timberlake’s whole performance schtick would dissolve. Without Prince or the Beatles or even Madonna, Britney’s producers would just feed her something else. This is ludicrously illustrated in 2007’s Blackout, where whoever’s in charge decides to turn Britney into a confessional artist. On “Piece of Me” she coos and growls about her public meltdown and her kid and how unfair everyone is to her, and she sounds as engaged as if she’s reading someone else’s tax forms. When Christina Aguilera whines about her critics, she seems sincerely self-obsessed. For Britney, though, talking about her life is just another pose she can fail to carry off convincingly.

Which is absolutely not a bad thing. On the contrary, Britney’s utter lack of emotional investment in her own music has served her well throughout her career. The contrast with Xtina is instructive. Aguilera has 10 times the voice Britney does. But she also has at least that much more ambition, without any more discernible intelligence. Her increasingly desperate efforts to turn herself into something more respectable than a dumb pop singer—a classic diva! Lady Gaga! Anything! Help!—have resulted in one of the most embarrassing public careers in recent memory. For Xtina followers, her mangling of the national anthem wasn’t so much a horrible misstep as a logical culmination of her evolution as a singer. And I’m speaking as someone who liked Aguilera’s last album!

Britney’s had her own public disasters, of course. But they never seemed to touch her actual music, in large part because nothing touches her music. A Britney song has the perfect purity of an unwrapped Twinkie; it exists outside authenticity and time and art in an inviolable envelope of plastic. This has only become truer as her career as advanced. Way back on Baby, One More Time, Britney sounded almost human—on the first moans of that album she even came within a mortar shot of soul. No fear of that on the recently released Femme Fatale. Autotune was made for Britney and Britney for autotune. Her non-personality is systematically erased; she’s more herself than ever, which is to say she’s more no one.

Just because Femme Fatale is arguably Britney’s most characteristic album doesn’t necessarily mean it’s her best. The song selection overall certainly isn’t as strong as In the Zone, and I think Femme Fatale is a step down from her last effort, 2008’s Circus, as well. Still, there’s plenty to like. From the insanely catchy whistled hook of “I Wanna Go,” to the catchy and burpy low end on “Big Fat Bass,” producers Dr. Luke, Martin, Billboard and others pack the disc with enough gimmicks for an ABBA album or three. The sing-song girl-meets-bloop “How I Roll” does Robyn better than Robyn does. “I wanna go downtown where my posse’s at / got nine lives like a kitty cat,” turns streetwise posturing into music-box girl-group nonsense, an apotheosis of rapturously treacly yearning. But the highlight of studio fuckery may come on “(Drop Dead) Beautiful.” In the middle of casually objectifying some hot guy, Britney lets out a lascivious laugh which is almost instantly processed into a computerized squeal. It’s like the producers heard a flicker of sincere emotion and panicked. Drown it out! Drown it out! Where’s the confounded FX knob?
The totality of the self-effacement on Britney’s albums is definitely funny, arguably disturbing—and also, I think, kind of moving. For instance, at the beginning of “Inside Out,” Britney sings “gotta look my best if we’re gonna breakup.” It’s a wry, rather sad line, and it seems true as well—you want to impress the boyfriend more when he’s on the way out, though logically you should want to less. The lyric touches on a sense of being out of control, of trying to remake yourself to no good purpose.

I don’t think this is a glimpse of the real Britney. Someone else wrote it, and her delivery certainly doesn’t suggest she thought about it too hard. Rather, the lyric resonates with the fact that there is no real Britney. And that in turn points to a sometimes-neglected truth. Pop and love and life—they’re not just about swagger and personality. They’re also about disappearing into everyone and no one; about ominous, bitter, and sometimes sweet nothings.  Britney is not the pop star as genius. But there is a kind of genius in the way she incarnates the pop star as nonentity.