The Portland band discusses their unique sound and the purported greatness of their home city, among other things. 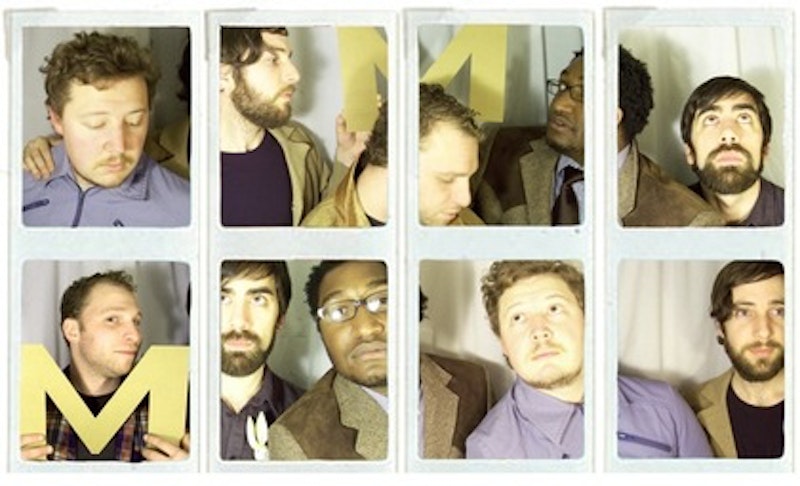 It was about a year ago now that Taylor Clark from Slate went on a rant about local indie rock celebrities who call Portland, OR home—making it, for Clark, the best music scene in the country: "Follow East Burnside Street for a mile or so and you'll land at the Doug Fir, the club where newly minted Portlander Britt Daniel of Spoon recently unveiled his critically lauded new album, Ga Ga Ga Ga Ga, at a secret show. Or, alternatively, you could follow Northeast 28th Avenue up toward the Alberta Arts District, where Death Cab for Cutie guitarist and producer Chris Walla lives."

We get it, Portland has a lot of famous bands, and you for some reason know where they all live. Not that I have anything against Stephen Malkmus or Modest Mouse (Isaac Brock is actually kind of my hero), but Clark didn't talk about any of the charming, beautiful hippy-ish folky Portland bands I love—and as much as Colin Meloy is pretty awesome himself, I haven't given a shit about The Decemberists in probably three years (and his Sam Cooke cover EP blew, Laura Gibson notwithstanding). Luckily some of those bands I love have recently gotten some good press: Horse Feathers signed to Kill Rock Stars; Weinland finally did a Daytrotter session; White Hinterland (who I've been following on the music blogs for a while) got some good write-ups off their recent Luniculaire EP; and Musée Mécanique have been touring the country in support of their album Hold This Ghost, now out on Frog Stand Records, a recently debuted Brooklyn label. After I saw them play The Golden West Café in Baltimore a couple weeks back, I decided to catch up with them via email:

SPLICE TODAY: How did Musée Mécanique get started?

MUSEE MECHANIQUE: Sean and I met in junior high actually. We've been playing music together ever since. A couple years ago we decided to make the move to Portland and start this project. We'd been working on some material off and on for a few years but it really started coming together once we moved. After that it was just a process of writing, recording and rewriting.

ST: What do you think of the Portland music scene? Too much Decemberists love?

MM: No, never too much love. The Decemberists are great and really contribute to the Portland scene and help a lot of local acts get more exposure. Everyone in Portland is really generous and supportive of each other. It's a great place to be a musician or artist of any kind right now.

ST: When I saw you play in Baltimore last week, you did a fantastic cover of Paul Simon's "Graceland." So, I have to ask: Graceland, the album itself: Great album or Greatest album?

ST: Tell me about this Brooklyn record label you're working with now? How'd that come about?

MM: Frog Stand is a great label. They are really new—we are their second release—but they are operating as if they have been doing this for a long time. They've worked with us on every idea that we've had and have been really flexible in how the record gets out there and is presented. I'm pretty sure they found us on MySpace.

ST: How has your sound developed over the years? How's the songwriting process work now?

MM: As I mentioned, Sean and I have been working with each other for years. We've always been a pretty collaborative partnership but on this record it was much more pronounced and integrated. It usually starts with Sean or me coming up with a melodic idea, a thematic idea or the skeleton of a song then we both sit down and start layering on top of that.

ST: Tell me about the craziest concert you've ever played.

MM: I think maybe the craziest (if there is such a thing for us) would be a house show in North Carolina. We played with this mathy metal band. At first we figured it would be a really bad matchup but then they started to play and we all got really into it. They were amazing and we bought their CD.

ST: Musée Mécanique or Grizzly Bear (the band, not an actual grizzly bear): who would win in a fight? I hear Daniel Rossen has weak knees.

MM: Oh we would definitely win. First of all we out number them. Secondly we are all trained in Krav Maga. And I think we would win against an actual grizzly bear too; we could outsmart it and get it into some Rube Goldberg type of snare and then train it to dance to our music and take it on tour with us.

ST: What are you listening to in 2008? What's got you most excited?

MM: I got really into Luke Temple's Snowbeast this past year. Also been listening to Great Lake Swimmers quite a bit. Always Portland bands of course: Loch Lomond, Horse Feathers, Laura Gibson, Weinland, Norfolk and Western, A Weather, etc.

ST: Who are some awesome bands you've shared the stage with?

MM: A lot of great Portland bands... most of the ones mentioned above. That metal band in North Carolina was called JekylnHyde. That was quite an honor. It's also been great getting to play with the Portland Cello Project a few times. It was a really fun collaboration and I hope we get to do more with them in the future.

MM: I'd rather not think about it.