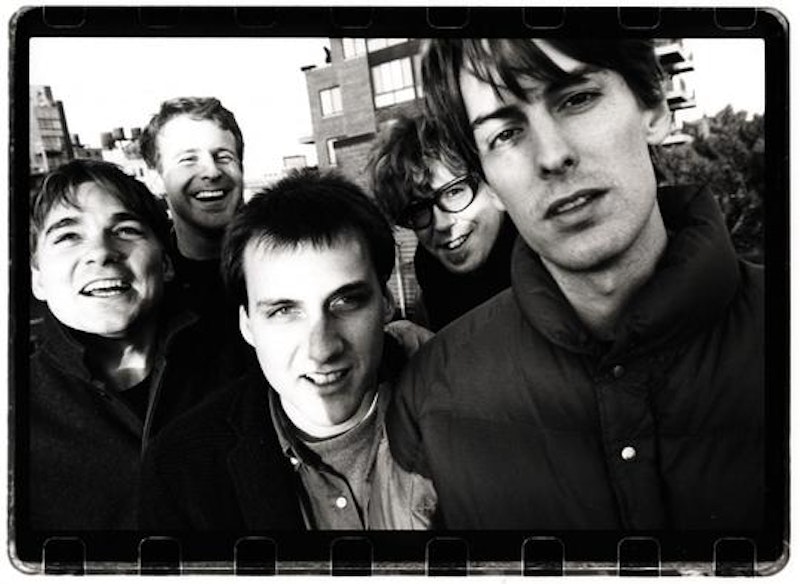 Near the end of High Fidelity (the book not the movie, as far as I remember) there's a part where Nick Hornby's forlorn, thirtysomething protagonist, Rob Fleming, talks about his slow fall from hipness:

Anyway, every now and then I test myself: I stare at the shopfront to make sure that I’ve heard of the bands with gigs coming up, but the sad truth is that I’m losing touch. I used to know everyone, every single name, however stupid, whatever the size of the venue the band was playing. And then, three or four years ago, when I stopped devouring every single word in the music papers, I began to notice that I no longer recognized the names playing some of the pubs and smaller clubs; last year, there were a couple of bands playing at the Forum who meant absolutely nothing to me. The Forum! A fifteen-hundred-capacity venue! One thousand five hundred people going to see a band I’d never heard of!

I mention this because it's all I could think of when I heard Charles Cohen's reminiscences about Pavement on last week's The Signal, WYPR's weekly arts show. "I guess at age 48," Cohen says, "I ought to be happy with the music I've collected and tossed aside over the decades, but it's finally come down to this, I no longer can declare a new favorite band; I can't even participate in those Top 5 Releases of the Year. Hell, this decade, did it really come to an end? It was a blur."

What follows is seven minutes of Cohen talking about why Pavement was his favorite band of the 90s, and how he now finds himself at odds with most popular indie music. "Alas, good ol' Pavement broke up in 1999, and ever since they did, I guess you could say I've been left hanging on the musical monkey bars, totally unable to reach the next rung."

To be honest, I never really listened to Pavement—at least, not before this past weekend, when I sat down and put on all five albums, as well as a couple of EPs, Spit on a Stranger and Watery, Domestic. I skipped the live stuff and the extended re-releases (because I don't need four different versions of a song I don't even like that much) but I still think that's some fairly comprehensive listening.

From the very first song, "Summer Babe (Winter Version)," off Slanted and Enchanted, Pavement's debut from '92, I was struck by how dated the album sounds. I know part of this is from the recording process—Pavement was perhaps the premier 90s lo-fi band (or so I've read again and again)—but everything about Slanted and Enchanted makes it sound like the official Gen X soundtrack; as if "Summer Babe" and "Loretta's Scars" are automatically what I hear if someone mentions early 90s angst.

At this moment, Stephen Malkmus looks so much like Stephen Malkmus that it seems like sarcasm. In fact, he looks like someone playing Stephen Malkmus in an ill-conceived Cameron Crowe movie: He's unshaven, he's wearing Pony high-tops that no longer exist on the open market, and his baseball cap promotes the Silver Jews.

And that's kind of what I think about Stephen Malkamus' music too: I'm half-way through Slanted and Enchanted and I start YouTubing clips from Reality Bites. I can't help it; I don't think I'd even have this many associative connections with Nirvana or The Smashing Pumpkins. Watching Pavement perform "Cut Your Hair" (their only MTV hit) on Leno in '94 is the most succinct summation of the slacker era I can think of. That look of ironic, detached whatever at :50 says it all.

And yet, I don't understand how Pavement's break-up in '99 could mark the end of anything for Cohen; Pavement is probably the most influential band of the last 20 years. As I listen to Crooked Rain, Crooked Rain or Wowee Zowee, I'm reminded of Modest Mouse, Deerhunter, Built to Spill, The Cold War Kids, and so on. I keep hearing familiar riffs and melodies; "Black Out" or "Father To A Sister Of Thought" could’ve been Summerteeth or Yankee Hotel Foxtrot-era Wilco b-sides; there are sonic throw-downs that make me think of The Fiery Furnaces or Dios Malos; Weezer's "El Sorcho" might as well have been a Pavement cover. I could go on and on. And I'm sure there are some Pavement MEGA-fans who will disagree with what I'm hearing above, but who could doubt the huge debt that 2000s indie rock owes to Pavement?