I Said, Are You Ready To Rock?

No more White Stripes, and the death of the guitar solo. 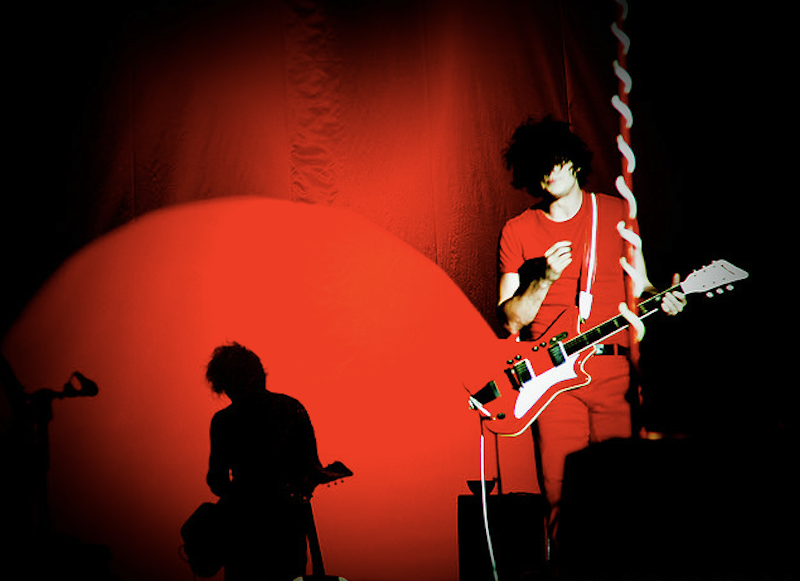 If you’ve read any music criticism lately, you’re probably aware that Train’s castration of a song “Hey Soul Sister” was the biggest selling “rock” single of 2010. People are proclaiming the death of rock in the mainstream, but really the mentality and mythology of rock has been dead across the board for years. Ego, persona, and heroism have gone out the window and are considered passé, and the most bristling casualty of this is the guitar solo.

The guitar solo is too often maligned as purely a show-off device, something that megalomaniacal guitar heroes use to puff out their chests and show how fast they can play a scale or something. So many people miss the point and the art of the solo: it’s a tool of emotional expression, like playing a minor chord to evoke sadness or using distortion to summon power. It doesn’t have to be overwrought or absurdly complex—one hopes that any solo is added to enhance and improve the song. But still, so many bands, those heralded as the primary rock bands of our time, disregard the guitar solo as egoist wankery.

There are no rock heroes in the mainstream anymore—all we have are musicians of the past and hopeless revivalists and posers (Kings of Leon, Muse, My Chemical Romance, etc.). Within the “indie world,” attention-hogging frontmen are nowhere to be found—just look at Arcade Fire, whose collectivist attitude and self-righteous underdog spirit, the killers of the rock ego Goliath. This shift happened longer ago, probably somewhere between Limp Bizkit and all that other nu-metal slag, and the garage rock/post punk revival of the early 2000s.

While bands like Interpol, The Strokes, and The Hives branded themselves based on minimalism and atmosphere, The White Stripes were perhaps the only rock group of that decade bred in the wool of rock mythology. There was the color scheme, the question of how Jack and Meg were related, the iconic music videos, and a powerfully distinctive sound, but more importantly, Jack White was a frontman of the old order. He was clearly the mastermind; Meg was his Ringo. And he knew how use a solo to kick everyone’s ass and elevate his songs. Case in point:

With the breakup of The White Stripes and the tight grip dance pop and hip-hop has on the mainstream, bands will undoubtedly become more and more wimpy until another revivalist wave of prog rock or something else happens. But the smart artist looks at what others aren’t doing or are rejecting, and uses that. The smart person will embrace the guitar solo, in all of its egoist stigma, or someone else will do it first. It’s just a matter of time.