Honestly, Who Likes The Decemberists?

It's all been downhill after Picaresque. 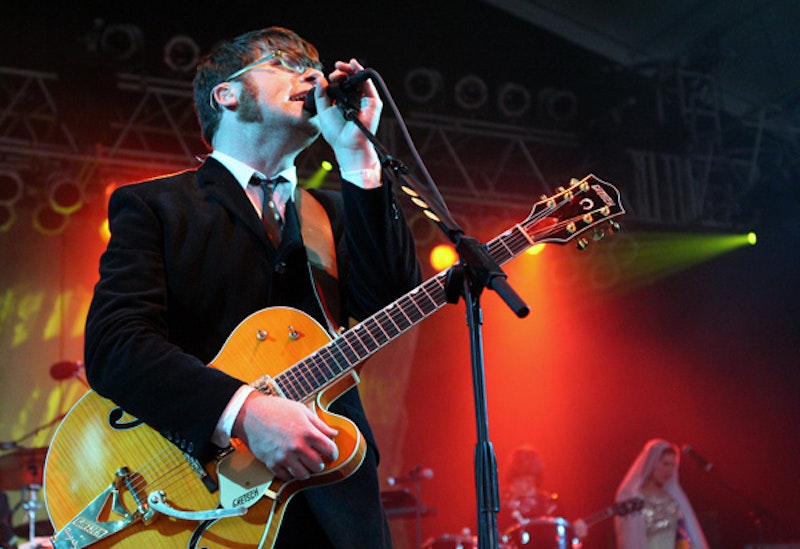 I’ve never met another person who liked the Decemberists, or would admit it. The Portland, OR folk rock band has an icky, embarrassingly earnest bent to their songs, and their dandy, loquacious lyrics are closer to a Lemony Snicket book than mumblecore. It’s like Dragonforce for hipsters. Colin Meloy’s adenoidal bookworm voice and loquacious, pseudo-literary lyrics about chimbley sweeps, sea shanties, aristocrats, and legionnaires are overdramatic and ridiculous, but for every silly, foppy song about a Victorian girl powdering her face, there’s the epic you never could have written unless you dared. Their 2005 album Picaresque is the best thing the Decemberists ever put out, and I rediscovered it a few weeks ago after years of ignoring the record. There’s no overarching concept or story, as in later, less liked albums like The Hazards of Love and The Crane Wife, and their silliness is easier to swallow in self-contained, whimsical stories.

The Decemberists are not a mysterious band: they’re like The Smiths (primary influence), and there’s a rigidity and tackiness to most of the songs because they’re so literal, that there’s no atmosphere to speak of, except maybe a douchey Yale kid’s dorm room. The Decemberists manage to be nerdy, square, and unfashionable these days. This recent review by Stephen Deusner is dismissive of a band whose “historical moment” has passed, so they have ceased to be interesting. What? I saw The Decemberists in 2005 about six months after Picaresque came out, and I would’ve enjoyed that show just as much today as I did back then. They’ve been drifting ever since, but Deusner is right about this: their songs are best digested in small stories, and with those first three albums (Castaways and Cutouts, Her Majesty the Decemberists, Picaresque), you end up with something like a Where’s Waldo? illustration of bedtime story characters. Who cares if no one’s talking about Victorian themes in songwriting anymore? I guess you can only listen to a silly band when everyone tells you it’s OK.

The more I re-learn Picaresque, the more I can appreciate what they’re striving for. For every rhyme scheme like “elephant/palanquin,” there’s an epic or the brilliant pop song. I got stuck on “The Sporting Life” in particular, a song about a high school runner fucking up, falling down, and embarrassing himself before a massive crowd of peers and “close relations,” with a big band beat, the same one from Iggy Pop’s “Lust for Life.” Meloy’s nasal wail suits these little throw pillows of songs, and the lyrics are engaging and more interesting than any vocal abstraction consisting of syllables and digital reverb. Who knows where the Decemberists fit in pop music, and who cares? You don’t need to justify enjoying a silly band.