Hi-Fi Quality on the Cheap

Putting together a quality turntable stereo system is easier than you may think. Read this before springing for the TK-421 upgrade. 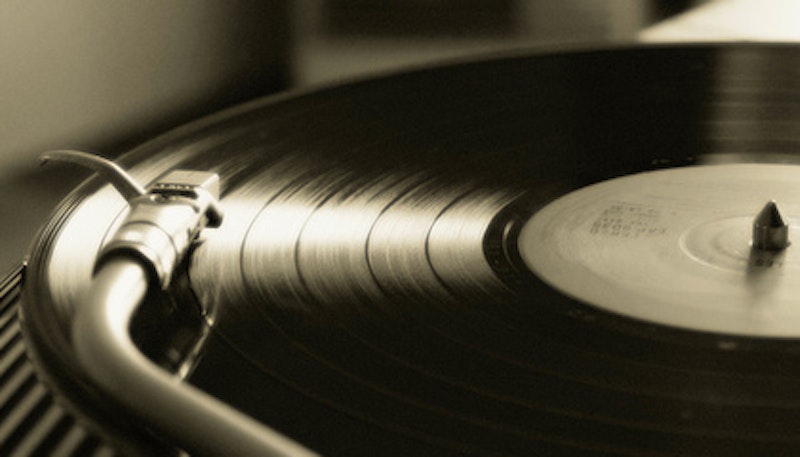 I get tired arguing about analog versus digital. I’m not going to disparage mp3’s or make haughty statements about how this generation tends to listen to music on laptop speakers off myspace, because really, it’s not true. Maybe our generation has stopped buying CDs, but we’re also responsible for the upturn in vinyl sales. It’s win-win: vinyl sounds great at home and most new releases come with a coupon for a free high quality mp3 download, so your music is portable as well. There are a lot of other things to love about vinyl, and in fact, I’ve already written an entire column about my love for the format.

This column, however, is about every time someone has come up to me in a record store and asked what kind of turntable to buy, and every time a friend has asked me to go to a Salvation Army to pick out a stereo. Now, I’m no audiophile expert, so my advice should be taken with a grain of salt; basically, if you do what I recommend, you’re going to end up with a very affordable set up nearly identical to mine. It won’t cost much, it will sound great, and nobody who I’ve advised has ever asked for a refund. If you’ve already got a turntable and you think I sound like a pretentious dick for assuming most people don’t, then read on anyway, because in the process of writing this, I learned a few new things too.

To open up a whole new world of music, you’re going to need three things: a turntable, a receiver and a pair of speakers. In building a quality hi-fi that you can upgrade over time, it’s important to start with a solid turntable. You might get lucky and score at a perfectly fine turntable at the local thrift store, but I wouldn’t recommend even looking—there are just far too many things that can go wrong, and without the ability to test it adequately, you’re asking for trouble. I’d turn to eBay, craigslist or freecycle, in descending order of cost and reliability. My friends have all done very well finding solid, working turntables for very reasonable prices on eBay.

As for the turntable itself, you don’t really want a new one, unless you’re loaded. The models they sell at Best Buy for $120 are twice as expensive and twice as crappy as a decent used one. You also don’t want to shell out $600 for a pair of Technics 1200’s unless you’re going to be a superstar DJ. You don’t want one of those portable turntables you can buy at Urban Outfitters unless you think you’re going to be digging for obscure records at some remote flea market anytime soon, and you don’t really want one of those USB turntables unless you already have another nice turntable and all you want to do is convert some of your rare records to mp3’s.  What you want is a gently used, well-maintained direct drive (as opposed to belt-driven) turntable from the 70s or 80s, manufactured by a reputable company like Technics. My Technics SL-D2 has lasted 10 years, five moves, a lot of hours and a lot of abuse. I paid $75, but as I write this there are three on eBay, all less than $50. If that particular model isn’t readily available, anything in the Technics SL range, Dual 1000 or 1200 series, MCS or vintage Pioneer will provide plenty of quality on a budget. Avoid anything that looks cheap, i.e., has a lot of plastic, mentions anything about linear tracking or doesn’t explicitly say “recently tested, works perfectly.”

Even if you score the perfect turntable, you’re going to want to replace the cartridge, or at the very least, the stylus, before you start playing records. Think of it this way: the stylus is the first thing that touches the groove of a record, and you want the signal from the source to be as pure as possible. Start with a good stylus, and a solid turntable and it will make a huge difference. You could have the nicest speakers in the world, but they’d still sound like garbage with a crappy old stylus. Also, using an old or damaged stylus will literally destroy your records. Plan to spend at least $40 on a cartridge, and really, spend what you can afford. Audio-Technica makes good, cheap cartridges and Grado’s low-end cartridges sound great to
me, and there are thousands of audiophile reviews or more high-end ones.

After the turntable itself, shopping for the rest of the system is a lot easier. You’ll need a receiver with a built-in preamp, or more simply, a phono input. I have a crappy Kenwood receiver I bought at Best Buy for $200 a long time ago and it’s about to die. I’m crossing my fingers that my mom will finally part with her treasured Harman Kardon receiver that she’s had since the 60s, but you don’t have to get fancy here. You can generally find receivers at thrift stores, and if you can test everything out, go for it.

The last step is finding a pair of speakers. This is the most subjective step and the hardest for me to recommend. You’ll have to consider size, but keep in mind that bigger is not better and that a nice pair of bookshelf speakers are better than a decent pair of booming floor speakers. If you’re buying used speakers, pop off the cloth grill and check out the foam around the woofer itself. If it’s cracked or missing, you probably ought to pass. Otherwise, just listen to them—if they sound good to your ears, that’s all that matters.

If you follow these steps, you’ll always be able to upgrade the receiver and the speakers somewhere down the line, but you won’t need to. If you buy a crappy turntable though, you’re in for trouble, as you get one part after another fixed—and turntable repair shops are few and far between, as well as expensive. As for buying records, check back next week for a beginner’s guide to buying vinyl.