The Great Book of John and Savaging Spires. 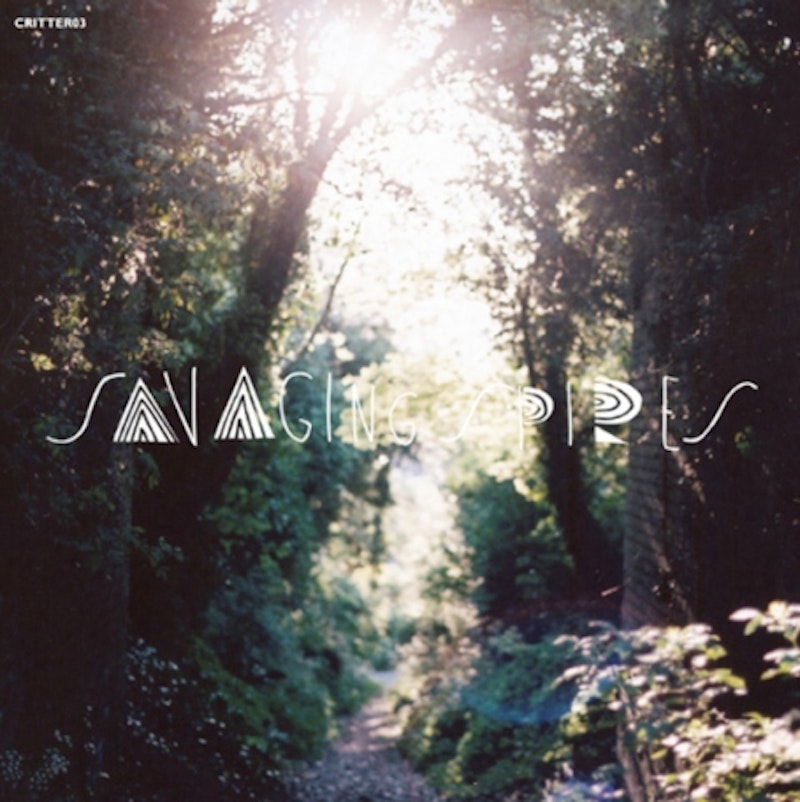 Though they take their name from a Hank Williams song ("The Angel of Death"), these Birmingham boys are no old-timey honky-tonkers. Frontman Taylor Shaw—like the rest of GBoJ, formerly of Wild Sweet Orange—owes an obvious debt to Radiohead and other recent English rockers, most notably on "Robin Hood" and "Let Me Slide," where Shaw's soaring vocals meet fuzzed-out sonic texturing. The album slows down a bit in its second half, and more stripped down acoustic tracks like "Wise Blood" and "10,000 Miles" break things up nicely. Although Shaw's lyrics tend to pile on the blandly ambiguous stock imagery (listen to "Foreign Currency" for a quick master class), GBoJ is an exciting departure from the band's previous stripped-down and hastily-recorded debut, Yves' Blues.

Never Tear Us Apart by The Great Book of John from Communicating Vessels on Vimeo.

As far as I can tell, almost nothing is known about Savaging Spires. They have no official website, their record label has no band info, and except for a vague press release that reads like the opening of a gothic romance—"You walk along the edge of the lake and catch the scent of jasmine. The voices are still out there, all these years later, singing something you remember"—I can't find anything about them. Their particular brand of dirge freak-folk is reminiscent of Black Forest Black Sea or even the more experimental pop work of The Microphones or Lullaby For the Working Class. Many of the songs writhe in a kind of aggressive and dreamy discordancy, deliberately pitting instruments, harmony, pitch and tempo against each other. "Messenger," with its unaccompanied acoustic guitar, provides the only reprieve—along with an apt statement for the album itself, "Send a real message/The ghosts of your dreams/Is haunting real trees." It's a jarring, demanding listen; and maybe it's rewarding, maybe not, but there's something beautiful in not knowing.

"Bending the Rules of Time"