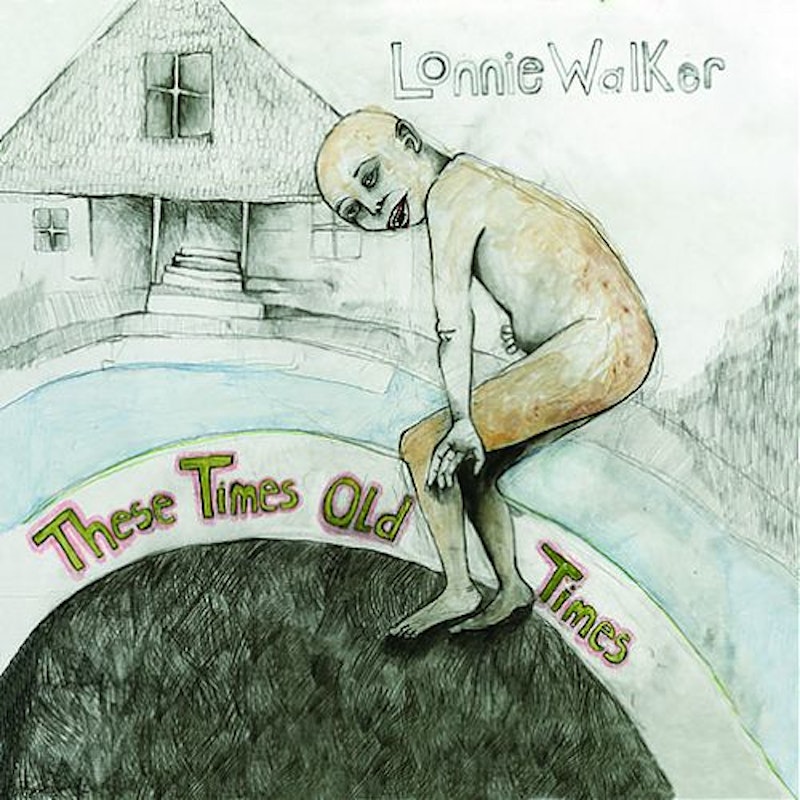 Well, here we are again. I’m down to two seats in my car on account of the promos taking over most everything in back of the center console. Team Clermont keeps me well stocked, God bless ‘em. So buckle up (see what I did there? Har!) and ready yourself for another installment of Greatest Hits From the Promo Pile.

I remember the Raleigh, NC alt-punk band fuckin’ killed it at their 2009 Whartscape show; likewise at their recent Ottobar show with Future Islands (old friends and former bandmates). Somehow I missed These Times, Old Times when it was released last year, but here it is ready for a full re-release via DiggUp Tapes (which I’m pretty sure is just the band’s own label).

Lonnie Walker is thoroughly a live band; they work best with overblown speakers and broken strings and the kind of accidental brilliance that can only come with a few beers and a sweaty audience. TTOT is too much studio shine for this band, but that’s the business of recording an album so I can’t really hold it against them. There’s a lot of rootsy Americana here (fans of Delta Spirit, for example, will love it) but with frontman Brian Corum’s vocals and weaving delivery you’ll likely be reminded of early Clap Your Hands Say Yeah. Expect really great things; oh yeah, and check their tour dates often.

You gotta feel kind of bad for Howe Gelb. Dude’s been at it for 25 years and 17 albums and yet many of his own former bandmates are way more popular and widely known than him: former keyboardist Chris Cacavas from the legendary Paisley Underground band Green on Red; former drummer Tom Larkins who now works with Jonathan Richman; and of course multi-instrumentalists Joey Burns and John Convertino, founding members of Calexico. Arguably, Gelb’s only famous by association, much like the late Jay Bennett (RIP, buddy). That’s not to say I don’t like Gelb’s latest album, Blurry Blue Mountain. It has some nice songs: the lonesome M. Ward-like opener “Fields of Green,” for example. Charming is an apt description. And while Gelb’s a fine songwriter, I can’t listen to BBM without thinking of at least 10 other bands who’ve made pretty much the same album, but better: Smog, The Court & Spark, etc. etc.

New Zealand psych-pop band Surf City is heavy on the reverb, keyboards, jangly distortion and pleasant harmonies; can’t say I ever know what the hell they’re singing but, hey, it’s psych-pop, no one cares. Turns out they used to go by Kill Surf City, but they didn’t want to be confused with this sucktacular band, so now the Jesus and Mary Chain reference is a little obscured, at least until you hear the first 10 seconds of their new album, Kudos, and then it’s pretty obvious. It’s not a complete throwback album though. While the first couple of songs are pretty forgettable, the band mixes it up on “Yakuza Park” and “Autumn.” A recent tour with Woods and Real Estate earned them a lot of fans stateside, and Kudos has secured a fair amount of critical acclaim. Good for them. I was tired of listening to The Chills anyway.

“This heart is so gargantuan/It does a crucial thing/It sends the blood to my fingertips/As I present to you these rings.” These are the ridiculous opening lines on Gramahawk’s first track, “Jane Child,” sung over backing Ooo’s and trippy electronica squeals, the autotune immediately noticeable. There’s something so very likeable about the Modern Skirts: eclectic, playful, hilariously raucous; Grizzly Bear meets Pattern is Movement. Highlights include “Tape Deck” and the gorgeous album-closer “To Be a Branch Davidian.”