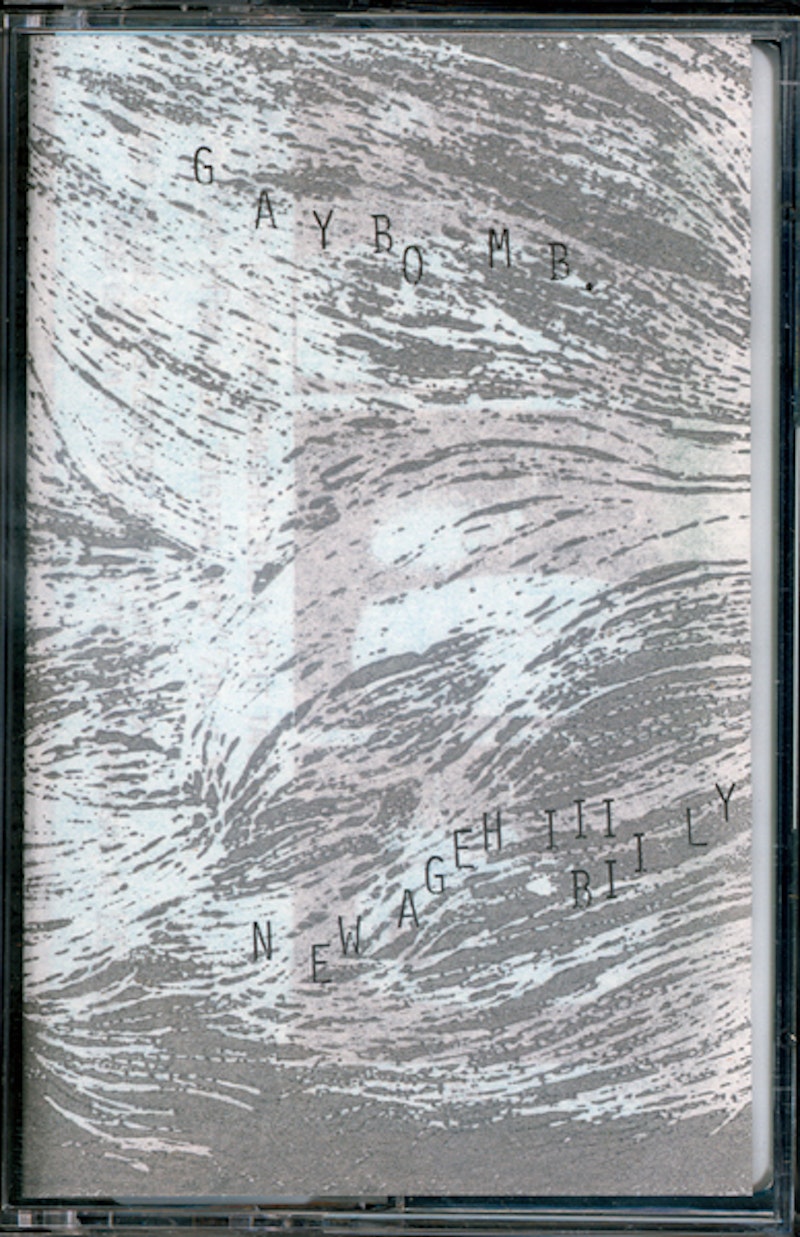 The inherent cachet and cheapness of cassette tapes allows underground artists to get away with a lot; the plastic, rectangular format has such an undeniable “wow” factor that extreme brevity, unremarkable cover art, and a scarcity of fully-developed ideas get a free pass. So when one happens upon a solidly destructive noise tape, it’s a crude, wonderful surprise. Take the new split release from Califone Card Master manipulator Gaybomb (nee Andrew Barranca) and jack-of-all-sounds Newagehillbilly (aka MT6 records chief Alex Strama), on Baltimore’s Spleencoffin imprint. In and out in a half-hour of negative power, the split nonetheless leaves an indelible impression behind.

At its outset, the Newagehillbilly side is more out-and-out formalist than much of Strama’s previous work; a filthy, flailing industrial pulse accompanies his outraged, unintelligible ranting and raving, but evolves into what sounds like a food fight between dank, post-Bomb Squad boom-bap and daft, singsong synthesizers with an unidentified Nine Inch Nails hit blaring somewhere out in the middle distance. It’s sort of like listening to rolling analog tape machines consuming themselves. The next movement errs on the side of raw ambient caution, all blood-red throb and menacing seethe; eventually this teeth-grinding snarl gives way to a loping, low-RPM thump and crunch that’s as sparse and unexpected as it is vaguely toe-tapping.

On the flip side, Barranca veers quickly from one strained, manipulated piece of noise to another; in short order, it becomes apparent that the madness we’re being assaulted with is a loop. Next, demonic, snarled-magnetic tape-like noise is fed into the mix as the volume inches slowly upward to cataclysm—and just when you expect your boombox to explode, Gaybomb strands you in 30 seconds of tape hiss. What comes next? A sandstorm of screeches, cauterized bleeps, sonic scuff marks, and a mere suggestion of singing—until, suddenly, the song reveals itself as what has to be the least successful cover of Paul Simon’s “Kodachrome” ever, shot through with video game noise pollution and unforgiving bolts of obliterating static.