Today is the summer solstice, so to celebrate it being a brazillion blazing degrees in Baltimore, here are some classic reggae jams to cool down with. 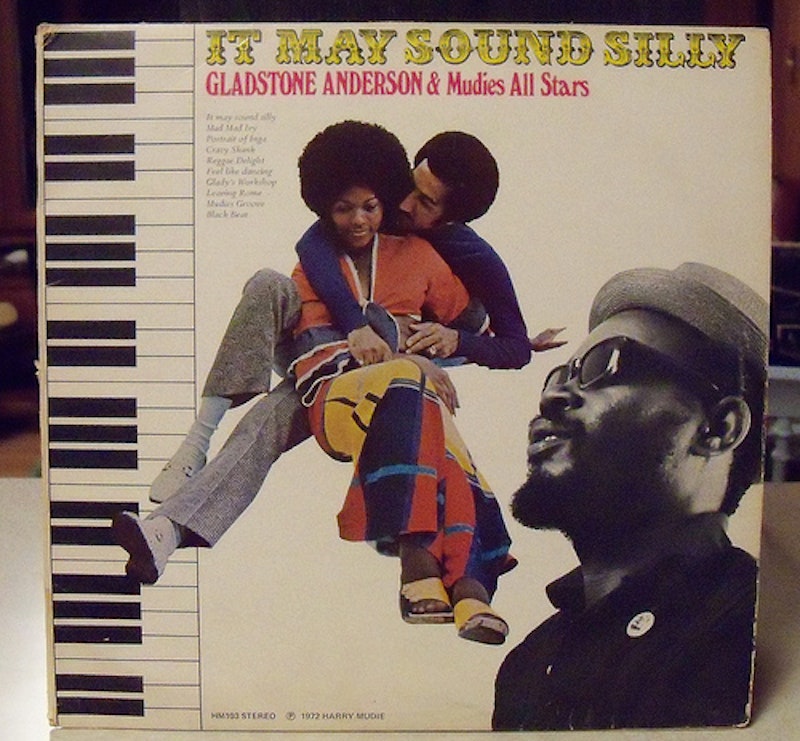 Gladstone Anderson & Mudie's All Stars - It May Sound Silly

This record (& the other one too) came out of a recent unbelievable Baltimore Goodwill score that is to this day my greatest come up. Like most of the records, this one has more than a whiff of the reggay scent, but thats not exactly what the title is referring to – the silliness comes with the introduction of a string section and a few woodwinds to tunes like “Crazy Skank,” and the closest thing Jo Jo Bennett had to a hit in 1971, “Leaving Rome.” Strings that swing don’t sound particularly silly to me, but maybe people laughed at this Monk-looking motherfucker when he proposed the idea. At least Harry A. Mudie (great name!) was on board, cause this is from hence forward going to become a go to relax record. It very occasionally borders on schmaltzy, but mostly the crisp drums keep the breezy arrangements light instead of syrup-y.

John Holt has the kind of sweet voice that makes me want to throw around words like earnest, earthy and robust. For me, John is up there with Alton Ellis as the Marvin & Stevie of Kingston, and I could listen to him sing the damn phone book. Fortunately, these songs aren’t just a list of names and numbers, they are about (and I’m quoting the liner notes here) “the changing times,” and “reveal John’s inner emotions.” That’s putting it subtly, but that’s what Holt does best. Spotty grammar aside, I can’t disagree with Tommy Cowan when he concludes his copy with: “This album I am sure will please the many John Holt fans as it did me.” Word.