From the crates: Bob Dorough

What good is it having all these old-fangled records if you can't share them? Here's a bit of context about why I (and you should) care about these dusty artifacts along with high quality mp3's ripped from the original record. 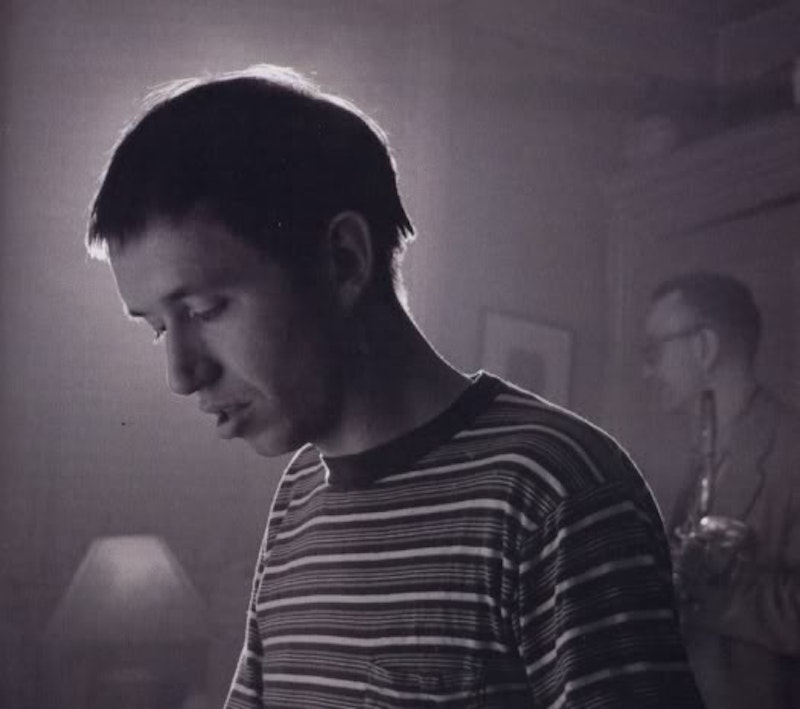 That handsome young gentleman happened to be one of Miles Davis' favorite singers, recruited after the notoriously prickly trumpeter was impressed by his lyrical rendition of Charlie Parker's "Yardbird Suite." One result of their collaborations was a rare Miles Davis album track with vocals, "Nothing Like You," on the Sorcerer LP. Dorough later experienced some-what of a comeback and gained more mainstream fame as the singer responsible for "Conjunction Junction," "Three is a Magic Number," and a lot of other Schoolhouse Rock fare. I'll pause while you re-live your childhood.

This album, released in 1966, is (for me at least) his definitive release. It doesn't exactly resemble the Miles Davis' era or the Schoolhouse Rock period of Dorough's career - but it does seamlessly blend the talents that make his entire discography worth examining. Backed by the elegant trio of guitarist Al Shackman, bassist Ben Tucker and drummer Percy Brice, Dorough's sophisticated piano and idiosyncratic voice carry the record through jazz, folk and blues without dropping a beat.

Among my favorite tracks are the spectral "Lazy Afternoon," the traditional adaptation (but seemingly autobiographical) "Crawdad Song," and a much better-than-you'd-expect version "Don't Think Twice," by esteemed contemporary (perhaps you've heard of him?) Bob Dylan.

I picked up this album during my one and only visit to State College, Pennsylvania for a measly three bucks, intrigued by Miles' brief mention of him in his autobiography, and brought it back to Ann Arbor only to find out Bob Dorough was a life-long friend of my roommate Theo's family. Theo's father, jazzman Lee Katzman, is a book unto himself, so I can't begin to expound on him in a mere blog post, but his close relationship to Dorough is the crowning seal of approval for this chronically underrated singer.