The Baltimore MC Reveals Details on “The Re-Up,” Out June 8th. 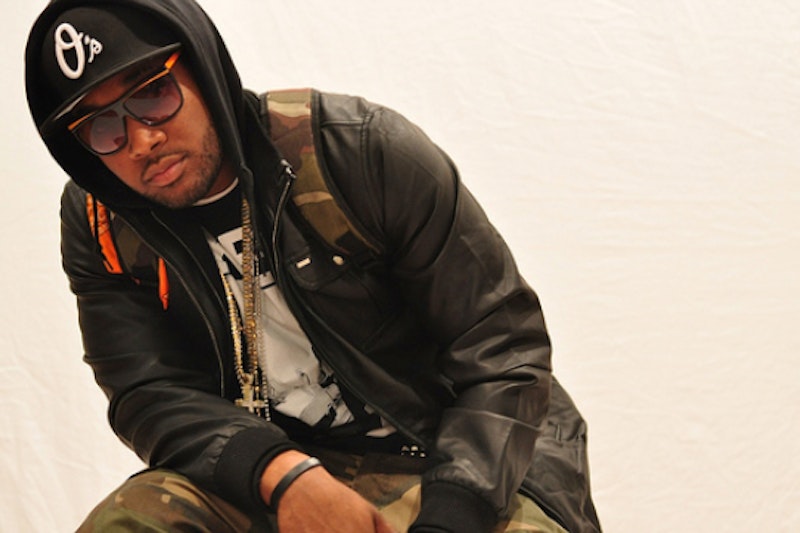 In 2004, East Baltimore native Travis Holifield decided to branch out from his popular local rap group N.E.K. and change his MC handle, from Jimmy Hash to Bossman. By the end of the year he scored three singles in rotation on 92.3 WERQ and released the album Law & Order independently with his label and production team, 1Up Entertainment. The album quickly became a high water mark for Baltimore hip hop, as one of the only local releases out of the scene to sell upwards of 10,000 copies, with slick production values and impressive songwriting. And the project quickly attracted the attention of rap mogul Jermaine Dupri, who signed Bossman to Virgin Records.

Fast forward five years: Bossman never saw eye-to-eye with Dupri, and after several album delays he jumped ship from Virgin. A single deal with MySpace Music followed, which launched 2008’s “Break Me Off” as Bossman’s most successful single to date, both in and outside Baltimore. Along the way, he made an appearance on the official soundtrack to HBO’s The Wire and released eight solo mixtapes, half of them in the last year alone. Now Holifield, 27, is finally ready to capitalize on his latest buzz with his second official album, The Re-Up. Once again back on an independent level with his old label Bossman is gearing up to drop the album on June 8th. And as they were finalizing the tracklist, I sat down with the rapper, and 1Up producer Rich “Nieze” Shelton, to listen to and discuss the songs confirmed to appear on the album.

The Re-Up kicks off with “B.O.S.S.” in which a toy Speak-N-Spell sounding out each letter of the title is looped to provide the backbone of the intro track’s beat, which features a triumphant synth horn riff reminiscent of Bossman’s 2007 single “So Fresh.” The first proper song, “Today,” produced by Inside Men for one of the album's few non-1Up productions, explores what Bossman says is a consistent theme of his work, examining how people from rough cities like Baltimore can turn a negative situation into something positive: “Some people gotta do things outside the law to survive, but only the real smart people make it outta there, take it and flip it into other options”

Bossman has always had a flair for high concept songs, and The Re-Up features its share. For “Pain,” he had a few strong drinks before recording to loosen up and write more bluntly and truthfully, and ended up with some surprisingly lucid and thoughtful lyrics. “When I drink, a lot of thoughts go through your mind / it’s easier to say things / So how we did this concept was a one take-type thing / I got drunk and we rolled through it.” The track “Double Life” is a dark, dramatic narrative song, with an ending twist that makes a play on the title. “Heartbeat,” which 1Up built from a recording of an actual human heartbeat, was inspired by the line “I can spit off anything, even the beat in your chest,” from an earlier Bossman song. “As a producer, I said ‘I wonder if we really did that,’ ” Shelton said.

Bossman, who long ruffled feathers in the Baltimore hip-hop scene with his self-proclaimed “Charm City’s King” title, has been working hard in recent years to reach out to other local artists, where he’d previously rarely collaborated outside of his crew. Earlier this year, a rapper he’d previously beefed with, Mullyman, patched things up to record a song together, and The Re-Up is full of appearances by other local artists. “We felt it was important this time around, to spread the love and share some of the success,” Bossman said. The posse cut “We Gettin’ It” and features up-and-coming Baltimore rappers Smash and 100 Grandman. “Miracles” with local R&B star Paula Campbell, has perhaps the most hit potential of any new track on the album, and controversial female rapper Keys has been enlisted to record a last-minute verse before Bossman finishes up the album.

The Re-Up includes several other new songs, including the contemplative “Politically Correct,” upbeat anthems like “Alright Alright,” “Unstoppable,” “Jackin’ My Cool,” and the album’s only production misstep in the rock-flavored “Dreamin’.” And out of the countless songs Bossman featured on mixtapes in recent years, only three made the cut for the album: the familiar favorite “Break Me Off,” the current single “All Over You” and the killer production showcase “Where It’s At” that probably should have been a hit when initially released in 2008. Taken as a whole, The Re-Up feels very much like a cohesive work from an artist and production team who know what sound and message they want to get across. Whether it makes the kind of impact on Baltimore and on Bossman’s career that Law & Order once did is a mystery, at least until the June release date, but fans will likely agree that it was worth the wait.