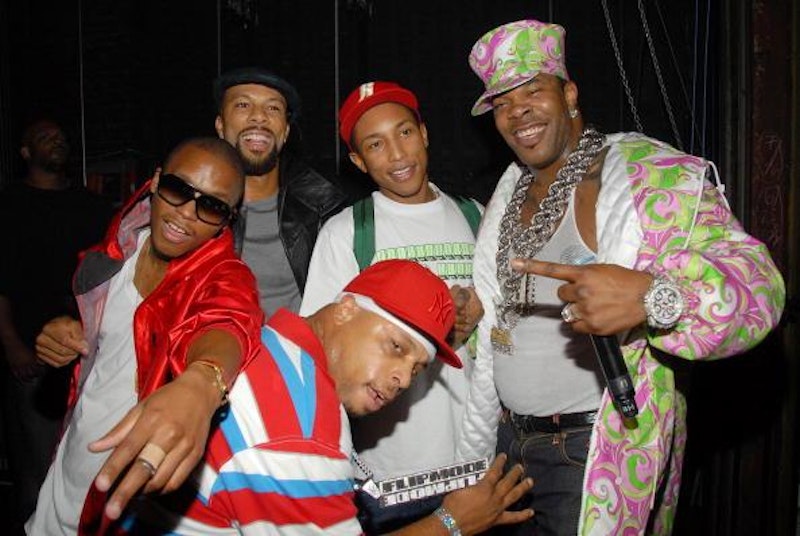 Ko Z: We worked hard and got tired but did not get enough food.

Lupe Fiasco: So eat this whole bottle of these Jalapeno peppers.

Williams: In the kitchen with the heat making beats in my apron.

Ko Z: We got one egg and one handful of rice in the morning, bean soup in the afternoon, and in the evening we got two pieces of meat with a little rice.

Ko Z: If a soldier runs away from his company, the Company Commander can go and buy a soldier from recruiting camp to replace him.

Ko Z: During my training we had to run in the morning, and we practiced parade drill, ploughed and harvested paddy, and studied about small arms.

Ko Z: They just want to eat pork, so they do silly things to the villagers.

Kanye West: I was too busy flying: parasail!

Williams: My flow interrupts your homeostasis.

Ko Z: I was afraid of that so I didn’t dare to run away.

West: Some girls do.

Ko Z: We came by boat on the Sittaung River from Shwegyin to Shan village.

Fiasco: In a speedboat?

West: Could you explain?

Ko Z: He was staying with his second wife.

Williams: She got an ass you can eat on!

K Zo: Some SPDC soldiers started calling people to jump on their truck and they would send them for free to their villages without payment. Many people were happy and jumped on the truck.

Williams: My niggas will be happy to give y’all torpedoes, and have your car twisted like a blunt.

Ko Z: They were so cruel to us.

Fiasco: Give me my props properly!

Ko Z: We never had time to rest, whether in the back lines or at the front line. I am angry at the SPDCs NCO soldiers and I want to kill them.

Ko Z: During training 10 recruits tried to escape, but only four of them got away and six were recaptured. They were tortured seriously, nearly to death. They were kept locked in leg stocks, handcuffed, tied with chains, and beaten again and again every time the NCOs got drunk. The NCOs ordered them to lie down on their faces and then beat their backs in front of all the recruits.

Fiasco: What happens when rapping and fashion collide?

West: Say you got enough diamonds to at least Sierra Leone-us! Brand-new Ferraris, I gotta make the donuts.

Ko Z: But if that’s not possible I will attend school again.