A pseudo list of some of 2011's freshest hip hop talent. 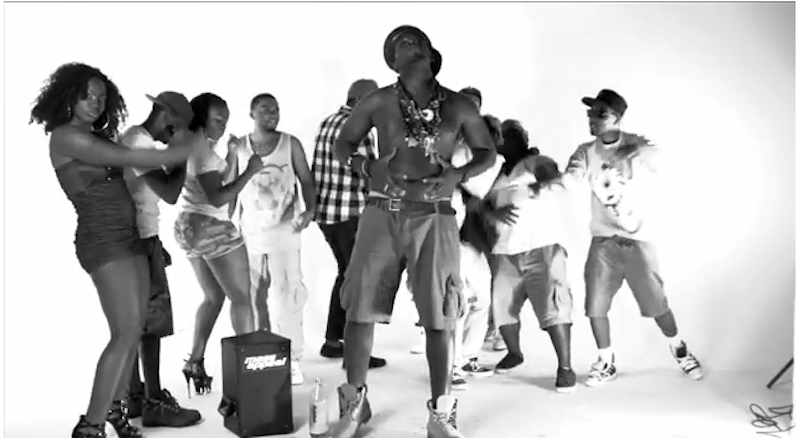 Making a Top 10 albums of the year list is a rite of passage for most music critics. I get why it’s fun, I use to enjoy it myself, but the utility of these type of broad, subjective lists has been greatly diminished by the sheer vanity that goes hand in hand with thinking that taste can be quantified. Who can compare hip-hop to indie rock, let alone sift through the incredible quantity of quality music released in a calendar year without chafing at the meaningless of it all?

Furthermore, the album is no longer the best measure of an artist’s impact in any given year. The Internet has diminished the album’s importance, and a wide range of delivery methods has allowed consumers to discover new music in ways previously unimaginable. The re-found emphasis on the single is a consequence of the new paradigm, as is the notion that now you have to give something away for free to constantly remain relevant. In hip-hop the mixtape, previously a way for rappers to essentially bootleg themselves, has turned into that aforementioned vehicle, and loose tracks and remixes have proliferated the Internet at an increasingly rapid rate.

If these types of lists do accomplish anything, it’s an easily digestible way for someone to wade through the ocean of free mp3’s flooding the blogosphere and discover some new music. So letting go of the pretense that this is in any way authoritative or reflecting anything other than my own (admittedly non-mainstream) tastes, I’d like to indulge myself anyway—starting with the five emerging emcees that most piqued my interest in 2011, with an accompanying YouTube video for a sip of the juice.

Oakland duo Squadda Bambino and Mondre Man are the epitome of the “album is dead” sentiment. As of this moment, they’re still unsigned, have never officially released an album, but have probably been more prolific than anyone else on this list, releasing at least 25 mixtapes, all available for free download. Their efforts have helped build a considerable buzz without any radio play, representation or touring. Most impressively, each tape has been an improvement on the previous one, whetting appetites and putting them in perfect position to cash in on the hype.

The most distinctive part of Main Attrakionz’s sound is Squadda’s atmospheric beats, followed closely by both emcees casual, hypnotic flows. The beats sound laid back, the rhymes seem laid back, but their energy and love of hip hop shine through anyway. The effect gives the group an aura of earnestness in an era where posturing in hip hop seems almost as important as craft. Through persistence and the aforementioned inhuman recording rate (these guys must live in the studio), they’ve developed something unique—recalling the days where a band honed their chops for years in bars and nightclubs before they laid their definitive statements to wax.

Hailing from the other side of the Bay Bridge, San Francisco’s Roach Gigz has taken virtually no time to get attention, his Bitch I’m A Player EP staking his claim as one of hip-hop’s deftest lyricists. Like Main Attraktionz, Roach has a palpable love for hip-hop and excels at storytelling, managing to be humorous without reverting to the tired, corny punch line style of rapping that’s become annoyingly ubiquitous (Thanks Lil Wayne!).

He’s brash, his beats bang, but it’s his versatility that sets Roachy apart from his peers. He can rock a club track, go fast, go slow, and sprinkle in enough introspection to balance out the occasional immaturity. And at 23, I suspect his best is yet to come.

Kendrick Lamar’s talent is so immense that Dr Dre, who knows a young star when he sees one, quickly took the young LA rapper under his wing, declaring him his next protégé - a mutually beneficial decision. Lamar might not even need Dre’s help, and if anything Dre may have found the one person who can inject a little vitality into his stale output.

Lamar has a ridiculous flow, with the substance to back up the style. I don’t expect every rapper to be “serious” or, ugh, “conscious,” but have a lot of respect for rappers who can pull off a having a deeper message than cars, cash and hoes without sounding preachy. If it makes you think, great, but you have to feel it too—and you’d have to be comatose not to feel Kendrick Lamar.

ASAP Rocky's approach, on the other hand, is not quite as nuanced. He sounds good, he looks good, he likes to have a good time; in the parlance of our times, he is just so damn swaggerific. Hailing from Harlem, don’t get ASAP mixed up with Dipset—this is a different kind of party music. DEEP PURPLE, Rocky’s latest mixtape, has a heavy eyelid, blunt smoking, lean sipping, basement vibe, almost like the East Coast equivalent of Main Attraktionz.

Settling on just five rappers was difficult, but Brooklyn’s Mr. Muthafuckin’ Exquire takes the last slot by virtue of releasing my favorite video of the year: “Huzzah,” off his Lost In Translation mixtape. A play on Craig Mack’s “Flava in Ya Ear Remix,” the black and white clip is the perfect embodiment of Exquire’s playful sense of humor and impressive self-awareness and one of the few music videos I’ve found myself re-watching. The whole mixtape is fun though, and is available for free: right here.