John Darnielle’s latest release is a step back from the novelesque records for which he’s best known. 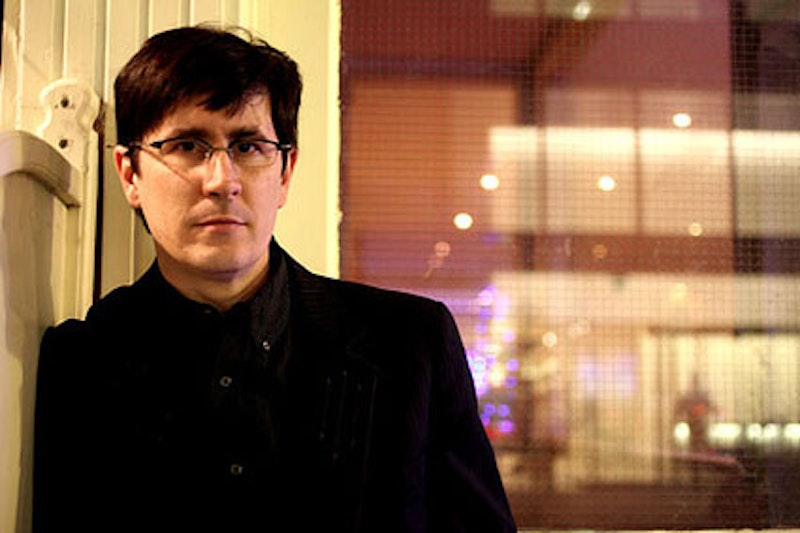 It's been a long road for John Darnielle. Back in 1991, while attending Pitzer College in California, Darnielle began writing and recording songs under the name The Mountain Goats. A prolific songwriter, Darnielle's known for his hyper-literate lyrical style and, throughout most of the 90s anyway, his boom box recording style. Early songs were released via cassette and vinyl by a wide range of small obscure labels, including Shrimper and Ajax, and featured an often-shifting line-up of backing musicians. Collaborations with bizarro folkies like Simon Joyner and Alastair Galbraith as well as a number of compilations and cover album appearances gained him a wider audience, and in 2002 The Mountain Goats were signed to 4AD. A couple years later, Darnielle developed a working friendship with indie favorite John Vanderslice, who has since produced nearly every Mountain Goats release, as well as toured with Darnielle. Along with Colin Meloy, Ted Leo and a few others, Darnielle has established himself pretty well among the "We play for nerdy English majors everywhere" crowd.

It was still, however, rather surprising to turn on The Colbert Report last month and see Darnielle there. For a show whose rare musical appearances have included the likes of David Byrne and Elvis Costello, Darnielle no doubt did receive the coveted "Colbert Bump."

John Darnielle - Autoclave - A Take Away Show from one shot seattle on Vimeo.

Darnielle has always, to some extent, constructed albums as conceptual works, but it's taken a more focused turn in recent years: most obviously on All Hail West Texas (the cover includes the note: "Fourteen songs about seven people, two houses, one motorcycle, and a locked treatment facility for adolescent boys"), as well as Tallahassee, which chronicles a troubled marriage finally done in by alcoholism, and We All Shall Be Healed, a semi-autobiographical account of youthful rambling and his friends' meth addictions.

If The Life of the World to Come, released last month, continues that approach, it also takes a couple of steps back. It's not a novelesque album like Tallahassee but rather a collection of story songs inspired by (or sometimes only vaguely related to) various Bible verses (1 Samuel 15:23, Psalms 40:2, etc.). This isn't Darnielle's finding God album a la Slow Train Coming. And he's not really taking on difficult issues of faith and theology in a Pedro the Lion kind of way. Sure, the songs are good, but they're always good. That's really all that's kept Darnielle going after 18 years: As a songwriter he's rarely put down a bad line. So in the end the whole Bible verses thing just comes off as pretty gimmicky. If long-time fans want to spend hours arguing about all the ways "Hebrews 11:40" the song and Hebrews 11:40 the Bible verse connect, fine by me, but I doubt it's worth the time.

Back in July, before the album was released, Darnielle had this to say:

I guess the obvious question is going to be: "John, have you had some sort of religious awakening?" and while I guess lots of people might want to be coy about answering that, that's never really been my style, so: no. It's not like that. It's not some heavy-narrative-distance deal either, though, and it's not a screed. It's twelve new songs: twelve hard lessons the Bible taught me, kind of.

And "kind of" really is the most important part here. "It's a good album, kind of"; "It sounds good, kind of"; "No, no. It's worth buying, kind of." Maybe this is a little too harsh, but for an album that I thought might be a whole new direction for Darnielle, The Life of the World to Come sounds too familiar. Highlights include the bright pop of "Genesis 3:23" and the bouncy keyboard-heavy folk of "Philippians 3:20-21" and "Romans 10:9." Owen Pallett (Final Fantasy, Les Mouches, Picastro) also adds some beautiful string arrangements to songs like "Hebrews 11:40." Darnielle is altogether too nebbishy to pull off ballads like "Ezekial 7 and the Permanent Efficacy of Grace" and "Psalms 40:2" finds him falling back into the annoying whininess that he (thankfully) manages to avoid here. Kind of.