Are You Even Trying Anymore? 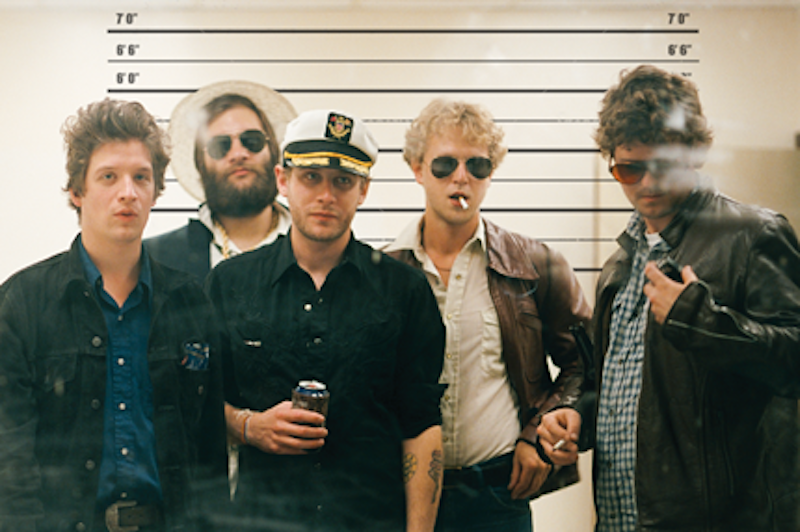 “What a cryin’ shame/cryin’ shame/What we became” sang John McCauley on an early Deer Tick song, “Ashamed,” a prescient line that sadly suggested where McCauley and his band were going. This is a band that’s been stuck on the edge of success for four or so years now. As far as I can tell, they’re doing okay—a sample of YouTube videos show hearty recognition applause, partial sing-alongs, and fan admiration despite McCauley being blotto and fucking up chords. Everything written about this band mentions the loose booziness of their playing, but it’s only endearing for so long before it becomes embarrassing. McCauley remains perhaps the greatest trad-folkie of his generation, with a lacerating crooner voice and true poetic tact, but his band’s albums have floundered in Starbucks featured artist purgatory for four years now. Despite an interview with Brian Williams and an appearance on Letterman last year (they really fucked up the song choice though—“Baltimore Blues” is such a standard, non-offensive folk ditty that holds none of the weight of “Dirty Dishes,” “Art Isn’t Real,” or “Christ Jesus.”), most people have no clue about Deer Tick, and they should.

Because Fleet Foxes suck. When Fleet Foxes blew up the scene in 2008, I remember resenting them pretty hard. A band half as good as Deer Tick bringing the music and the sound McCauley does better to the masses. The Fleet Foxes are so anodyne and safe, with some of the most uninspired lyrics I can remember, that every time I see the lead singer on some festival stage I want to yank him down to earth by his beard. Donovan and Dylan. While Pecknold sings in simple verse through Bob Ross eyes, McCauley is the crispy mystic mercenary, weaving wisdom and harsh words through a haze of uppers and downers.

The one and only time I ever saw Deer Tick was a solo set in 2006 in the bathroom of Shit Snake Lazer Beam, a defunct Towson, Maryland party house. Everyone crammed in there to see this guy play as soon as he started; I taped from the sink and sat open-mouthed the whole time. The claustrophobia only made everything more powerful: his loud voice, slinking and cascading lines of verse (“Turn the land into waste/And bury it in parking lots, I'm constantly turned off/by the look of the clock/ And it's turning into hours, I've got nothing to look forward to/Cause I killed all the flowers”), and it felt like one of those moments old fogies talk about in rock documentaries and retrospectives: that, for a brief moment, you were watching a part of something very pure and very exciting. Sitting in that sink four feet away from John McCauley and listening to him belt, it truly felt like I was in the presence of a future master.

Deer Tick’s latest LP Divine Providence is the death of that notion. It’s sort of like their Never Let Me Down, not that there was any corporate dough massaging this one to dumb it down. It just seems like they’re—or he’s—not even trying. Lyrically, the man still holds his own but anchored by the most boring folk rock sound you can imagine, they go nowhere. Musically he’s regressed significantly from the high watermark of War Elephant and prior, and I can’t help but speculate that the plateau of his band’s success has something to do with it. Divine Providence is the sound of either a scared, confused, or bored band, nothing I would’ve called McCauley only a few years ago.