All we have to offer

The challenges of finding new music, 2.0. 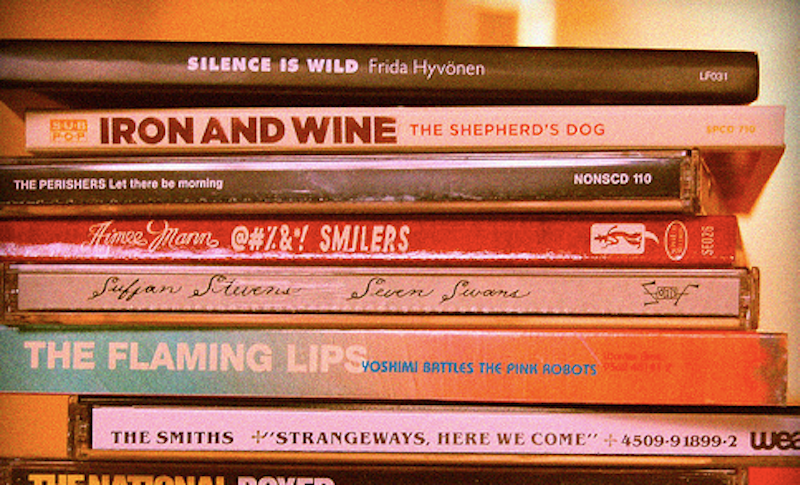 Over the past ten years or so there's been a pretty unsurprising trend: the number of hip up-and-comers with a guitar and an effects board who write a few songs and start a MySpace is directly proportional to the number of hip up-and-comers who start a WordPress blog, post a few mp3s and write a couple of hundred words praising the Second Coming of Bright Eyes or Neutral Milk Hotel or Arcade Fire or blah biddy blah. God bless these iBook-wielding scenesters (I count myself among them) for what they do but it can be more than a little confusing, desperately trying to trawl through thousands of blogs to find the best new music, so to help you I've put together my list of daily music pit stops:

1) Blogotheque - The Take Away Show variety of music video has become enormously popular over the last few years and it's all pretty much thanks to one man, Vincent Moon. His one-shot aesthetic has made huge advances since he first started working for La Blogotheque in 2006, as you can see in the two videos below (the first: Okkervil River in June of 2006; the second: Ryland Bouchard from last April). Nowadays he manages to book bands like the Fiery Furnaces and Tegan and Sara while still showcasing lesser known acts you've probably never heard of.

2) Daytrotter - Whoever thought Sean Moeller and a couple friends with a studio in middle-of-nowhere fucking Iowa could end up running just about the best music site on the internet, but apparently touring bands jump at the chance to break up the long mid-west haul with a little quality recording time. Every day Daytrotter posts a new session they've recorded with some road-weary band, a handful of them famous (Death Cab for Cutie, Daniel Johnston, etc.), most of them not. Three or four songs are offered as free downloads, and generally sessions feature unreleased material. A few of my personal favorites:

3) Glorious Noise - Though Glorious Noise doesn't have the staff or the coverage of the big name sites like Pitchfork or Stereogum, they do manage some of the best criticism around, especially when it comes to founder Jake Brown, easily one of the smartest and most sincere of the new wave of blogger/critics. When he's on, he's really on. Take his article (which I have raved about previously) from late 2008 on Jeff Mangum's re-emergence during the Elephant Six reunion tour. Or his 2006 obit of James Brown:

I was aware of the rule: When you work for celebrity it is extremely inappropriate and uncool to treat them like a celebrity, and a breech of all working-Hollywood etiquette to ever ask for an autograph. That's what Midwestern tourists do: not employees.

Nevertheless, I begged Mike to ask him to sign an album for me. I had been seriously getting into funk for a while at that point, and was picking up every James Brown album I could find on vinyl, no matter the condition. My favorite album was Reality, which featured a mustachioed Brown on the cover surrounded by images of the troubled times of 1974: cops, dope, guns. But I didn't want to have him sign that one because it seemed a little too dark and negative (plus, I wondered how fondly he'd remember that mustache).

So instead I opted for the album with the coolest cover of all. A double album with a gatefold sleeve that folds out vertically to show a full-length Mr. Brown sporting a superbad black and white leather jumpsuit and an unprocessed afro: Get on the Good Foot. It's the best. My copy was in lousy shape, held together with masking taping and spotted with thirty years of resin and bong water stains. Which was fine with me. I didn't want Mr. Brown to think I was just some collector scum trying to score something to turn around and sell off. I wanted him to know I was a fan, someone who listened to his music and appreciated it and enjoyed it.

4) Hype Machine - Whenever you're looking for a song (and a free, possibly legal, download of said song), be it rare, unreleased, a live recording, or just a straight album cut, look no further than Hype Machine, an aggregator of thousands of music blogs that archives all past posts, and searches by MP3, providing you with direct links for download. I have found everything from some truly excellent live Will Oldham recordings at Aquarium Drunkard to i guess i'm floating's weekly best-of round-up that usually nets me another couple of must-have albums/must-see-live artists. A truly excellent service.