The newest "Eccentric Soul" release from the Numero Group highlights forgotten Atlanta labels, and the rewards fall short only compared to their previous successes. 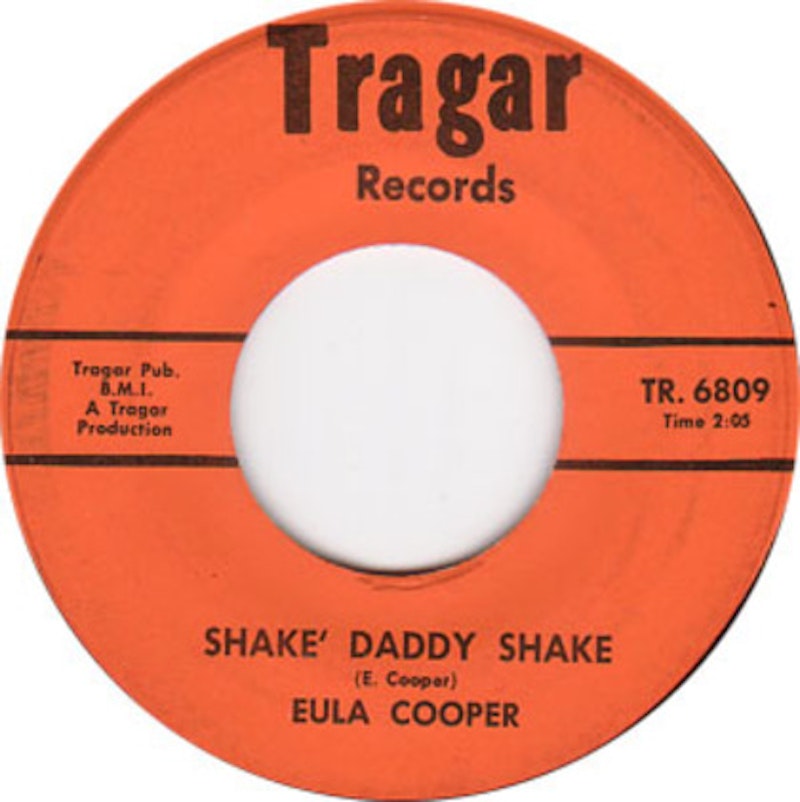 Writing about Numero Group's Eccentric Soul series feels redundant. They are perhaps the best, most consistently satisfying reissue label in the business. Comprised of just six people with a boundless appreciation for electro-samba, vintage folk, and, above all, soul music, Numero Group is as dedicated to unearthing a forgotten story as it is forgotten music. This is no 16 Rare Funky Cuts compilation of random unlicensed 45s. Self-described "Minister of Information" Ken Shipley and his partners dig deep for the biographies of these artists—hunting down friends, old label accounts, and even visiting old storefronts that bear some resemblance to a label's name. The group should be praised not only for the wonderful music they resurrect, but the stories that they bring to light.

The Tragar and Note labels come from Atlanta, Georgia. Stationed at the crossroads of Atlanta's historically black colleges, Tragar and its maverick label-head Jesse Jones understandably scooped up a lot of young talent. The result is a smattering of funky gospel, southern soul, and hopscotch melodies that can only be expected from a Numero Group investment.

Jesse Jones was a gambler, womanizer, and canny businessman. After a give and take stint in the Los Angeles record industry he moved back home to Atlanta and eventually in 1968 founded the Tragar label, named after his wife Tracy and son Gary. Positioned near schools and churches, Jones had the advantage of simply placing ads in the newspaper for young vocalists. These local teenagers formed the backbone of his label and allowed him to explore other musical avenues simultaneously. This included releasing some of his own saxophone cuts under the name J.J. Jones and promoting more eccentric artists like Chuck Wilder.

Jones attempted to find success by casting some artists in the form of already famous national acts. The song "Love is So Mean" employs mournful horns with Richard Cook attempting his best Otis Redding knee-crawl. However, it's the bloated verses that distinguish the song most from Redding's more eloquent lyricism. Frankie & Robert are essentially just a Sam & Dave imitation with a sort of southern twang. But as is the case with every label Numero Group has explored, Tragar featured some artists that were more than special.

There were two artists in particular who had the potential to make a splash outside of Atlanta. Tee Fletcher was an accomplished songwriter and tried his hand at many soul styles. "Down in the Country," the opening track to Tragar, is a name-dropping slice of southern funk. Like Arthur Conley, Fletcher pays homage to the kings of the genre and somehow forms a coherent track by simply patching together familiar shout outs and chorus lines. His most impressive cut is by far "All Because of You." Whereas Fletcher's vocals are friendly yet unremarkable on most other songs, "All Because of You" injects some passion and rough edges to his singing voice. Fletcher's lyrics are supposed to match the uplifting nature of the backing instruments, but, whether it's intentional or not, he sounds rather somber and unsure when he sings, "Lonely days/Lonely nights/They are gone, gone, gone." Incidentally, it makes for a much more interesting song than his other contributions.

Eula Cooper was a local schoolgirl and was poised to be Tragar's superstar. She was just a young teenager, originally from Alabama, who was discovered joking around with some friends in a department store below Jesse Jones' offices. The schoolyard rhyme that she was singing that day would eventually turn into "Shake Daddy Shake," a flirty, mid tempo track with a bouncy groove and playful lyrics. Several disc jockeys pushed the song outside of the city but it never managed to spark. Jones wasn't too concerned though. Cooper was very young and he fully expected her to put out a stream of singles with at least one of them catching fire. Cooper did record a significant amount of material, but contrary to Jones's estimation, not a single one boosted his label to national prominence. You can hear both the good and underdeveloped of Eula Cooper on this compilation. Songs like "Heavenly Father" and "Try" bolster Eula's pleasant voice with rising horns without demanding too much of her. But when she's asked to hold a falsetto throughout a track, she can't handle it. "Let Our Love Grow Higher" is unusually up-tempo and her painfully strained and reedy falsetto is noticeable.

Jones also took full advantage of his proximity to Atlanta's black churches. One of his best finds was Sonia Rossman, who at just 14 was already a lead soloist in her choir at Union Baptist. Rossman and her soft falsetto were perfect for Roberta Flack-style ballads. "Breaking My Heart" is a delicate slow burner in this fashion. Her voice flutters with hushed tones and reservation, as if she's bracing for her heart to be ripped out. But Sonia could also be independent and extremely commanding. On the standout track "Let Me Be Free" Rossman sticks to a mid-range key and demands the refrain while the background instrumentation grows increasingly more lush and triumphant. It's a quick cut that's well under two minutes, a bit too short to have ever really touched the airwaves, but the sound is undeniably there and Rossman's (Her stage name was shortened to Sonia Ross) voice has its own sultry character.

The Numero Group catalog has essentially catapulted a whole cast of forgotten artists into cult stardom. Each label tends to feature at least one singer or group with the potential for national success. The Outskirts of Deep City unveiled the hip-to-it girl group The Rollers, whose Jackson 5 sing-alongs brim with youthful energy. The collection from Columbus, Ohio's Prix label featured the absolutely devastating voice of Eddie Ray. And its neighboring label Capsoul was home to Johnson, Hawkins, Tatum & Durr whose cross melodies sound innovative even today. Numero Group devotees often talk about these standout artists in the same breath as soul's most famous. There is no clear-cut artist from Tragar to add to this list, and whether that deems it less attractive than other Numero releases is up to you.

It's hard to pinpoint the overarching sound of the Tragar label. By dabbling in soft ballads, instrumental funk, and grimy soul, it's clear that Jesse Jones wasn't sure either of Tragar's desired sound. He worked with what he had. He tried different styles and angles, and that creativity is in full display on this two-disc set. The Tragar and Note Labels continue Numero Group's unbelievable output and the fantastic Eccentric Soul series. It may not be the most memorable of the label's reissues, but it isn't far behind the best.

The Numero Group website has song samples for this and other releases.