A double review of The Walkmen's You and Me  and Kanye West's 808s and Heartbreak. 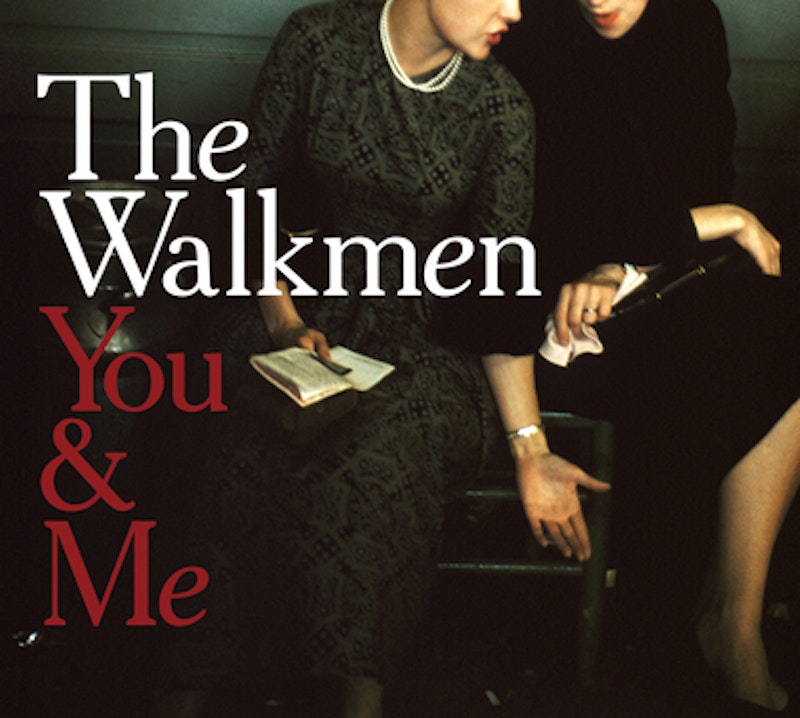 "I'm not loving you

The way I wanted to

What I had to do

Had to run from you

I'm in love with you"

Five people wrote this song, including the self-proclaimed "Voice of this generation" Kanye West. Articles about West can't seem to be written without mentioning his year of tragedies in 2008. Or his ego. Or his fashion extravagances.

I don't really care about any of that. I don't care about auto-tune (better than West's no-tune natural voice that he insisted on using in his previous work). I also don't (really) care about the lack of rapping on 808s and Heartbreak, West's new record.

No, I care about the lyrics. Take another look—they're awful. They seem like a holdover from Kanye's Second Grade Rhyme Book (sample lyric: "In the sea/Be with me/We'll be free/You and me/Oh, look—a bee").

In defense of this youthful display, Kanye holds that Heartbreak was written over only five days, a length of time that could indicate either divine intervention or delusions of the same.

But—and this is a huge “but”—for all Heartbreak's faults, I can't stop listening to it. Maybe the same dumb simplicity that damns it to the janitor's closets of music history also makes it so compelling. It's a case of art by subtraction, both in lyric and melody. Why did West, a musician of considerable bravado, make something so barren? Could Jon Brion not be reached from Hawaii?

More questions: Is West on to something? Are simpler songs more memorable and therefore more marketable? I've been pondering these for a while now.

Like so many of my peers, over the last month I have been swept up in the tidal wave that is the Beyonce "Upgrade" Comcast commercial. I am told that the "Lemme lemme upgrade" that Mrs. Knowles (or is it Ms. Fierce) sings in the ad is actually part of a larger song. I haven't bothered to download the whole thing—the 30-second commercial has been enough to force me into bouts of singing at home, in the car, etc. It's simple. It's catchy. "Lemme lemme …"

If I'm honest, this is why I avoid pop music almost altogether. Pop TV, too—I just know I would become hopelessly addicted. I'll take an eight-minute sleeper by Songs: Ohia over the new Kanye because I know it won't plague my mind while I'm in line in the grocery store.

And so I am forced to conclude that, by that measure, the new Kanye is a success. The man who now labels himself as a pop artist has crafted an album that is, down to its bare elements, "pop."

As 2008 was a year in which The Walkmen planned to release an album, the top spot in my year-end best-of was reserved long before the end of December. The Walkmen have been my favorite band ever since I started to understand exactly what that statement really requires.

No, having a 'favorite band' is much more of a requirement of the listener. If their favorite band puts out a record, they have to celebrate the singles to their friends and give the filler tracks more time than they're due. They have to tolerate their band's inane music videos and buy ticket to see them to nights in a row and three times over the year. They have to scour YouTube for any signs of new, live material. And, of course, every other record that year has to compete for second place.

Thankfully, it wasn't just this writer who found You and Me, the fifth full-length from The Walkmen, worthy of such devotion. Pitchfork gave it an 8.5, a rating usually reserved for New Age Keytar Revival Septets. Stereogum, Aquarium Drunkard and Allmusic liked it too.

In fact, the only music critic I could find with an unfavorable review towards my favorite band was Jim Derogatis.

Well, he's wrong. That's another thing that required when you have a favorite: ad homonym fanboyism.