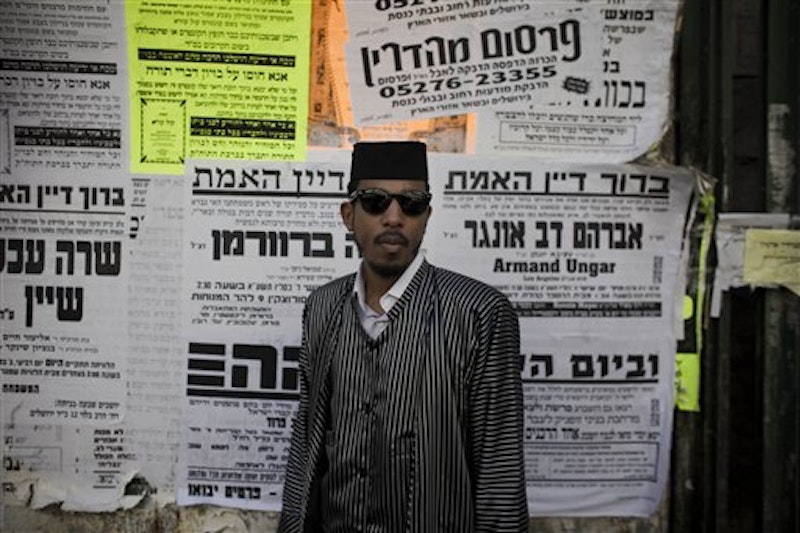 The first time I read a recent article in The New York Times about the rapper Shyne’s conversion to Orthodox Judaism I tried to perceive it as any ordinary non-Jew would: an interesting story about a Gangsta rapper who got in trouble and underwent a religious transformation in prison.

During the second reading, however, I sought to view it from the lens of the next generation of Orthodox Jewish children in America, and what they’ll be subjected to by the forces of religious propaganda in the Yeshiva system. Raised in this community, I can say with certainty that the conversion, or “giyur lechumra,” of Shyne—once a protégé of Puff Daddy who spent years in prison for firing gunshots in a club while in the company of his former mentor—now known as Moses Levi, will be presented as proof of the irresistible truth of the Torah. If someone, so far removed from Judaism, could “see the light,” the rabbis will say, there must be something to it.

Equally crucial is Shyne’s describing “the science of Judaism” as a key inducement. For those Orthodox rabbis who reject science altogether (in seventh grade I was taught that dinosaurs never existed and that scientists must be mistaken because they’re constantly changing their calculations about the planet’s age), the rapper’s statement will be trumpeted as validation from an objective outsider that the “science of Judaism” offers a superior worldview to secular science. The ways of Hashem, they preach, offer spiritual and moral guidance that cannot be found elsewhere.

Likewise, the rabbis will undoubtedly pounce upon Shyne’s story to justify all the absurd restrictions they impose on themselves and, more importantly, their students. For example, Levi explains that religion provides him with “boundaries.” Sabbath encapsulates the notion that “you can’t just do whatever you want,” and that “you have to set limits for yourself.” He goes further: “All these rules, rules, rules…  But you know what you have if you don’t have rules? You end up with a bunch of pills in your stomach.”  This will be promoted among the faithful as evidence that the “goyishe velt,” or secular society, has nothing to offer. Just godlessness, emptiness, and excess.

Whether or not one respects the rapper’s religious convictions—although the preaching of all fanatically religious groups are fundamentally evil and dangerous, if Shyne’s faith affords him stability and structure then as long as he does not impose his views on unbelievers I have no objection—it’s important to consider that he reached his conclusions as an adult and wasn’t subjected to religious coercion. But among most believers, and particularly in the case of Orthodox children who have been brainwashed before reaching the age of reason, it is tragic that all they’ll be told about life outside of Orthodoxy is that it leads you to “end up with a bunch of pills in your stomach.”

Though it’s true that some people need limitations, religion is not the only apparatus that can provide rules and guidance. Interestingly, for someone like Shyne, the load of restrictions imposed by Orthodox Judaism equal the excesses of sheer permissiveness that had apparently dominated his pre-conversion lifestyle. Observers must literally live like Amish people during the Sabbath: no cell phones, Internet, light or cars; orthodox Jewish boys cannot even touch women until they experience “yichud” during their wedding night and are told that if they eat bacon they will go to hell and ostracized by the community. Surely such injunctions are outdated, unhealthy, untrue and unfair. Ultimately, most practitioners of Orthodox Judaism are indoctrinated through a prison-like program. Only in Shyne’s case he literally had to be put behind bars in order to “see the light.”