“A Beast That Crawls And Flies And Pisses While Vomiting” 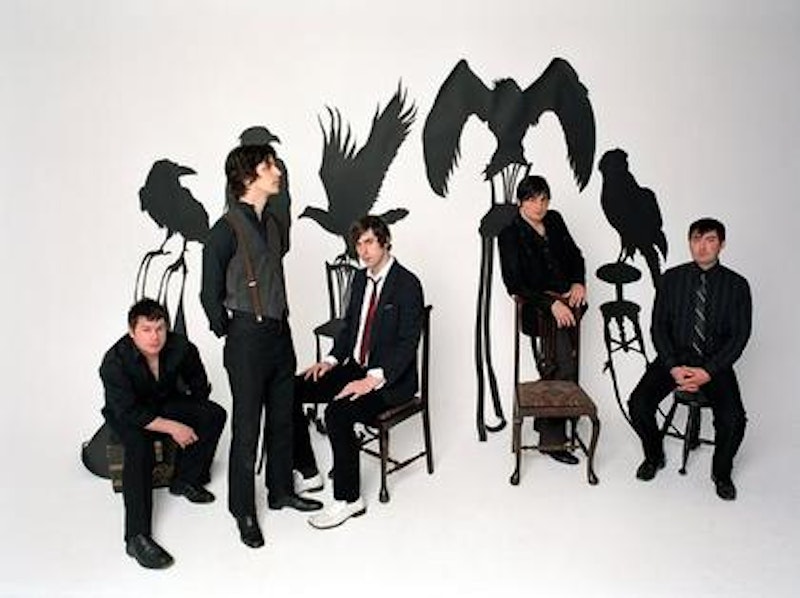 In an interview with ...And You Will Know Us By The Trail Of Dead’s guitarist/drummer/vocalist Jason Reece several weeks ago, he began to describe the essence of his band’s new album, The Century of Self. The title itself is a reference to a BBC documentary series of the same name, about Freud’s nephew Edward Bernays, viewed by many today as the father of modern advertising. The series explores the idea of today’s ad culture as bereft of substance, of mass democracy as thievery of individualism. Reece then changed gears, explaining, with a cackling laugh, how “Halcyon Days” is about experiencing the end of the world in Manhattan. “Isis Unveiled” is about God, Jesus and the Devil, and how the members of this triumvirate have revolved around one another for an eternity.

The fact is, the image Trail of Dead carries is an inappropriate match for their sound on The Century of Self. Consider the lofty conceptual ambitions explained above by Reece, or the band’s website and its epic, Zelda-esque anime imagery. Then their name, possibly the longest in recent major-label history, the dramatic posturing completed by the ellipsis tacked onto the front.

This brings to mind an image of nerdy excess, where words like “nintendo/emo-core,” “prog” or “math rock” surface, along with an overall sense of misplaced musical intellectualism. My mind then goes to another group of Texans, At The Drive-In, and their partial reincarnation, The Mars Volta. Yes, it is unique that your guitarist can play 30-minute, atonal, noise-freak-out solos at lightning speed, while your singer screams something about “simulacra” and a rat poison overdose. I might even pay to see that live. But listening to all that on an album?

Now, given what Reece had to say about The Century of Self’s artistic and lyrical goals, I need not explain that the sweeping, mythical aspirations are of course also present on this album. But, quite simply, Trail of Dead sounds classic doing it. Partly because where the music could be as headily random as the lyrical motifs, it is instead grounded in strong, hooking post-punk melodies and stripped down, rootsy rock ‘n’ roll. Nonetheless, Trail of Dead’s tendency to write songs well over four or five minutes hasn’t changed. But rather than creating that epic rock feeling through nebulous cluster-fucks of noise (like The Mars Volta), Trail of Dead use the expansive space their lengthy songs afford them. The result is an aggressive, fist-pumping clarity that stems from a wide array of post-punk, classic and hard rock influences.

“Luna Park” and “Far Pavilions” are marked by sudden swings from cooled-off crooning or deadpan sing-speak to a penetrating holler: a spine-tingling channeling of Ian MacKaye, especially on Fugazi’s final, less-hardcore, more-hard-rock effort, The Argument. “Fields of Coal’s rough, Americana sound echoes Springsteen as much as The Replacements. “Halcyon Days” feels like the doom-rock piece that Reece described, but the bludgeoning heaviness is refreshingly straightforward, with soaring vocals and barreling guitar riffs that harkens back to early Sabbath. “Bells of Creation” may be my favorite track simply because its reach is even wider than the other songs on The Century of Self. The almost-adenoidal vocals recall Chuck Mosely of Faith No More, but by the song’s end the gears have shifted, teasing at hardcore, with a climactic build-up and guttural scream that could give Fucked Up’s Pink Eyes a run for his money.

Producer “Frenchy” Smith described the album as “a beast that crawls and flies and pisses while vomiting.” But when the whole band blithely shouts a stomping chorus together, and the untold numbers of instrument tracks flex and bow around one another in easy harmony, I get instead the impression of well-oiled, unified expression. Whether that expression preaches the trappings of consumer culture, impending doom, the contradictions of religion, or whatever, doesn’t really matter.