Jonas Mekas' groundbreaking cinema-diary is out in a truly deluxe two-DVD-plus book package. (Grade: A) 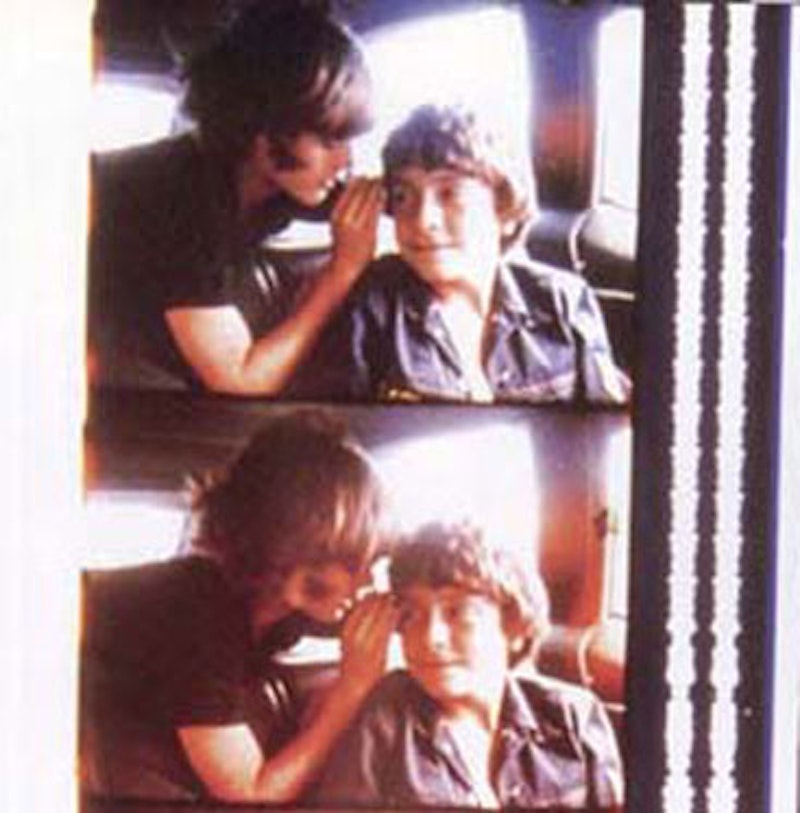 The push-pull dynamic of the film's title says it all: Diaries, Notes, and Sketches, also known as Walden has, for Microcinema DVD's recent reissue, been officially rechristened as simply Walden, its de facto title since its initial release. Jonas Mekas' personal, inherently unfinished, and episodic record of the famed New York Scene from 1964-1968 can no longer be viewed as the filmed sketchbook its author claimed it to be in 1969, and has taken on a canonical reputation worthy of its namesake. I can't argue against the subtle renaming; Mekas' film, when watched now, anticipates all manner of subsequent filmmaking, from Chris Marker's didactic media collages to Ross McElwee's metaphysical home movies to the DIY aesthetic of punk and beyond. But I also can't help notice how the now-monolithic title (and equally impressive all-black, hard-slipcase packaging of this new product) distracts from the impish, homespun pleasures of Mekas' film. Despite being nearly three hours long, Walden sprints by—an unnarrated, frequently fast-motion tour of Mekas' life and friends, from Andy Warhol and John Lennon to Timothy Leary and the director's hero, experimental filmmaker Stan Brakhage. It bristles with life and excitement, and celebrates the then-novel use of film as a means of personal discovery.

What the new box set—with the film's six original reels split among two DVDs and supplemented by a fascinating and useful book of annotations to each scene—appeals to, then, is the reputation that Mekas has since acquired as a touchstone among avant garde or countercultural aspirants. Mekas is now a legend, and nearly all contemporary urban art communities bear the imprint (in ethos if not aesthetic) of the Warhol-led scene documented in his film—multimedia collaboration, a celebration of kitsch, an equation of sexual taboo-breaking with artistic innovation. So what's surprising and delightful about Walden is how uninterested the filmmaker clearly is in the scene itself; the characters come and go, famous faces occasionally flit by, but the film is largely about perception and selfhood rather than the sanctification of a particular group of now-influential people. "After the late 1960s," writes the critic David E. James in his introductory essay to the new DVD set, "the diary was increasingly valorized as a literary practice of self-discovery, self-renovation, even as the place where the self might be constructed," and Walden fits this tradition perfectly. This is a document of Mekas' perception, a cinematic statement of personal worth. It's not the cast of characters that matters, it's the fact that Mekas corrals his interactions with them into a sprawling, stylized evocation of memory itself.

Though presented in chronological order, no real narrative unites Walden's many scenes. The film begins with a snow-covered New York winter and ends, nearly four years later, right after John and Yoko's peace bed-in, but there are no lessons to be drawn about the turbulent time period, nor any evidence of the shifting culture from the film's soundtrack. Instead we're treated to visual snippets and elusive depictions of trips, friends, and settings, collectively scored with subway noise, home recordings of piano or accordion, organ, and street sounds. The soundtrack rarely syncs up or even relates to the images onscreen, which themselves are a mad jumble of sped-up footage, double-exposed images, and distorted 16mm film stock. Parts are exhausting, some are a little boring, but taken as a whole the general sensation is one of euphoria.

The fast-motion serves the dual purpose of linking Mekas' work to film history—people move with the hectic, ant-like purpose of old newsreels or silent movies—while also endowing Walden with a hyper, lifelike quality. Indeed, the blur and tangle of images in Mekas' film resembles memory itself; he represents his own life as lightning-quick vignettes that register emotionally rather than visually. As such, it might behoove an interested viewer to not watch the whole thing in one three-hour chunk; Mekas, in a 1969 note that introduced this version, claimed, "The author won't mind (he is almost encouraging it) if the Viewer will choose to watch only certain parts of the work (film), according to the time available to him, according to his preferences, or any other good reason." I suspect that Walden is a film one can truly live with, pulling it off the shelf every now and again to revisit a particular scene that gets caught in your mind.

The most troubling part of Walden is actually outside its creator's control: the legacy of the movement documented in this film is a prickly, even obnoxious one. Allow my own biographical digression: About three years ago I found myself at the Floristree space, one of Baltimore's endearingly derelict loft-set concert venues. The occasion was a Beach House/Arbouretum double bill, mere weeks after the former's self-titled first album had begun to garner national attention. Subcultural luminaries milled about—Dan Deacon was working the bar, which mainly involved pulling $2 Natty Bohs out of a fridge; Wham City types were working the crowd. The space required a buzzer entrance and rickety shaft-elevator ride to reach. The whole thing felt self-satisfyingly exclusive, as I suspect any unadvertised, probably illegal concert with a city's current coolest bands tends to feel, but the excitement in the place was genuine. If there was a Baltimore ca. 2006 equivalent to the New York Scene, this concert was, at least for the evening, Ground Zero thereof.

Obviously everyone at such an event is going to be putting their hippest foot forward, and as social theater the whole thing was actually pretty benign; I saw little posturing beyond haircuts and some exaggerated accessorizing, both of which can be found anywhere. But caddy-cornered to the stage, on the other side of the main concert-going crowd, was a couchful of people, maybe 10 of them, all watching, on a gigantic television, Brakhage's 1971 short "The Act of Seeing With One's Own Eyes," a 32-minute silent film consisting mostly of handheld 35mm autopsy footage. It's a purposefully challenging film, a shockingly direct cinematic confrontation with mortality that is rightly considered by many to be one of the filmmaker's key works. Which made its presence at this generally joyous concert that much more outrageous. Not content to be at an exclusive, suffocatingly hip event, these people felt the need to also prove their insouciance toward the proceedings. It was not enough to merely be present at the show, they had to somehow project their utter above-ness, the unceasing cerebral seriousness that convinced them it was essential to watch this graphic, uncompromising film while surrounded by onlookers.

In the context, the movie, which faced the crowd and was therefore unavoidably visible to anyone who turned away from the music, was an almost pornographically gaudy display of cultural capital; there was no justification for it other than the viewers' desire to impress people. If they really wanted to appreciate the power of Brakhage's images, they might have gone home and watched it without sound, as he made it. And if they wanted to add a little visual pizzazz to the proceedings, they could have just put on some of Brakhage's less purposely grisly material, like his earlier proto-psychedelic work with physical tape distortion.

The initial shock and newness of Brakhage and Mekas' work has worn off, and it's troubling to think that their intensely personal, intellectually innovative films are now simply cult-capital for eager-to-impress scenesters. Perhaps it's also inevitable, the fate of any work whose influence exceeds its actual popularity. Which is why this handsome repackaging is so essential. Viewed at home—with the book and all, this a decidedly non-Netflixable product—or even better, in pieces over time, this new Walden is a chance to appreciate that Mekas' true innovation was not his allegiance to any particular scene, but his recognition that film could be a medium of pure self-expression. There may be footage of the Velvet Underground's first show and a host of Manhattan street scenes, but there's an equal amount of farm-set vignettes, which, apropos the film's title, equates urban countercultural revolt to rural escape. For Mekas and his friends, art was a medium of rebellion and self-discovery, not a means of impressing (and begging for the attention of) one's peers, which is why this powerful document holds up 40 years and countless imitations later.