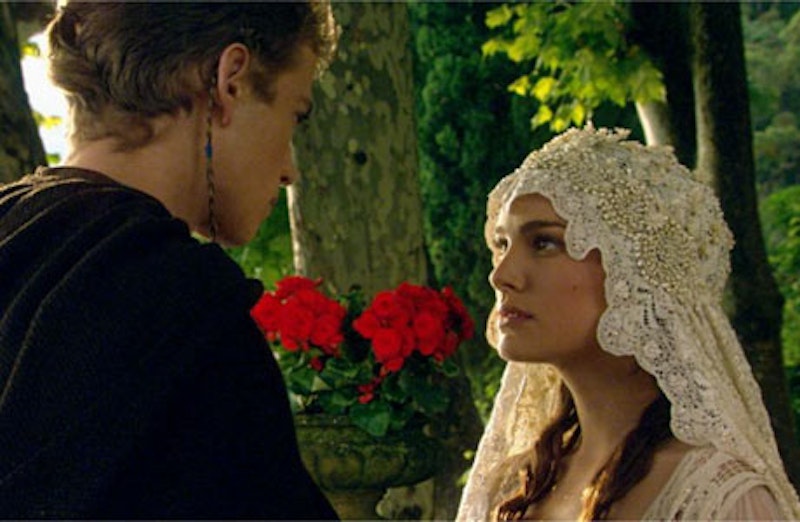 Name a woman you consider a great actress, and an image instantly comes to mind. Katharine Hepburn: Waving from the barge in The Lion in Winter, or giving Henry Fonda hell in On Golden Pond. Bette Davis: Smirking about the bumpy night we’re about to have in All About Eve. Vivien Leigh: Descending the staircase in Gone with the Wind, or perhaps remarking about the kindness of strangers in A Streetcar Named Desire.

Now flash-forward to today, and the likelihood that Natalie Portman’s about to crown her awards season haul with a Best Actress Oscar for Black Swan. A critics’ favorite since she was first seen on the big screen in 1994’s Léon (a.k.a. The Professional)—made when she was 12—Portman has since gone the growing-up-in-public route, deftly sidestepping the “too much, too soon” traps that have befallen the Lindsay Lohans of the world, keeping her private life out of the papers and building up a decent, if not particularly impressive, resume.

When you hear Portman’s name, though, does a particular performance, line of dialogue or emotion come to mind? No. You might flash across a number of images: Her scruffy gamine Mathilda in Léon, a prototype for Chloë Moretz in last year’s Kick-Ass (sans the memorable lines); the kabuki-style makeup for The Phantom Menace; the flashing red eyes behind the makeup in Black Swan.

But to date there’s been nothing indelible about a Portman performance, nothing that arguably couldn’t have been achieved by another young actress armed with the same script and direction. New York’s David Edelstein put it best this week, in his review of her latest effort, No Strings Attached: “Portman—as intelligent as she is—doesn't have much imagination. If George Lucas gives her wooden dialogue, she’ll be wooden to the core. If Darren Aronofsky makes her his masochistic marionette, she’ll twirl and hurl on cue.”

The counter-argument to Edelstein’s point would be that Portman “disappears” into her roles, a la Meryl Streep—but that’s not quite true either. You can chortle at Streep’s early career as facile, as she tried on different accents for different roles, but in later life Streep has relaxed to the point where she seems to be having fun, whether it’s in The Devil Wears Prada, Mamma Mia! or Julie & Julia. You don’t forget that she’s Meryl Streep, but after a time that doesn’t matter, and you simply sit back and enjoy the performance.

“Fun” isn’t the word that springs to mind with Portman; “joyless automaton” is, at least since her third film, Beautiful Girls, where she again came across as fresh and natural. Since then she’s hit all the expected notes: Woody Allen (Everyone Says I Love You), Tim Burton (Mars Attacks!), interchangeable tearjerkers (Anywhere But Here, Where the Heart Is), would-be stabs at indie cred (Goya’s Ghosts, My Blueberry Nights, Garden State), a desperate feint at a franchise (Mr. Magorium’s Magic Emporium), and drab costume drama (The Other Boleyn Girl).

There’s not a memorable performance among them (with the possible exception of her determinedly “kooky” Shins-loving character in Garden State), and most of them were flops. That’s not entirely her fault, of course, but what was the deal with the Star Wars pictures? Given that Lucas’ strong suits have never been dialogue or characterization, shouldn’t an imaginative actress have been able to imbue Amidala with … something? Instead Portman’s usually a part of the scenery, ceding even Revenge of the Sith’s climactic emotional scenes to Hayden Christensen, of all people.

The same held true for her other big-budget fantasy, V for Vendetta. What should have been a gutsy, awe-inspiring performance was instead a sort of celluloid place-holder, with Portman mostly marking screen time in between the much more intriguing performance of Hugo Weaving’s V—who spends the entire film hidden behind an immovable mask. You might recall Portman’s shaved head, but you probably don’t recall anything she actually said in the film.

Likewise, Portman’s performance in Black Swan is overshadowed by those of Mila Kunis and Winona Ryder. That’s partly because of the character, who’s supposed to be shy and retiring, at least when compared to her co-stars. But one rarely feels the frenzy boiling inside Portman’s character; instead, you watch her hit her marks, go mad, and walk out talking about the script and the fact that she really worked hard to look like an actual ballet dancer. The tears you feel welling up when Moira Shearer goes through somewhat similar peregrinations in The Red Shoes remain unprovoked here.

Now Portman’s going the movie star route, with the standard rom-com Strings to be followed by the Danny McBride comedy Your Highness and another franchise-wannabe, Thor. Far from being the next Streep, she’s positioning herself to be the next Julia Roberts. (Isn’t one enough?) Perhaps she’ll finally find some actual joy in performing, and communicate that to audiences.