The Dumbing-Down of Horror

Today's horror movies are long on gore and short on brains, and the current directors of a once-great genre have blood on their hands. 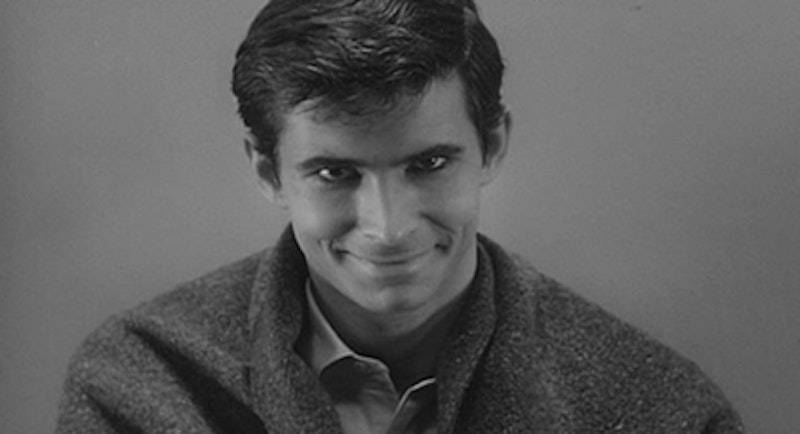 Plotline for the 2004 film, The Grudge, according to imdb.com:

Karen Davis is a woman residing in Japan with her boyfriend, who is studying there. Temporarily assigned to be caretaker for a woman with severe sleeping disorder, Karen goes to the patient's house. What she finds is something she would never expect. The house is plagued by the presence of murderous ghosts, the result of a curse. The curse is born from someone dying in a powerful rage. Now, Karen finds herself being tormented by that curse, as it eventually starts claiming its victims.


Another plotline, this one for the new “horror” film, Shutter, also from imdb.com:

A newlywed couple Ben and Jane move to Japan for a promising job opportunity— a fashion shoot in Tokyo. During their trip on a dark forest road they experience a tragic car accident, leading to the death of a young local girl. Upon regaining consciousness, they find no trace of her body. A bit distraught the couple arrives in Tokyo to begin their new life. Meanwhile Ben begins noticing strange white blurs in many of his fashion shoot photographs. Jane believes that the blurs are actually spirit photography of the dead girl who they hit on the road, and that she may be seeking vengeance.


As you can see, the creativity of horror movies is taking a nosedive. Some buffs say that today’s horror movies are so filled with garbage that they make Young Frankenstein seem like an actual horror film. Others come to the conclusion that the horror films today deliver excellent fear and excitement. That brings us to two possibilities: a) the film genre of horror is extinct or b) the majority of people seeking entertainment don’t know what’s good for them. Can’t really pick out the lesser of two evils right there.

There are more pressing concerns in this world today that dwarf pop culture—oil prices, global warming, the presidential election and a sagging economy, just for starters. Nevertheless, after glancing at the trailers for the upcoming horror excrements advertised as The Ruins and Shutter, I can’t help being concerned about the possible downfall of this historic genre. Over the past 10 years or so, nothing but complete Hollywood filler has been coming out of the horror industry. Thanks to the minds of false horror visionaries such as Rob Zombie and Eli Roth, the mainstream horror genre has turned into remakes of either older American cult horror movies or foreign (usually Asian) horror films; sequels or prequels from previous horror releases, whether the original film is from 2000 or 1970; or original scripts, consisting of either wet adolescent girls dressed in rags who don’t speak or sex-and-mutilation films with nauseating and unnecessary gore and vulgarity. Horror has gone from making the audience feeling vulnerable from the amount of fear a film delivered, to making the audiences feel like they either want to vomit incessantly from the mutilation and/or never have sex again.

Wanton mutilation, violence and gore have been in films for a while, dating back to the numerous underground horror films from the late 1960s. It continued in the 70s with disturbing films such as El Topo (1970) and Last House on the Left (1972), and then in the 80s with films like Cannibal Holocaust (1980). The timeline goes on, a key difference between then and now is that these films weren’t on the same commercial level of say, Star Wars or Indiana Jones; they attained fame and cult followings over the years. However, the blockbusters of horror these days like Saw (lazily shot in 18 days) happen to be the ones consisting of screaming women being raped and men enduring testicular torture. These are the films whose posters are showcased in every rental store and movie theater across the world:

But it’s not only the filmmakers that have changed. It’s safe to say that current audiences have become either invulnerable or immune. In 1931, the nation was horrified upon the release of James Whale’s famous screen adaptation of Mary Shelly’s Frankenstein, starring horror guru Boris Karloff. A similar scare pandemic occurred in 1960 when Alfred Hitchcock’s Psycho came out, and then true mass hysteria took place in late 1973 when The Exorcist premiered, with people literally screaming and fainting in theater aisles. And, of course, every single cineplex in the summer of 1975 shook from the reaction to Jaws. Today, people watch these films for nostalgia, not fear.

Filmgoers were arguably more timid in the mid- to late-20th century. But over the years, we have seen frightening imagery not only in films but also in real life, not only from wars, but random serial killings and school shootings. And we’ve been exposed to more dark and frightening imagery from film, television and music. We’ve become used to seeing the dark side and somewhat perverted nature of mankind, and we’ve learned to accept violence as part of even the most mundane newscast. So whenever a horror film that consists of rape, mutilation and other unsettling subject matter is released, we seem to yawn it off. Some filmmakers have been smart, using filmmaking techniques rather than the actual subject matter itself to trigger the fear, such as the purposefully amateurish styles found in The Blair Witch Project and 28 Days Later, both shot on camcorders.

People will only become more and more passive to horror films. “Horror” used to denote creepy and unsettling subject matter mixed with occasional visceral shocks—think of The Shining (1980). Now any movie with the slightest intellectual engagement is considered a “thriller,” like The Sixth Sense (1999), which would have been considered horror in any other decade. Who knows, maybe this horror era will lead to a better one. The Lon Chaney age went into the Karloff age, the Karloff into the Vincent Price/Hitchcock era, and the Zombie age of George A. Romero led to the New Wave horror of Wes Craven and David Cronenberg in the 80s.

But by the looks of it right now, the horror movies in the first decade of the 21st century have been less than impressive. Is horror on the road to becoming obsolete as a film genre? The audience can’t become more timid and the producers of horror films won’t be any cleverer. And to all horror film enthusiasts like myself, the fact that this genre is completely losing its charm is far more terrifying than a crazed Jack Nicholson chasing someone around with an ax.