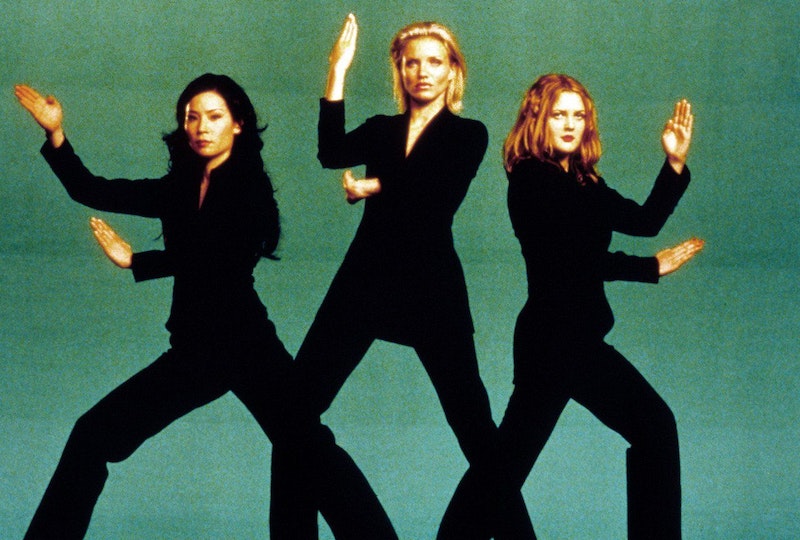 In the early 2000s, McG was a director whose three-letter stage name became shorthand for high-octane crap, movies so big, dumb, loud, and bad that they contributed to the decline of American intelligence and popular culture. Joseph McGinty Nichol (he’s got a good stage name) was already a distinguished director of music videos before he signed on to make Charlie’s Angels at the end of the 1990s. The cast wasn’t exactly settled—Cameron Diaz was in, Drew Barrymore was starring and producing, and problems with Thandiwe Newton and Foxy Problem eventually led to the casting of Lucy Liu—but this was the man that made the videos for Smash Mouth’s “All Star,” Sugar Ray’s “Fly,” and The Offspring’s “Pretty Fly (For a White Guy).” Jonathan Glazer, Spike Jonze, Jonathan Dayton and Valerie Faris had broken through making music videos and were now making major motion pictures—what’s stopping McG from making a millennium masterpiece for $93 million?

I saw Charlie’s Angels at Bow-Tie Cinemas in Chelsea in November 2000, and even though it’s been nearly 22 years since I last saw it, the super villain’s evil master plan struck me cold and I’ve thought about it regularly since: Sam Rockwell plays a tech wizard who, presaging all of Silicon Valley, pretends to be an autistic freak in public but is planning on using his patented voice recognition technology to turn every phone on Earth into a “homing device.” Kelly Lynch, still pretending to be on the Angels’ side, says that, “There’ll be no such thing as privacy.” I watched Charlie’s Angels for the first time since that weekend in November 2000 this past Friday, and was surprised that this bit about there being no privacy in the future came only half an hour into the movie, not at the end as I remembered.

But the whole speech—the motivation, the phrasing, the prediction—was exactly how I remembered it. And I must’ve spent the rest of the movie thinking about the shower in our Lower Manhattan apartment: surely no one could see into there, with the special glass on the door and the stone walls? Never—but I also remember the sinking feeling in my gut that this was the future, and as an eight-year-old, I couldn’t do anything about it. Charlie’s Angels is in some ways a strange movie: one that grossed $250 million worldwide but left hardly any cultural imprint; a movie full of now-politically incorrect material including geisha outfits and bindi disguises; even the idea of remaking a television show from the 1970s known for its silly chauvinist stupidity into a major motion picture.

At the same time, I don’t see much difference between any Marvel movie, or the far worse all-female mercenary movie The 355, or even Everything Everywhere All At Once. Besides the ditzy chicks script, this is a piece of fluff fun that seems sedate compared to Michael Bay’s Ambulance, and shot with a verve full of trick zooms, wide lenses, and slow motion. It’s the kind of action movie that was ridiculed in its time for being poorly crafted, undercooked, and superfluous in just about every way, but today? It’s nice to see real cars crash and explode. This doesn’t make a masterpiece or a worthwhile curio or even a good movie, but that bit about privacy has stuck with me, because it so accurately predicts our present. Revelations are everywhere.