A disporportionate number of this summer's blockbusters concern white men who are angry as hell. 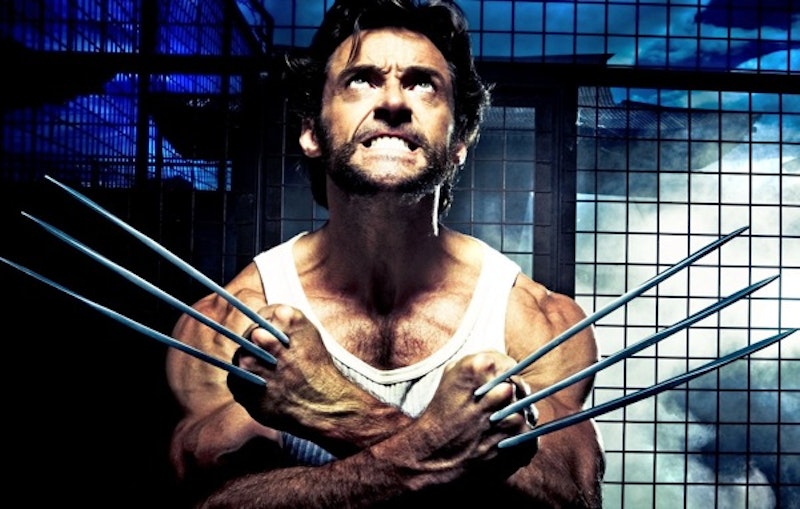 Summer movies are upon us, and with a full five months of blockbusters, we’re beginning to see what a hit is in this economy.

Let’s take note of the breakouts so far: Knowing, Paul Blart: Mall Cop, Taken, Fast and Furious, and now Wolverine. Notice a trend? All have angry or embattled (white) men as protagonists. Another surprise hit, Race to Witch Mountain, is a kid’s movie with former angry man The Rock as its lead. The notable exception to this rule is Observe and Report, which is really too arty and strange for a mass audience anyway.

Who are the angriest people in America, right now? The persistent influence of Rush Limbaugh even as Democrats took over Congress, and the rise in Fox News’ ratings—slaughtering MSNBC and CNN and dominated cable TV in general, second only to USA—provides the obvious answer: working class men. It has gotten so bad MSNBC has decided Keith Olbermann is not mad or working class enough, so they hired politico, and former football player, Ed Schultz. Some are calling it a “he-cession.” Men represent over 80 percent of the current job losses; the unemployment rate of black men is 15 percent.

Male protagonists heading blockbusters is not a trend; it’s the norm, really. But the movies above had pretty low expectations: hence the early, pre-summer releases. Despite being generally bad, they have performed quite well. Recessions and depressions are good for Hollywood, the saying goes, but it’s more complicated than that. First, let’s remember the larger issues Hollywood faces these days: home theater systems, Netflix, iTunes, and the cost of going to the movies (with snacks and drinks, taking the family out to the movies is a pricey affair). Second, let’s also remember that the most notable films from Hollywood’s Depression boom were spectacles like Scarface or Busby Berkley's films.

This makes Wolverine's spectacular, if expected, open of $158 million worldwide all the more notable. Most superhero movies open well these days, at least those with proven box office pull like X-Men franchise. Wolverine’s formula, however, was particularly canny. Bravo to Gavin Hood and its marketers. The movie? Well, I give it a C-, and that’s just because I adore superhero flicks.

It's not hard to see how the recession factors into Wolverine’s plot and setup. Logan is Mr. Blue Collar. He wears flannel. He's a lumberjack who wants a simple life: hot babe who's also a schoolteacher, and a house in the forest. The big militaristic government takes it away from him. Even though you need to see the movie to know this, Logan's anger (is there any moment in the trailer when he's not angry?) is the perfect cipher for the tens of thousands of unemployed men bearing the brunt of the recession. Wolverine traffics in anti-government and anti-institutional sentiments. It's overbearingly Western (think "maverick") in its feel. Will.I.Am wears a cowboy hat for chrissakes. Paging Joe the Plumber!

Sure, there have been other non-angry-white-men movies out this year: Tyler Perry’s Madea Goes To Jail has been his biggest success yet, and He’s Just Not That Into You did all right (women have to see something).

Matched with special effects, it's no mystery why movies like Wolverine and Knowing have done well. It will be interesting to see how Star Trek does this weekend, given its men are less angry, more pretty and idealistic. Chris Pine is the fantasy of teenage girls and bi-curious boys, after all, not blue collar men. Will J.J. Abrams' film, with its gorgeous, glowing (blinding, apparently) optimism fare similarly as well as Wolverine's hairy, ugly darkness? Do special effects films need a dash of cynicism, despair and vitriol to pop in this economy? Stay tuned.