Just so long as you recognize the aesthetic failures of bourgeois sentimentalism. 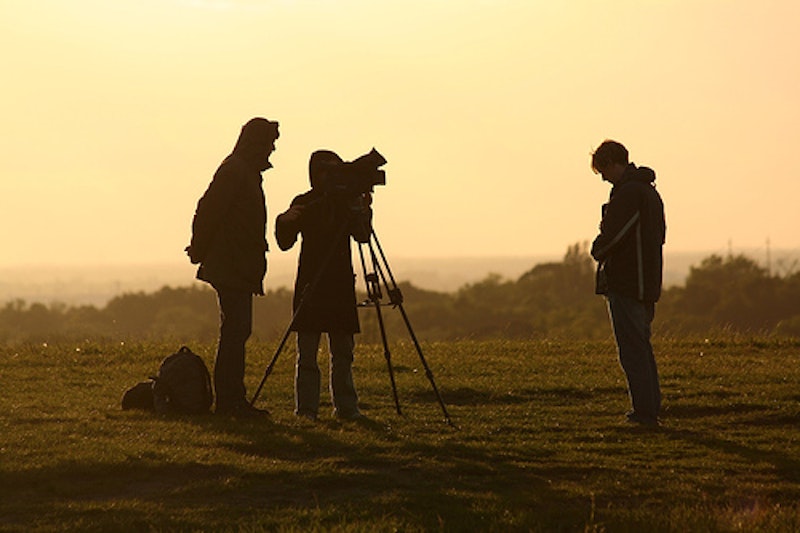 As a first-time reader of the late, and in many quarters, revered Pauline Kael, I was surprised to discover that she’s boring as fuck.

Okay, she’s sometimes slightly less boring than that. Going Steady, her third volume from 1968 and the one that I happened to get my hands on, has its share of zingers. I smiled when she noted acidly of Mel Brooks’ script for The Producers: “That’s not screenwriting; it’s gagwriting.” I’m always up for seeing Norman Mailer ridiculed, and her pummeling of his Wild 90 as a lazy egotistical exercise in flab was satisfying. And there are several entertaining anecdotes sprinkled throughout. Such as this one:

Once, in Berkeley, after a lecture by LeRoi Jones, as the audience got up to leave, I asked an elderly white couple next to me how they could applaud when Jones said that all whites should be killed. And the little gray-haired woman replied, “But that was just a metaphor. He’s a wonderful speaker.”

I can see James Baldwin telling that story and spinning it into an extended meditation on race and self-delusion—and not just white self-delusion either, since, after all, and to a not insignificant extent, LeRoi Jones was in fact full of shit, was not planning on killing anyone, and comes out looking at least as ridiculous as his supposedly clueless admirer. Baldwin would have noted, too, that Jones’ firebrand rhetoric was predicated, economically, on the benign disbelief of this bourgeois couple—a disbelief that, if it were to shatter, would have put someone other than the whites in danger of immediate and catastrophic violence. Perhaps Baldwin might even have discussed his own personal reaction to Jones’ speech, and talked about which parts he agreed with, which parts he disagreed with, and why.

Kael doesn’t do any of that, though. She just uses the incident to show that old, boring white people sentimentalize art and therefore don’t understand just how very subversive Bunuel is. She even quotes that bit where Bunuel talks about how his films are a passionate call to murder, etc. Because nothing screams “danger” quite like quoting Bunuel from the pages of The New Yorker.

Not that I hate Bunuel; he’s one of my favorite filmmakers. I like him so much, in fact, that Kael can’t ruin him for me, even when she declares sententiously that “Bunuel’s style tells the truth of his feelings; the Spanish stance is too strong for soft emotions like pity.” Yeah, well, my soft emotion is that I want to get in a Spanish stance and defecate freely on each and every critic who uses the phrase “truth of his feelings.”

This seems to be quintessential Kael: she is the sort of critic who enthuses over strong-willed art in the language of bathos. Nor should this come as a surprise, since there’s nothing quite so wishy-washy as praising principle for its form rather than its content. In that anecdote about LeRoi Jones, Kael manages to suggest an affinity with his rhetoric without actually either endorsing or objecting to the extermination of her own race. In her praise of Bunuel, she notes approvingly that “he never makes people pitiable lumps,” though she also says “he can be so coldly unpleasant that we are repelled.” To which one is forced to ask, “What you mean we, bourgeois tastemaker?”

Of course, by “we,” Kael actually means “I,” or, more completely, “I who am not quite willing to own an opinion, and therefore intend to attribute it to a pseudo-mystical, validating other.” It’s an odd rhetorical device for a contrarian critic like Kael—after all, if we (ahem) aren’t reading her to find out her opinions, then why on earth are we reading her? And yet, it’s a move she makes over and over again. Here she is, for instance, in the final paragraph of the volume’s centerpiece, a 40-page essay titled “Trash, Art, and the Movies”:

If we’ve grown up at the movies we know that good work is continuous not with the academic, respectable tradition but with the glimpses of something good in trash, but we want the subversive gesture carried to the domain of discovery. Trash has given us an appetite for art.

The “we” here is meant to create a community. It makes it look like Kael has a thesis, when all she really has is a long essay in which she says she likes trashy genre pictures and doesn’t like 2001 and The Graduate and likes bits of Hitchcock and how all of this has prepared her for liking really good movies made by people she will praise in some other essays elsewhere in the book.

In other words, Kael uses “we” because there is no “we”; the point for her is always self-referential; her thesis is always, “I am right.” And that solipsism is, in turn, a function, not of rampant egotism, but of the categories she uses. As “Trash, Art, and the Movies” suggests, Kael is obsessed with what is art and what isn’t art and with the evil “businessmen” who muck up everything and make it “almost impossibly difficult for the artists to try anything new.” To read Pauline Kael, therefore, is to be confronted with a capitalism whose worst sin is making mediocre movies; with a bourgeois society the worst sin of which is enjoying those same mediocre films. Smack dab at the end of the 60s, Kael has nothing to say about Vietnam, or Lyndon Johnson, or civil rights, or any of the cataclysmic upheavals of her day. She manages to write a review of Godard’s La Chinoise in which she explicates Godard’s feelings about revolutionary youth but doesn’t tell us anything about her own position except, “Yep, I think Godard is really clever!”

Even when she does take something akin to a moral stand, she is almost apologetic about it, and scurries quickly back to the safety of purely aesthetic concerns. Thus, in one of her best reviews, she demonstrates clearly that The Stalking Moon is a racist piece of garbage … and then blames its “prejudice” on the fact that “the easiest, fastest way for commercial entertainment to appeal to a mass audience is to touch soft spots.” In short, racism springs from the aesthetic failures of bourgeois sentimentalism—which is why Communists are not anti-Semitic and why D.W. Griffith’s artistic genius resulted in such egalitarian cinema.

There is no doubt that Kael loves movies, and trash and art. She loves them so much, in fact, that she tends to forget that there are other things out there. She measures the world by art rather than the other way round, and as a result her every effort at profundity becomes banal. “What is missing,” she says, in an inadvertent moment of self-revelation, “is the connection—or context—in which movies are a continuing art.” The truth is, if you take a broad view, or even a narrow one, it just doesn’t matter that much whether you prefer The Graduate or The Thomas Crown Affair. The morals and beliefs and loves that led you to that preference, on the other hand, can matter quite a bit. But those are precisely what Kael refuses to discuss, which is why, at the end of this volume, I felt I had learned little about her, very little about the movies, and  even less about that big swath of existence we refer to as “everything else.”