He hated watching himself on the screen. 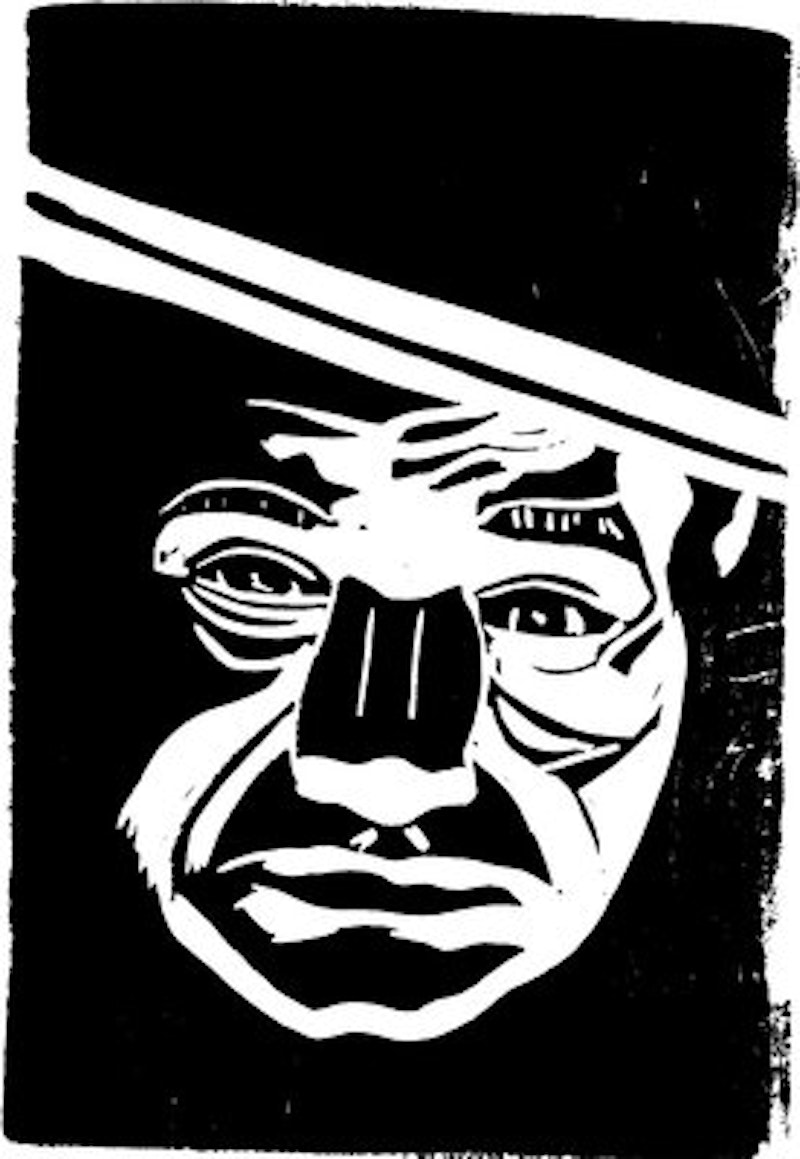 Edward G. Robinson’s 1930 portrayal of gangster Caesar Enrico Bandello in the film Little Caesar created the prototype for the modern movie gangster. Though he lacked physical stature and leading man good looks, Robinson acted with an authority and passion that dominated the screen. His portrayal of the cruel and ruthless “Rico” was so gritty and realistic that many actual gangsters adopted his mannerisms of chomping down on a cigar and snarling orders out of the side of their mouth. After “Rico” is machine-gunned down in the final scene and utters the famous dying line, “Mother of mercy! Is this the end of Rico,” the age of the gangster movie had formally begun.

Robinson was born Emanuel Goldenberg in 1893 Romania. These were the days of the anti-Jewish pogroms and Robinson’s older brother was struck in the head by a rock during an anti-Semitic “schoolyard game.” His brother would die from the effects of the blow years later. To escape the persecution, Robinson’s family scraped together funds for passage to America. “At Ellis Island I was born again,” Robinson said. “Life for me began at age 10.”

As a teenager, Robinson hoped to become a rabbi or a criminal lawyer “to defend human beings who were abused or exploited.” He entered City College in New York and discovered acting. At age 19, he attended the American Academy of Dramatic Art and changed his last name to Robinson. He acted in the Yiddish Theater and moved on to Broadway.

After his explosive performance in Little Caesar, Robinson became typecast in Warner Brothers gangster films. He acted beside James Cagney in Smart Money and with Humphrey Bogart in A Slight Case of Murder. His favorite performance came in Dr. Ehrlich’s Magic Bullet where he played the scientist who discovered the cure for syphilis. He hated watching himself on the screen thinking he resembled “a miniature gargoyle.”

Off screen, Robinson was a distinguished man of great kindness and courtesy. In the lead-up to World War II, he donated more than $250,000 to anti-Fascist charity groups. He was one of the first actors to become an outspoken critic of Nazism. In 1938, he hosted the Committee of 56, a group of renowned filmmakers who called for a boycott of all German-made products. His political involvement would later cause him to be subpoenaed by the House Un-American Activities Committee. After several years of being blacklisted, he was finally cleared of all suspicions.

Robinson was a lover of the arts. As a teenager, he collected cigar labels and baseball cards. As his career took off, he used his newfound wealth to purchase artwork. By the 1950s, his collection grew to include works by Picasso, Van Gogh, Gauguin, Chagall, Degas, Monet, Matisse, Renoir, Seurat and Toulouse-Lautrec. In 1953, the Museum of Modern Art in New York featured an exhibit of Robinson’s collection. He recorded his thoughts in the exhibit catalogue:

“I am not a collector. I’m just an innocent bystander who has been taken over by a collection. It’s a rewarding life even if it takes over your house, your family, your income and your life. If I hadn’t become a movie gangster not one of my paintings would have had the chance to collect me. Here is a paradox: turn killer and you have the means to satisfy your thirst for beauty. When Hollywood conveyed me, through devious and sin-stained roles, to a succession of sizzling electric chairs, the paintings began to appear. Crime, it seems, sometimes does pay.”

In 1956, Robinson was forced to sell his art collection as part of a divorce settlement with his wife of 29 years, Gladys Lloyd. Robinson was devastated by the divorce. He was also troubled by the difficulties of his only son who had run-ins with police and attempted suicide on several occasions.

Despite his personal troubles, Robinson continued acting, appearing in more than 100 movies. Prominent roles included psychotic gangster Johnny Rocco in Key Largo, insurance claims adjuster Barton Keyes in Double Indemnity and an aging poker champion in The Cincinnati Kid. Robinson was well-respected and he worked with prominent directors like Fritz Lang, John Huston, Billy Wilder and Orson Welles. He appeared as a rebellious Israelite in Cecil B. DeMille’s The Ten Commandments.

In 1972, Francis Ford Coppola seriously considered Robinson for the role of Don Corleone in The Godfather. Robinson’s last film role was the sci-fi classic Soylent Green where he spoke about the wonders of earth before the world became toxic. He died of bladder cancer just 12 days after shooting was completed.

Robinson was the inspiration for several animated characters that caricatured his distinctive snarling gangster persona. He appeared as Rocky in the Bugs Bunny cartoon Racketeer Rabbit and inspired Hank Azaria’s depiction of Police Chief Wiggum in The Simpsons.