Belly of a Rotting Dog 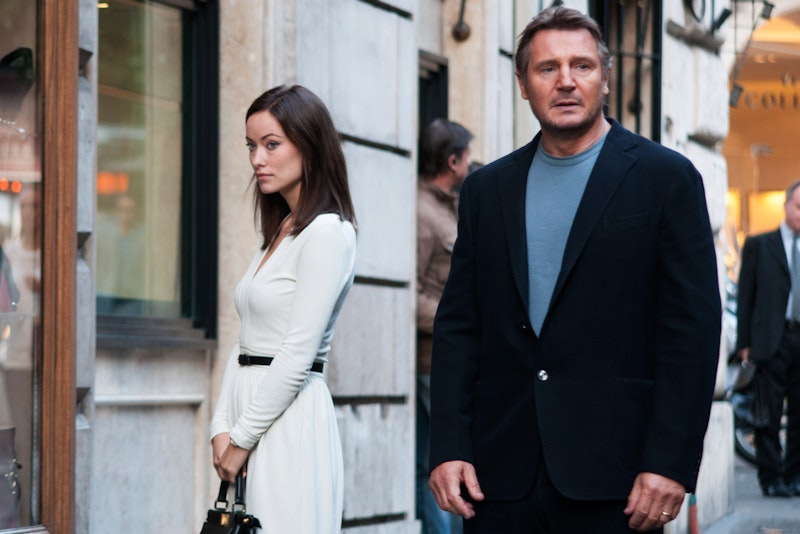 Paul Haggis directed Crash, a melodrama of seven or eight groups of characters whose stories intersect through Los Angeles. It was a shorter, less dry, less weird version of Short Cuts or Magnolia. Crash won lots of Oscars in an upset over Brokeback Mountain, including Best Picture. It’s sort of been forgotten. I really liked it at the time and was psyched that my favorite movie of the year went on to win Best Picture. Personally, the Oscars are a depressing drag to watch now, mostly because you can’t stand how serious and opulent and self-congratulatory it all is, but I kept scorecards with predictions, my picks and who was likely to win, for every award. Even though Crash was a sort of condensed, low-rent version of the movies mentioned above, it was seedy, intense, and grand without being too pretentious. The way it was cut and shot was in your face and took chances.

Haggis’ latest film, Third Person is deeply confusing and distressing. It’s really bad, just competent enough to avoid being as clunky as The Happening or The Room, but without any pulse or signs of life. Even with an expensive cast—Adrien Brody, Mila Kunis, Liam Neeson, Olivia Wilde, Kim Bassinger, Maria Bello, and James Franco—this script came out of a waste bin. The execution is tossed off and amateurish, and nothing happens. How could this have gotten made? It’s been trashed across the board, but I’m still confused, how did these actors, this director, and everyone else involved not know they were in the belly of a rotting dog? Is it that only this kind of middle of the road crap gets made regularly anymore? You can take an okay-to-shit script and cut it down and save yourself with mood, style, and editing. Third Person is lifeless; the incidental music is all cheesy muzak that prevents you from ever feeling anything.

The performances are pretty good actually—they’re good actors, and they make the best of it. But this is just an interminable slog and 130 minutes of psychic pain. Neeson and Wilde play successful authors having an affair and the rest are all characters in their (or his?) novel. Even though you can see this coming 10 minutes in, that’s no kiss of death. If a movie grabs you, it doesn’t matter if you know where it’ll end. This is a Honda commercial! It looks like a YouTube ad! The frustrating thing about Third Person is that it’s as weak and poorly made as you can get before you veer into genius, like The Happening and The Room. Bizarre, robotic dialogue, entire scenes devoted to diversions that add nothing and tell us zero about the characters. Could it be that the film’s passionless lope is tied in with Neeson’s own delusions of…? Please. I can’t even fill in the blanks because there is nothing here to take away. Bad movies get made, but with this cast, and a director with a movie as good as Crash under his belt, you can’t stop thinking how it all went down. And you leave drained.