Do the Broadcast vs. Cable Debates Matter Anymore? 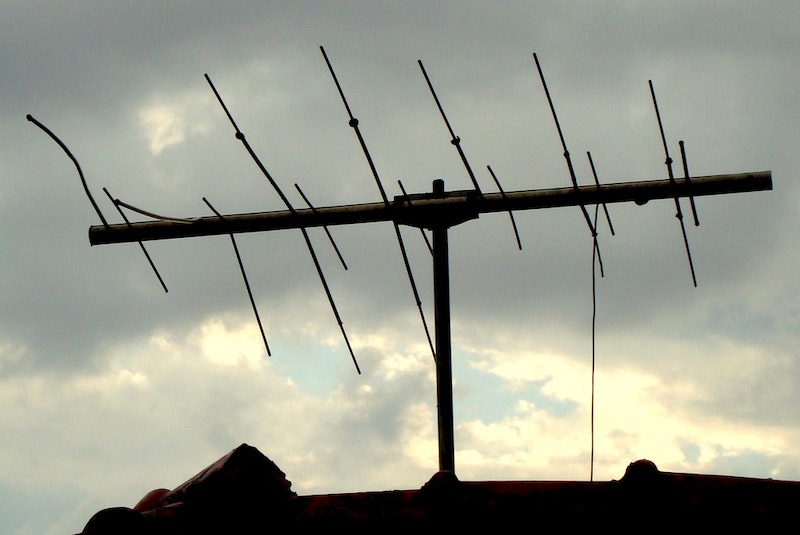 I'm about to make a cheap argument. A "cheap argument" is obvious to everyone, satisfies no one and makes only a small group of people feel self-satisfied. Think of an essay titled: "Sarah Palin Isn't the Sharpest Tack in the Box." Too easy! Solves nothing! But I bet it feels good to write.

My cheap question: Is there any point discussing the "broadcast" and "cable" divide anymore? It's a distinction I've made myself, but in our convergence culture is becoming anachronistic. Why?

1. The economic models are converging (and have been for quite some time).

For those of us born after 1980, a little history: the rise of cable is a very specific phenomenon. It had been around for years for rural customers who couldn't receive urban signals, but took off in the 80s as companies sought ways to reach new, upscale, suburban and targeted audiences, led by Ted Turner's TBS, MTV and HBO. Broadcast was everywhere and in the air, cable was special and in physical form.

Now, of course, the air-versus-cable distinction is mostly irrelevant, and broadcast networks are a handful of channels in a sea of many. No longer must-see ratings juggernauts, like cable channels they are starting to ask cable operators for money for carrying them—though potentially to the detriment of smaller cable networks.

Don't get me wrong; the broadcast nets are still far more valuable than cable nets. They are generally durable brands, like Tylenol and Band-Aid, and they distribute a lot more original programming—cable is still the land of the repeat (how many times can E! air Keeping Up with the Kardashians?)

2. Basically everyone gets the same ratings, or they will soon after American Idol is canceled.

Or, where the graph above comes in. Cable programming has for many years been more marketable than that of the broadcasters. Of course, despite declining market share in the advertiser-friendly demo, the broadcasters are just four, but the trend is not looking good for the big four.

Certainly the summer is now firmly in cable's hands. And even the ratings for fall and spring broadcast scripted programming is starting to look cable-like in spots. Summer shows like True Blood (an unfair comparison, to be sure) and The Closer would be welcome additions for many of the big four, even as reality shows like Dancing with the Stars and American Idol and live event programs like the Oscars and the Super Bowl still give cultural and financial clout to TV's veterans.

3. The same corporations own most of them.

(Note this information is from CJR (http://www.cjr.org/resources) and may be out-of-date, especially with the impending Comcast-NBC deal)

Let's look at the companies that own the broadcast networks and see what major cable properties are also in their portfolios:

This is cheapest part of the argument, the "corporations own everything anyway" line that's about as old as the 80s in television debates. Still, it's important to note that companies owning broadcast networks saw the trend a long time ago and worked to diversify their portfolios in the face of growing competition for eyeballs.

Among the cable networks themselves, we see not too much diversity:

Cable is far from scrappy and corporations owning broadcast stations are far from weak. No one would envy the big media companies these days, but they've got something going for them. Newspaper companies they are not.

4. Cable rules the summer, but who rules cable?

This is an extension of #3. If we break down the summer's top cable hits, we see only a handful of companies, including a few broadcast players in NBC and ABC (Disney). This is part two of the "cheap" argument.

5. Consumers are making less of a distinction.

Besides journalists and academics, does anyone really care about the distinction between broadcast and cable? For subscribers to digital cable—and for the alleged cord-cutting millennials out there (I'm among the few who actually pays for TV in my home!)—NBC, ABC, CBS and Fox are just a couple of channels. We have little or no nostalgia for the days of turning the 13-channel dial on the TV set or watching the trustworthy anchor at six p.m. In an OnDemand, Hulu, Netflix, 500-channel world, the broadcasters are four-among-many. They're a well-endowed, content-churning foursome, so they've got our attention (we like Glee!), but practically speaking their novelty is running a little thin.

Media history is always changing and I would never say all the trends we see today will be around for even the next five, let alone 20, years. But I always pause when I read an article pitting the broadcast set with the cable upstarts. I'm just not sure if it makes sense anymore.