This summer marks the 30th anniversary of Animal House, the frat comedy with an under-appreciated cultural relevance. Bluto, Flounder, and the rest of Deltas rebelled against the pro-military elite, voicing a working class resentment of the 60s that had nothing to do with hippies, Woodstock, or healing crystals. One writer thinks today's frats could use a lesson on how to make college interesting and anti-establishment. 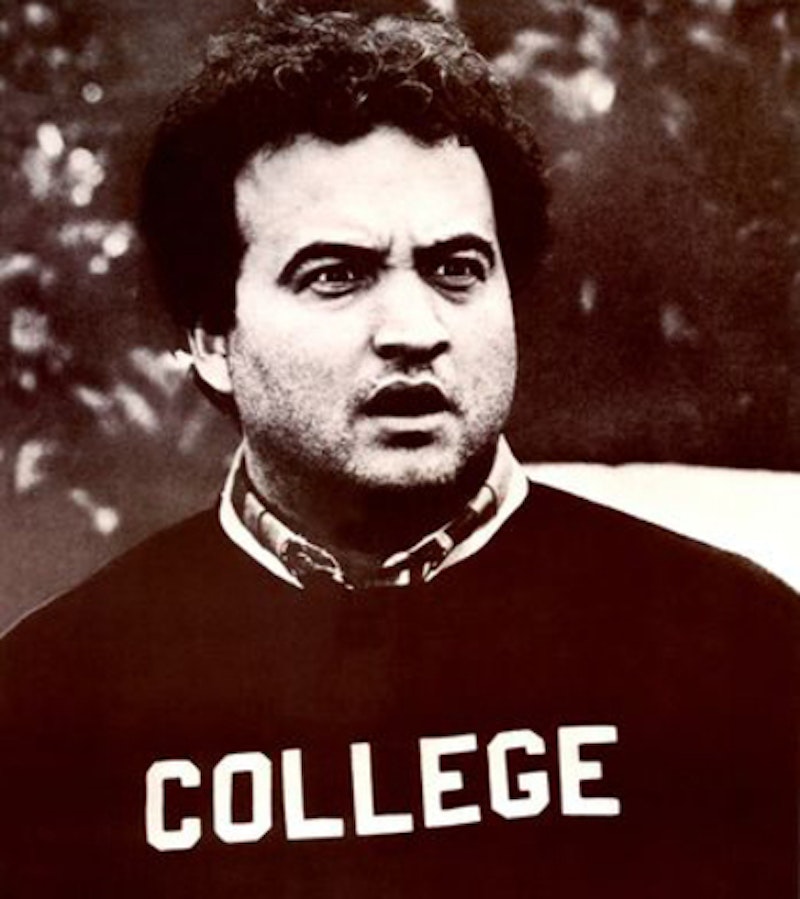 As you may or may not know, this past July 28 was the 30th anniversary of the seminal college film "National Lampoon's Animal House." This film more accurately portrays college and fraternity life in the 1960s than any other film ever made, and that is a fact.

As I sat in my sagging lounge chair thinking about Faber College compared to the University of Nebraska-Lincoln, I began to grow more and more disappointed with UNL. Where are those campus personalities? Where are those easily definable and distinct fraternities?

What has happened to our fraternities? If "Animal House" is as true an indicator as I am going to assume it is, fraternities used to have distinct and definable personas represented by the people in them. There were pompous frats, party frats, trash frats, smart frats, etc. In this day and age, our fraternities have been distilled down to one homogeneous, ultra-bland, consistent bore-fest that is hardly distinguishable from any other residency group on campus.

"Animal House" is set in 1962, in an America on the thin line between the blandness of the 1950s and the revolution of the 1960s. The dull contentedness of the '50s still held in some circles, but the boisterous rebellion of the '60s had begun to surface. America was changing, and Delta Tau Chi reflected the new face of a nation.

Since then, America and her consumerism has boiled herself back down into the same watery bland mess that she was in the '50s. Too many people, too many frat bros are content to subscribe themselves to a comfortable stereotype defined by whoever is selling their clothes. No one is willing to define their own personas anymore. No one has that kind of personal courage.